The sixth generation of console gaming offered some of the biggest upsets in console video game history in the decades following its crash.  Former console powerhouse Sega said goodbye, Sony claimed some of the highest console sales in history, and an American company managed to reenter the console market and actually grab hold of the second place sales spot.  Microsoft had become interested in console video games after helping develop Windows CE for the Sega Dreamcast and watching PC sales begin to decline in the closing days of the dot-com bubble.  The possibility of a Microsoft console was first mentioned by Bill Gates in late 1999, which was then confirmed by the company in a March 2000 press release.

The Xbox has become a symbol of much consternation with gamers in a generation where competition was quite fierce.  The brand managed to garner little support in Japan but became a largely American-themed console, championing series such as Halo, Dead or Alive, Ninja Gaiden, and Project Gotham Racing, and games like Star Wars: Knights of the Old Republic and Fable.  Despite what criticism may remain from days gone by and what criticism is now being fired at its successor, the Xbox 360, the Xbox deserves its place among the likes of the Dreamcast, Gamecube, and PS2, and fully deserves to have its library explored. 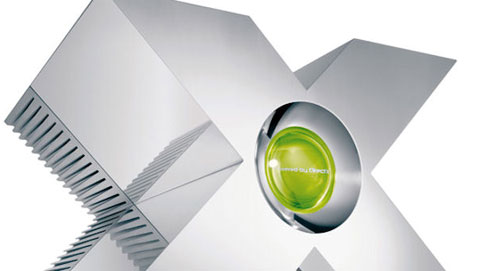 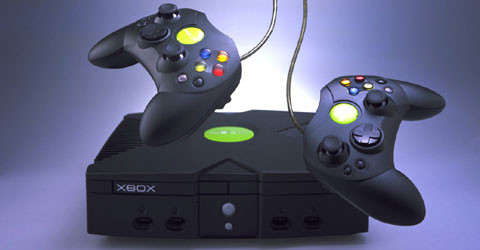 Even though it was overshadowed by the Playstation 2, the orignal Xbox had a respectable game library — especially by the end of its lifespan.  Here are a few guides that will give you a good idea of games to be on the lookout for when building your Xbox library.

Xbox Live Beta Tester Prizes: This rare set of equipment was given to beta testers of Xbox Live.  It included a translucent orange memory card, headset carrying case, and a t-shirt with the phrase “I have great hands.”

Nice! This has piqued my interest in getting an Xbox, although the cost of importing one to my country could end up horrendous…

1) I was under the impression that the Jaguar’s controller was the largest, though I might be wrong.

2) Under “advantages” you might add the system’s innate horsepower (best among its competition) and more specifically its HD readiness: while the other systems had some progressive scan and/or widescreen capabilities, neither went as far on this front as the XB did, not to mention that component cables for the GC are a pain in the neck to find.

Quite a comprehensive piece, here. Needs a little spell checking, though, ie. respectible.

Best scene console ever, thanks to Xport

He he, just few days ago I took my modded xbox out of a cupboard and put there few emulators plus games recommended on this site, and today, another article about Xbox 🙂 Must be a special sign 😀

I personally find “S” controller great, one of the best joypad ever (I have tried PS2, PS1, Dreamcast, original Saturn and Mega Drive/Genesis controllers). Xbox massiveness is high price for its capability – harddrive, power. DVD drives are rubbish, really.

Despite Xbox modability and ability to run (almost) perfectly plenty of cool emulators its, in my opinion, the worst console of those four from 6th gen consoles (DC, PS2, GC, XB) for retrogaming. Almost no japanese imports, 2D shmups, only few good beat em ups, retro collections and thats all. PS2 has at least some good shmups, DC is for me as an “oldtimer” the best. And the last “retro-console” ever.

While lacking in JRPGs, the xbox has quite an impressive selection of western styled RPGs, including KOTOR 1 & 2, Fable, Jade Empire and Morrowind. And as pointed out, has an oddly good selection of 2d fighters.

I got an original Xbox about a year ago just to play Panzer Dragoon Orta. Totally worth it, IMO. I’ve also been playing through the first Halo, which is a pretty good game, but highly overrated. I have had good results from Monster’s component cable. Also of note is where the Xbox manual states something to the effect of the Xbox being heavy enough to crush small children.

This is a great overview with great detail… You and I seem to be on the same wavelength sometimes. 🙂 Here is my video retrospective I published a few months ago.

One thing about the XBOX I hate the most is the controllers. The Logitech wireless ones were pretty bad, original was pretty bad.

Xbox360 on the other hand has the best current gen controllers IMO.

Nice Guide! I held off on getting this console because of all the other systems I already own. the size of this console is huge, almost as big as an Atari 5200. Steel Battalion is the game that would win me to get an XBox, if only i can find the that doesn’t involve a second mortgage! 🙁

Say, how does one get their Avatar pic in the comments?

And Thanks, Metal Jesus,
I need to get caught up on watching the rest of your archive — good stuff!

I had a Gamecube back then and a Dreamcast before it and didn’t think too highly about the Xbox as it seemed to have mostly PC conversions. I was of course aware that there are some great exclusives or “best versions” on this console like Cold Fear and Stranger’s Wrath (both highly recommended by the way) but there just wasn’t enough incentive to get a brand new system which also was very expensive, initially.

However, last year I got a used one in good condition with a solid library (lots of “must-haves” like Fable, Halo 2, Jade Empire, Rallisport Challenge etc.) for a good price and I was *pleasantly* surprised by the whole system. It boots up quickly, has a fairly easy menu, game loading is acceptable and 5.1-sound is supported if you get the right cable.
The only critique I had: The fan was way too loud. I replaced it with a spare PC fan and now have a great system that I get back to whenever I’m too bored with the PS3 😉

What, no mention of the external HD DVD accessory for the (now) discontinued line of HD DVDs?

Duane Dibbley — also don’t forget the XBOX is bullet proof in case your friend in the Sanitation ministry gets itchy in the trigger-finger again.

emmm…Nice but i though every console from 6th generation and above comes with 128 bit processor, not a 32bit cpu

Although i’m a proud PS2 owner, i was always envious of the Original XBOX’s awesome pc-like processing power and online set-up.The graphics and the ability to rip audio tracks your game disc is something the PS2 console severly lacked!

Xbox is one of my top 3 favorite consoles, nice to see a feature on it.

I think you should add something about being able to play online with programs such as Xbox Connect and Xlink Kai, Xbox/Halo 2 is far from dead.

I loved this system and it sports my largest library of games, edging out my Dreamcast collection (because i lost some DC games). I even still have a bunch of XBM demo disks.

Ninja Gaiden really showed off the capabilities of Team Ninja.
Dead or Alive 3 also showcased the power of the XBOX as well as the second game showed off what the Dreamcast could do. Shenmue 2, PGR, Jet Set Radio Future, NHL 2K5 (Best version), Otogi, KOTOR, Jade Empire, 2 Great Oddworld games. Blinx the Timesweeper (underrated), Mechassault (the second was kind of lame and way too easy). Best version of Splinter Cell. I even liked Bloodwake.

Overall it was the Sega exclusives that brought me over there. It was a killer decision picking it up over the Gamecube.