The Sony Playstation Portable was the first big contender to break up Nintendo’s stranglehold on the portable console market in a while.  And while the PSP didn’t quite reach its full potential or wide, mainstream adoption, it had quite a few fans and catered well to a certain gaming demographic.  As you you may have guessed, the PSP has strong RPG support and that trend is supported in this list of highly-collected games.   This is our first installment in this PSP guide, so if you have any interesting information to share that I didn’t cover, please feel free to share it in the comments section below.

Below you will see two prices beside each title. The first is the average selling price for loose games (although this isn’t as common for PSP as many other portable consoles. The second price is the highest price in the past three months for a complete game.   The list is ordered by the balance of the two prices.  Also: in some instances, we will also list an unopened/sealed price range, when available. The Persona series (also known as Shin Megami Tensei: Persona), published by Atlus, is now quite well-known by hardcore gamers, but was fairly under-the-radar back in the late 90s and even up until the mid aughts, coinciding with these PSP re-releases of the PS1 games. At the time of their original PS1 releases, Persona broke typical RPG conventions in North America by taking place in a modern high school setting and the game’s title is inspired by the beings summoned by characters in battle, manifesting from their psychological persona.

Persona 3 was originally released on the PS2, but was a welcome addition to the PSP library as well and is often regarded as one of the very best RPGs on the handheld. It’s also worth mentioning that this PSP “Portable” edition can be viewed as either a preferred way of playing the game or worth replaying for those that already have the PS2 original. It is a more compact version of the game that doesn’t have the epilogue content of Persona 3 FES, but does offer the ability to play as a female character, control their allies in combat, and even run into new characters from Persona 4 and even Catherine — all of which is exclusive to this version.

Each of these three releases saw modest growth each year in aftermarket sales, but all saw a big boom starting in 2020 and accelerating over the next two year — essentially doubling or tripling in value over those three years. (You could typically buy a complete copy of Persona 3 Portable for $30 or less up until mid-2017) Another Atlus-published RPG, Hexyz Force features an engaging narrative that puts you in the role of one of two different protagonist, each with their own origin and each taking their own path. This is all complemented by vibrant graphics, solid battle mechanics, and gorgeous anime cutscenes.

The game was developed by Sting Entertainment, who is known for games such as Riviera, Yggdra Union, and Knights in the Nightmare. However, Hexyz Force may be Sting’s most straightforward and accessible title.

Due to being a bit more limited in distribution than the Persona games, Hexyz Force was never ultra-cheap, but did dip below the $50 range for a couple years in 2017-2019 before spiking up dramatically. The Ys series has been a staple in the RPG genre and Ys I & II have actually been ported to more systems then Final Fantasy III — with each version having their own art style and soundtrack. The PSP version happened to get rave reviews from fans and is recommended as a highly recommended addition to a RPG fan’s PSP collection.

The standard version of the game could often be scored for $30 or less though mid 2019. Once both the 2020s retro boom and the PSP collecting scene got its major boost, we quickly saw prices rise before plateauing in 2021. The Legend of Heroes series (which started as the Dragon Slayer series in the 80s) has quite a heritage. And unlike the typical PSP games, Song of the Ocean uses 2D graphics and a linear gameplay system. This release also featured an interesting pet system where players could bring their pets into battles.

Legend of Heroes III Song of the Ocean was never quite as affordable as most of the others in this list back in the day. It would usually be up to $40 for a complete copy pre-2017. And between 2017 and 2019, you could expect to spend up to $70 for a nice, complete copy. But these last few years have seen copies at least double in value. This cult classic gem is from the lineage of the Hammerin’ Harry games that originated on the NES and Game Boy (which our buddies at HG101 have labeled as a “modern day version of Mystical Ninja / Goemon”.

The franchise was resurrected in 2.5D fashion on the PSP and was one of the first games in the series published in the US by Atlus. It’s a rather cute platform with beatemup influences. 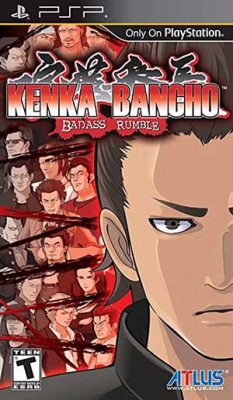 Another game with beatemup leanings, Kenka Bancho: Badass Rumble is a beat’ em-up in a sandbox setting that was developed by Spike and published by Atlus. It definitely wasn’t targeted for a mainstream US audience, but found a cult following with its limited release.

Kenka Bancho: Badass Rumble was almost in bargain bin territory for less than $25 complete through early 2018. In 2019, it did start getting come collecting attention. 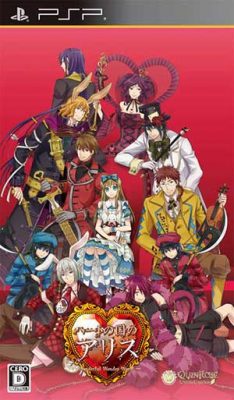 The particular release is the 2nd remake of the Heart no Kuni no Alice game (which was also release on the Vita). The games are a Japanese adventure/visual novel with a fresh take on the Alice in Wonderland story. The game itself originated on the PC before being ported to the PS2 and PSP. (There is also a manga series that follows the story as well).

This PSP version was also released in a double pack with Twin World (the 7th installment in the series — see below). These both came out as the PSP was approaching its eventually discontinuation in 2014 so quantities were rather limited.

Check for Shinsouhan Clover no Kuni no Alice: Wonderful Wonder World on eBay Oh hey, we just talked about about this is both the 7th installment in the Heart no Kuni no Alice series and came out near the end of the Japanese PSP run. It also came in double-packs with Shinsouhan Clover no Kuni no Alice: Wonderful Wonder World (mentioned above).

It takes place in the same location of the first game, but the story is different and introduces some new characters.

Check for Heart no Kuni no Alice: Wonderful Twin World on eBay 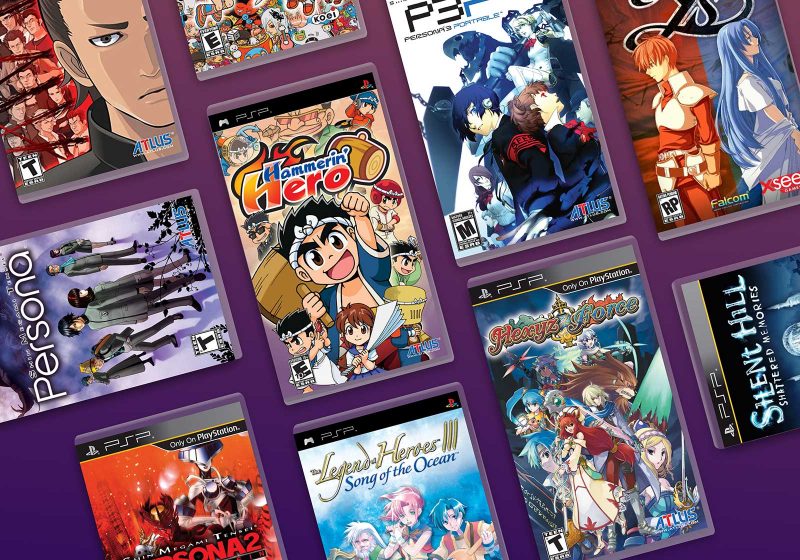 Great list! A few notable ones not on the list are the DJ Max Portable 3 limited edition (1000 copies), along with UMD copy by itself with only 6000 made. DJ Max Fever The Crew had an extremely limited run of 125 copies.

I’d look into Pro Evolution Soccer 2014. North American releases of these games tend to be uncommon.

Oh thanks for the heads-up — definitely hard to find, but one did sell for $115 shipped lately 🙂

This is great as always, thank you for the list!

The premium/limited edition list could probably also use the Lunar Silver Star Harmony Premium edition box set. It’s another nice soundtrack package that they released like for Persona 1/2.

That one was a bit lower on my list, so it didn’t quite make the cut for that subsection. While a mint copy went for $200, some opened ones went for as “little” as $75.

Great article. It has inspired me to set my F2P addiction aside and fire up some old handhelds gathering dust.

Glad I could be of service! It was nice to finally dive into the PSP!
Thanks for the feedback, as usual!

I was happy to see many of the games I made an effort to track down complete copies of have gone up in value (it also helps that many of them are good/unique games).

Thanks again for keeping us up-to-date with new articles. Any chance we’ll see a “best of [x console] for today” article anytime soon? I always felt those were most interesting/informative.

Yeah, someday — I’m going to try to update more of these time-sensitive ones, but I also did enjoy sharing those “best of today” ones.

I think its especially relevant now as prices go up and we all need to prioritize a bit more.

Excellent list, many of these games have become classics especially the rpgs. Thank you for the time and effort spent on this.

Thank you for the thoughtful comment! It’s my honor

I sold all my PSP stuff after buying a Vita in 2013. Atlus had a digital sale and I bought the PSP Persona games for $5 each. A couple years later I realized I was a collector and wanted my PSP stuff again. I went to Amazon and bought all three PSP Persona games, intending to keep them sealed because I could just play the digital versions on Vita. They were $20 each. During the Pandemic the 3 games ballooned to being worth over $1000. They’ve dropped some since (as the article indicates), but still one of the better collector purchases I’ve made.

Great story! I’ve done somewhat similar things with other games (without such excellent selections as yours) and it’s a nice feeling 🙂

Some big hitters here! In the UK it’s pretty much the same story (for the ones that were released here too like persona 2/3, Trails, Ys etc..) but there is an extremely rare and expensive one that anyone collecting a full PAL/EU set will cry over…. Elminage Original. Ghostlight only put out 300 copies. No hype or fanfare, before the ltd run craze. I’ve seen sold listings for £700 +

Good to know — thank you! I will look into this more