Presented by Racketboy and G to the Next Level

Sega’s 32X add-on for the Genesis/Megadrive didn’t last on the market long and there were a modest number of game produced for the device.  The 32X library contained a few gems and a handful of junk as well, but there are some rarities to be found because of the short lifespan.

Prices Current As of January 2018

Below you will see two prices beside each title. The first is the average daily selling price, which is typically the going rate for the game by itself. The second price is the highest price in the past three months, which is usually the price for the new/sealed game. The list is ordered by the balance of the two prices. Note that some of these games are not rare in the sense that there are not many available, but rare relative to demand, which makes the games expensive. 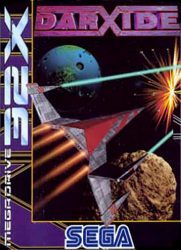 This 3D space shooter from the British firm, Frontier Developments has many interesting aspects to its collectible lore. DarXide was one of the more technically impressive games during the 32X’s short life and it was planned to be a launch title for the soon to be-scrapped Sega Neptune console.

With its limited support, it took some time to see any titles that really showed off what the 32X could really do and demonstrate games that were not quite possible on the likes of the Genesis and Super Nintendo. In the end, DarXide became a PAL exclusive release and was one of the very last games published for the 32X as the add-on was shoved aside for the Sega Saturn. The game starts off on the right track with its hybrid of a 3D take on Asteroids with a subtle StarFox vibe. As you progress through the game, mission objectives start becoming more varied such as rescuing miners and protecting ships.

Darxide is one of the few 32X games to utilize fully textured polygons and simple lighting effects to complement them. It managed to give the impression of relatively smooth flying and fast-paced shoot-em-up action. However, it was perhaps a bit too ambitious as the action could only run at an average of 10 to 20 frames per second (and sometimes dropping into single-digit frames per second during some scenes). It served as a great proof of concept, but also demonstrated why most developers stuck to simple shaded polygons for the platform and/or waited for the Saturn and Playstation for more advanced textures. DarXide’s technical feats are made more impressive when you discover that all the graphical processing is done by the 32X hardware, with the Genesis/Megadrive only handling some of the audio. The game did run into delays, but perhaps performance could have been improved if it offloaded certain graphical tasks to the Megadrive like many of its peers.

Between its rarity and being PAL-only, it’s pretty tricky to score one on eBay. Genuine loose cartridges don’t really surface much and even complete copies show up every so often. One complete copy recently sold for $1373.

With these technical feats, DarXide is a fascinating insight into what the 32X was capable of, but with the steep pricing on this cartridge, the PAL region lock, and the low frame rate, you should really only pick it up as a collector or technical observer instead to enjoy the game. 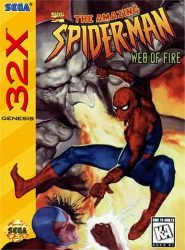 The more conventional holy grail of North American 32X collectors is also the last 32X title to be published in the States. Spider-Man: Web of Fire was actually released after Sega had already announced that they were dropping support for the 32X. With this timing, most of the gaming press glossed over the game, if mentioning at all.

Developed by Blue Sky Software of Vectorman and Jurassic Park fame, the game is an awkward and forgettable action platformer, so it’s not surprising that it didn’t get much exposure. In reality, most people never even talked about the game until Sega collectors started noticing how tricky it was to find.

The graphical style of the CG-like characters make it seem like Sega was going for a Donkey Kong Country-vibe but animations are pretty limited and boss fights would slow down the fight to a crawl at times, if you can even get that far. It feels Sega rushed the game to the shelves as the 32X was fading away, which such a shame as Blue Sky is capable of much better work.

Recently, bare cartridges have been selling for about $250, but if you’re lucky, you might be able to score one for a bit over $200. Boxed copies typically go for near $300, but I’m surprised there isn’t more of a difference between loose and boxed copies recently. There were a couple of sealed copies that sold in the $700-$750 range in 2016. 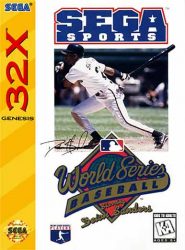 Sega had a great run of first-party sports games in the 90s and the World Series Baseball franchise (also developed by aforementioned Blue Sky Software) was one of their cornerstones for the Sega Genesis/Megadrive. However, in February 1996 Sega released World Series Baseball Starring Deion Sanders for the 32X.

The odd thing about this release, however is that there is very little to distinguish the game from its earlier Genesis counterpart other than an awkward zoom-in effect on certain outfield plays and some odd sound-mixing changes (there is said to be an increased color palette, but it’s not very noticeable). Even the title screen doesn’t look any different and there is no different title, artwork, or feature of Deion Sanders in the game itself like what’s on the game’s box and label artwork.  See this video for a comparison of the series

With it being the second to last US 32X release (just one month before Spider-Man: Web of Fire) and very little reason to buy this more expensive release over the Genesis version, it wasn’t much of a surprise that this release didn’t sell well. Bare cartridges have been hovering in the $100 range while complete copies range from $200 to $250 depending on condition. There was one sealed copy that surfaced this year and sold for $480. 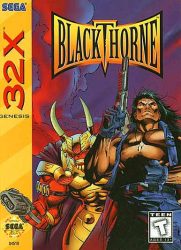 After overseeing the Sega CD cinematic platformer, Heart of the Alien, Interplay collaborated with Blizzard to bring Blackthorne to the 32X after making an appearance on the SNES and PC a year earlier. Much like its peers, Flashback and Another World, Blackthorne gained its status as a cult favorite through screen-by-screen action that is focused on light combat and puzzle solving.

Blackthorne ended up being one of the best action games in the small 32X library, but it does have some notable differences from the SNES version. The game made good use of the 32X color palette as Blackthorne most likely would not have done well on stock Genesis hardware. However, Paradox Development was called upon to work on the port and ended up reworking the sprites and backgrounds. They took taking cues from the likes of Donkey Kong Country and rendered brand new sprites out of 3D models (which may not have aged quite as well as the timeless sprites of the SNES version) and some of the backgrounds don’t quite have the same dramatic feel. Of course, personal preference comes into play here, but you might want to check out some videos comparing the 32X version to the SNES if you are considering buying it purely for the game.

Bare cartridges bounce around the $100 price point while boxed copies can range from $120 to $180 based on condition. There was a sealed copy that recently sold for $321. 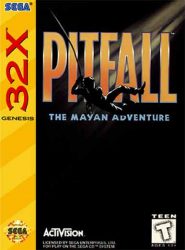 If you were active in the 16-bit generation, you probably remember this sequel to the classic Atari 2600 game showing up on most every console and getting promoted quite a bit. The Sega Genesis version was actually pretty solid and the Sega CD version added a great soundtrack.

This particular 32X port improved the color palette to combat the dithering in the other Sega versions, but it ended up greatly sacrificing frame rate. The Genesis and Sega CD versions easily hold up at 60 frames per second, but the foreground (character sprites and gameplay action) on the 32X version feels significantly choppier at 20 to 30 frames per second. However, since the Genesis hardware handles the background, the artwork and frame rate are identical to its Sega peers. For this reason, the 32X version doesn’t come recommended unless you’re looking to complete the 32X game set.

From my observations, there seems to be less copies up for sale this year than Blackthorne above, but the game itself may be bringing the value down. However, a boxed copy doesn’t show up incredibly often and we haven’t seen a sealed copy in a while (and those in the past weren’t priced much higher than the $250 CIB price). 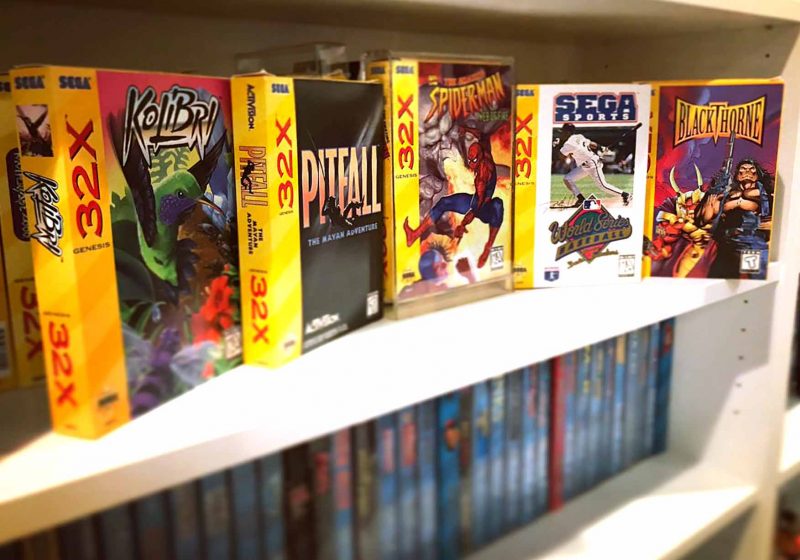 Thanks for the updated information. Boxed 32X games have become really rare where I live over the past several years and even loose commons are going for $5 to $10 each. Interestingly, when boxed titles do turn up they are frequently “converted” cut/paste/place in clamshell case jobs (which often look better than the standard cardboard boxes despite the lost value).

Thanks for the reply! Yeah, personally I don’t really like collecting cardboard boxes. Just too hard to find them in good condition, so I’d be more likely to put in plastic cases and have inserts printed 🙂

I know there will always be purist collectors, but I’ll stick to those that can stay nicer easier. Probably the trickiest stuff I’ll go for is those NTSC Saturn and Sega CD cases 😉

I never noticed a difference in the graphics really, but the 32X version of Blackthorne has extra levels that aren’t in the SNES version. It’s a bit of a bitch to play with the 3 button controller, but it does support the 6 button.