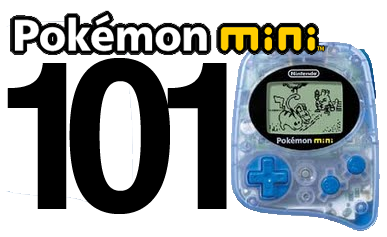 When you think of Nintendo handhelds, chances are you think of the Game Boy, which defined portable gaming for the masses. Or maybe you think of one of its follow ups, the Game Boy Color, or the Game Boy Advance. Maybe it’s the ever popular DS line that comes to mind first, or its latest handheld system, the 3DS. Chances are however, that there is one portable games console from Nintendo that doesn’t spring to mind: the Pokémon Mini. Not to be mistaken for the Pokémon Pikachu virtual pets which launched around the same time , the Pokémon mini launched at the height of the Pokémon series’ popularity in the year 2001 in Japan and North America (2002 in Europe), only a year after the release of fan favourites Pokémon Gold & Silver. Evidently, the Pokémon Mini was evidently meant to sell based on the brand name alone. However, there is more to this miniscule console than meets the eye. 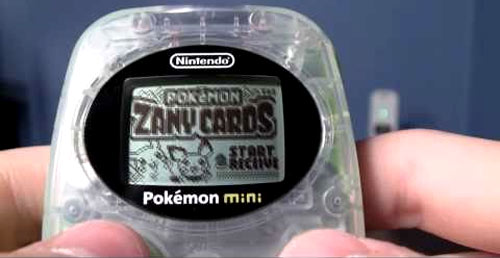 Game Library
The Pokémon Mini library consists of only 10 games, half of which remained as Japanese exclusives.

The Pokémon mini has been hacked by a group of coders known as Team Pokémé. After opening up the console, the team developed a flash cart tech demo known as SHIzZLE (viewable here, Warning: very loud video) which features impressive 3D effects, image distortion, lighting effects and sprite rotation, and have since made tools available for developing homebrew Pokémon Mini games. There are several homebrew games available for the system, as well as many demos and projects in development. The majority of these can be found at the website of Team Pokémé, http://www.pokemon-mini.net . 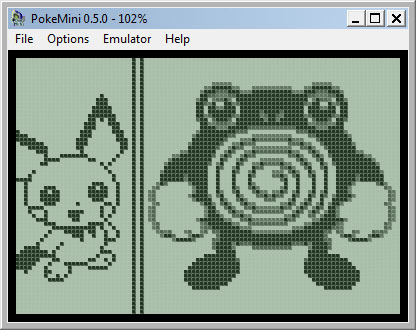 Kind of a weird choice for an article – bring on the Sega Cd’s Most Valuable!

I’ve wanted one since I found out about them 3 years ago, but they’re just too expensive for the novelty factor…
There’s an emulator for Pokémon Mini for Xbox as well.

One would think Nintendo would of ported these games to DSiWare or the eShop.

Another piece of Nintendo history of which I was unaware! I may have to go take a look on ebay tonight 🙂

I thought I knew every piece of Nintendo hardware until I read this article. I never heard of the Pokémon mini before today. I’m fascinated by the novelty of this low-power device. This is very informative.
One note: you might want to double-check your grammar. Consider revising some of these sentences. Maybe ask a friend to read this article aloud to you.
Overall, this is a very cool article. Thanks for all the new info.

Believe me, I’ve noticed all of those errors too. I guess I need to proof-read more!

I’ve got only one unit but I actually really like it. The screen is easy to see even though it’s not lit in any way with a good contrast. It’s slow to update but this allows homebrewers to pull off some nice tricks fooling the eye into thinking there are more shades of grey and detail than is really there.

The homebrew scene is tiny but they’re a friendly bunch. Someone always replies to posts and they’re happy to share information and give help.

I have all of the units and most of the games. A few of the Japanese games are really impossible to find. I think this is just a super cool system for it’s size and what it could do. Nintendo should have made a watch out of one and then ported some Game and Watch stuff to it as well.

Yeah, G&W games would be a perfect fit for it. Shame that Ninty never open source things. If they opened up the Pokemini who knows what gems could’ve been produced… 🙂

Very informative article indeed. To be completely honest I didn’t even know this existed. Keep up the good work!

I saw one of these at a garage sale when I was seven… Had all four US games, too… It was only $10 for system and games, but my mother wouldn’t buy it… God damn you, mom!