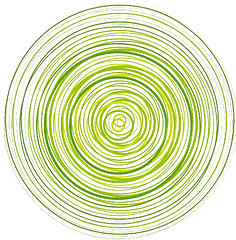 I have to admit, there are a few things about the XBox 360 that really interested me (mainly the controllers, interface, and XBLA), but Microsoft just blew it in my mind.

In a recent interview, Microsoft’s VP of Gaming, Peter Moore (also former Sega exec) said, “Nobody is concerned anymore about backwards compatibility. We under promised and over delivered on that. It’s a very complicated thing… very complex work. I’m just stunned that we have hundreds of games that are backwards compatible.”

I’m thrilled to hear I am a “Nobody”. Any other “Nobody”s out there? I realize that they screwed up my having a different chipset for the 360, but come on!

I don’t know about you, but just by glancing at the official list of XBox games playable on the 360, I notice quite a few XBox exclusives that are missing from the list. Among those that I am especially interested in a Sega’s continuations of cult classic series and other 2D gems:

To be honest, I didn’t see a whole lot of games listed on the official list that I did want to play. And this is significant considering I am really looking into getting an original XBox soon and already have quite a list of titles I want to play soon.

Peter Moore did add: “more are coming, but at some point, you just go, there’s enough, let’s move on, or people aren’t as worried about a game being backwards compatible – and I like to think we’ve upheld our end of the bargain in making at least two or maybe three hundred games backwards compat.”

I’ve said it before, but I’ll say it again. Someday our old consoles will die. In order to be able to play our games decades from now, we need backwards compatibility. (Either that or emulation). Nintendo and Sony are both doing their part. Wish I could say the same about Microsoft. I guess I’ll just be sticking with an original XBox for now.

For more on the subject, check out related posts on some of my favorites blogs:
Siliconera’s Response
Error Macro’s Response

Feel free to share your thoughts on the topic in either the comments section below or in this thread in the forums.

This is why you don’t listen to overpaid old PR men, who know nothing about gaming.