Note from racketboy: For some reason, we don’t typically venture before 1985 in our discussions of console gaming.  However, our newest forum moderator and content contributor, MrPopo is broadening our horizons with a blast back to 1978 and Magnovox’s Odyssey2 console. BTW, The RetroGaming 101 series is aimed at gamers who are just starting out in the classic gaming scene or are curious about an older console that they don’t know much about yet.

Magnavox released the first video game console, the Odyssey, in 1972, predating the Pong machines by three years. However, the games were all included on the circuitry; the cartridges were nothing more than a series of jumpers to select the game. When the Fairchild Channel F and the Atari 2600 released in 1976 and 1977 respectively, which both featured programmable ROM cartridges, Magnavox responded with the Odyssey2 (also known as the Philips Videopac G7000, the Philips Odyssey, and a few other names around the world). While inferior graphically and with a smaller library than it’s competitors, the Odyssey2 managed to last until the crash of 83. 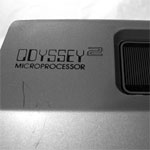 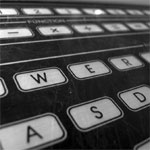 Want to learn more about the Odyssey2?  Check out these links to feed your curiousity

Awesome! I’ve been waiting for us to start hitting the pre-Nintendo era. Thanks very much for the work, Mr. Popo, it’s a great addition to the site.

Excellent! The Philips Odyssey 2 was the first console I had, so I had a lot of memories playing when I was a child. It had great games: K.C. Munchkin! a Pac-man clone with a maze editor, Cosmic Conflic: a Star Wars game, Hockey/Soccer: hundreds of hours playing against my bro and friends, Quest for the Rings a two players board/video game hybrid and UFO an excellent Asteroids clone. Unfortunately most of the games haven’t aged well.

wow! the The Quest for the Rings looks like an EPIC game. So glad you put together this article mrpopo.

I had one of these back in the 80’s. I bought it for one dollar at a school fund raiser. I had a Colecovision at the time, which I was more interested in, so I never played this too much. It’s an interesting relic though.

Thank you! Nice for people to realize that yes, we did have videogames prior to the NES 🙂

Incidentally, the latest AVGN video focusses on the original Odyssey.

So this is a different system than the one AVGN reviewed? Cool, that means we might have a Odyssey2 review from him 🙂

Yeah, that was the original Odyssey. This is the followup.

This article is great. Never new they were so cheap. Might even pick up a boxed one 😀

As for AVGN, his reviews get less funnier over time. I don’t understand his fascination with excrement and bestiality. His Odyssey video could have been good if he didn’t include that stupid piece of shit (literally) with his face on it making nothing but bowel movement effects for 10 minutes. The gun ending was wonderful though.

My first console ever. The name was Philips Videopac here in Italy so I thought it was named after that Pacman clone, K.C. Munchkin!
Also got an horrible formula 1 game…unfortunately I lost the videopac in a house removal 🙁
Then I got my C64 and the Master System right after 🙂

You should do the C64, even though this site isn’t about computers, or the Jaguar.

I have some great memories with this system, one of the first game systems me and my brothers had.
Even after we finally got an atari 2600 we still played
alot of the games on odyssey 2.
I started collecting for this system about 10 years back,
the voice adapter is hilarious.
Even failure systems are a great part of history.

Very outdated as the price for the Older systems has gone up quite a bit since this was written. Demand has started to grow for these systems and they are getting harder to come by at a cheap price.

I am searching for odyssey 2 /j videopac hardware and games.
if somebody have something for sell please contact me.

The videopac/odyssey2 did have a limited thrid party support. In Europe there where 4 Parker games released and 2 Imagic games, that where also avialible in the US.
The videopac did resive a follow up the g7400 that allowed the use of background graphics. It was in fact the unreleased Odyssey3 that was redesigned for the European market. There was a basic module released for it called the c7420 that also carried a z80 processor, extea memory and cassette hookups to allow storing and loading of games.
A active forum for the videopac/odyssey2 can be found at http://www.videopac.nl/forum