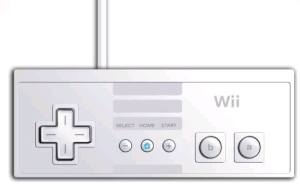 Within the last year, the options for playing classic Nintendo games has multiplied via the Wii’s Virtual Console and a small handful of NES clones now available.

While all the options sound very nice on paper, Ben Kuchera from Ars Technica’s Opposable Thumbs has taken the initiative to actually try all the different retro Nintendo solutions on the same HDTV and see which ones hold up best. As Ben explains it,

“I tested an original NES, the Generation NEX system, the FC Twin, and lastly the Wii Virtual Console version of Super Mario Bros. Each system is hooked up to my HDTV via composite cables except for the Wii, which uses component. I took a picture with each system at three different places in the first level…

I’m convinced that tracking down a working NES is worth the hassle and cost. It just gives the colors and image a level of quality that the clones can’t meet. These sprites are so simple, you really pay attention to things like color composition and design; when the Generation NEX muddies the image so badly, you’re doing yourself a disservice by playing the games so compromised. The FC Twin does a very good job, and since it looks and plays SNES games pretty decently for the price, it may be a good investment (I might have been too hard on it in my original review). I’m going to add a link to that review post so people can see the followup. I know the Virtual Console pictures are unfair—it’s a $250 system hooked up through component—but if you have the means, this is certainly the way to go. It makes your NES games look beautiful, and that may help me justify the cost of buying the games again.”

You can read Ben’s complete comparison for more detail and screenshots in addition to reading his full review of the FC Twin NES/SNES Combo clone that I mentioned the other day.

As one might expect, the cheap NES clones just don’t seem to have what it takes to match a genuine Nintendo piece of hardware.

Now I’d like to see a followup with the other 3 consoles it emulates. Preferably with screenshots that aren’t taken with a camera.

Nice to see component makes a difference even on good ol’ Super Mario Bros. Say, did you ever get component (or VGAHV) figured out with the Dreamcast? That’s something I’d like to see.

I think the reasoning behind using a camera for the screenshots was to show what you’d see with your own eyes on a tv, rather than strictly what’s being output on the screen and exposing flaws you may never even notice.

Thank you for the trials..
I have so many NES originals… for 5 to 10 bucks at a locla goodwill to thrift store one needs not get a clone or Wii to play these…
i prefer the originals… on original hardawre to the Wii…

i do not get the interest in paying $5 for a game that costs $1 to $3 at a junk shop…and you have the original!

i am too tired to even look at proofs…

Thanks, and a GREAT site!