The original Game Boy is becoming a big target for collectors (especially of boxed and sealed games) and logically, the Game Boy Color goes hand-in-hand with it.   The Game Boy Color has a number of interesting rarities due to how long Nintendo kept the platform going — even after the release of the Game Boy Advance.

Much like other classic Nintendo game, we have gradually been seeing stronger demand for complete copies of games in their condition-sensitive cardboard packaging.  It is also worth mentioning that this guide is separate the Rare and Valuable guide for the original Game Boy.

In stark contrast to the Cheapest Games series, this Rare & Valuable series will round up the rarest and most valuable games for a given console or handheld so you’ll know what to look for whether you are buying or selling. Below you will see two prices beside each title. The first is the average daily selling price of the bare cartridge. The second price is the highest price in the past three months which is usually the price for a complete copy.  An average price is also shared for a sealed copy if one has sold recently. The list is ordered by the balance of the two prices. Note that some of these games are not rare in the sense that there are not many available, but rare relative to demand, which makes the games expensive. 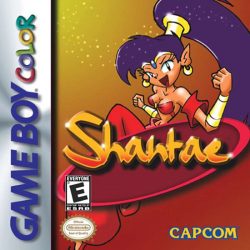 This colorful platformer was released on the tail end of the Gameboy Color’s lifespan but looked so good that it could pass for an early GBA game. It didn’t quite get the proper attention in its early days, so the print run stayed rather modest.

It wasn’t until years later that an appreciation for this classic started to build. It even received many recommendations as an essential pick-up for those that wanted to appreciate the Game Boy Color’s library. Nearly a decade after the release of this Game Boy Color game, sequels started appearing on modern consoles and brought the franchise closer to mainstream status.

And while Shantae has always been solidly placed on this guide of rare gems, the growth of the franchise has definitely contributed to a strong appreciation of the original game’s value since its 2008 value of $27 to $90 or even its $120 to $660 range in 2012. 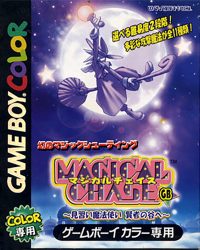 This Cotton-esqe 2D shooter is best known for being a gem in the TurboGrafx 16′s shooter library, but it also made a Japan-only appearance on the Gameboy as well. And while it doesn’t quite live up to the polish of its console brethren, it is actually a quite impressive and colorful port that makes it one of the best shmups on the portable.

Unlike the rapid accent of Shantae above, Magical Chase hasn’t really increased in value over the last decade. Authentic complete copies are still around $400 each when you can find them. There’s always some that are asking hundreds of dollars more than that, but they don’t typically complete the sale. Legit loose cartridges (there’s a TON of reproductions) have been quite difficult to find as well. There’s currently one listed for over $200, but we haven’t seen a completed sale that high lately.

Check for Magical Chase on eBay 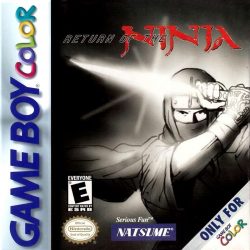 Natsume published this action platformer with stealth elements just a few short months before the arrival of the Game Boy Advance to retail shelves. It’s also worth mentioning that Return of the Ninja was also a spiritual successor to Natsume’s NES game, Shadow of the Ninja.

Loose copies of Return of the the Ninja are far from abundant, but you can usually find a handful of them on eBay at any given day. However, finding a complete copy is quite a challenge. Manuals along command quite a premium, but those boxes are quite elusive. 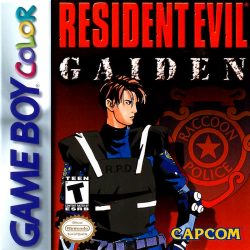 Even though the Resident Evil series always had rather strong momentum behind it, it wasn’t quite the blockbuster series in 2001 that it is now. Also transitioning a cutting-edge 3D game to a 2D Overhead/First person hybrid caused many fans of the series to skip over this Game Boy Color release when it first surfaced. I’m sure some were also curious if the series would be better suited for the upcoming Game Boy Advance that was around the corner.

In the grand scheme of things, the Game Boy Color Resident Evil serves as a fascinating demonstration of creative game design to work with hardware constraints (and an interesting contrast to the more 3D-like port that was cancelled). And for those that collect complete copies and/or Resident Evil games in general, this port is a great conversation piece.

We have already seen the value of Gaiden double to triple in value just since our 2012 guide (range of $34 to $100). However, in 2012, we did see a sealed copy sell for $500. This month a sealed copy of Gaiden sold for $340, but we must admit, the condition of the box was a bit rough and there was some tears in the plastic wrap. 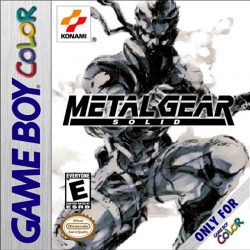 Even though the Metal Gear series was an established 2D franchise before becoming a 3D blockbuster on the Playstation, this 2D Game Boy incarnation still did not warrant a large print run for the Game Boy Color. In fact, this portable version is one of the rarest of all the regular-issue Metal Gear games, right up there with some of the old-school classics.

The Game Boy Color version of Metal Gear Solid is not nearly as common as most “big name” games, but it is not nearly as rare as some other games on this list. The rising values of this title (especially in complete forms) is ready due to the novelty factor of a popular franchise that most people didn’t realize was on an old-school platform. This is somewhat similar to Resident Evil Gaiden above, but perhaps even more hyped. For some comparison, there are probably 3X to 4X as many sealed copies showing up of Metal Gear Solid vs Resident Evil Gaiden, but at almost twice the sale value. In fact, July and August of this year saw three different sealed MGS pieces for $700, $650, and $537. Much higher than the one of RE Gaiden last month for $340)

Metal Gear Solid has also seen a larger percentage gain from 2012 levels: Back then, cartridges of MGS were selling for $25, complete copies were only $60(!) and sealed copies were $228. It’s also worth mentioning, values have nearly double just over the 12 to 16 months. 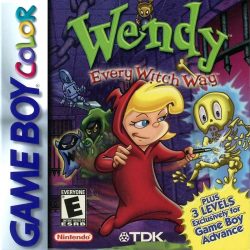 Even though there have been a handful of games that had made use of a “gravity change” over the years (perhaps first made famous by Irem’s Metal Storm on the NES), it was pretty having an under-the-radar gem like Wendy: Every Witch Way utilize this mechanic on the Game Boy Color. As if that gameplay mechanic wasn’t cool enough, Wendy also made great use of the GBC’s color palette and processing power to create a cartoon-like experience. The complete package made for an ideal “Hidden Gem” for the GBC.

I would say that the underground accent of this one is much more understandable as I’ve been recommending this gem for years and it really doesn’t show up in complete condition very often. But it is worth mentioning that most of Wendy’s value appreciation has happened since the beginning of 2018. before that, it was about around a $20 to $50 range for the longest time. 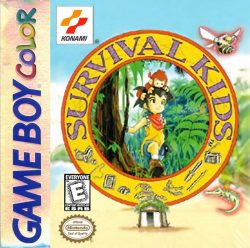 Survival Kids is a pretty interesting take for a Game Boy RPG. It has the overhead style and real-time battles like the Legend of Zelda games, a sim-like experience of Harvest Moon, and an interesting, but straightforward survival theme (who’d have thought from the title, eh?) that is strangely compelling. If you would like a straightforward video review of this Hidden Gem from Konami, I recommend SNESDrunk’s fresh take from a couple years back.

Even though this game is pretty tricky to find in the wild, there’s a pretty decent supply surfacing on eBay lately including some complete copies in nice condition. Up through 2015, Survival Kids stayed in a rather stable $20 to $40 zone, but has climbed steadily in value since then. 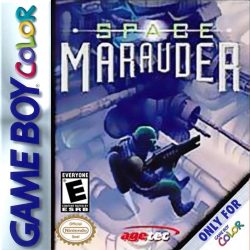 Scrolling shooters (aka Shmups) have increasingly becoming more common on our Rare and Valuable guides. Space Marauder (known as Burai Senshi Color in Japan) is essentially a colorized version of the GameBoy’s Burai Fighter (which is a port of an NES game) but includes different level layouts. The game, however also was developed by KID, which is known for developing the shmup classic, Summer Carnival ’92: Recca for the Famicom.

Other than legit copies of Magical Chase, Space Marauder might be the most difficult game on this guide of which to find cartridges. However, recently there’s been a few more boxed copies of Space Marauder than Return of the Ninja, mentioned above.

Strangely-enough, those hard-to-find cartridges would selling for only about $10 each up until 2016 when collectors (especially shmup collectors) started noticing its rarity. 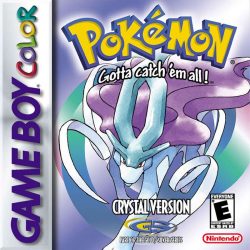 The Pokemon Game Boy games were never rare, but the franchise is heavily collected like few others. The kids that grew up with this series are starting to become retro gaming collectors with more money at their disposal.

For those less familiar with the series, Pokemon Crystal is actually an updated version of Pokemon Gold & Silver (see below) that served more as a good game to jump into if you missed Gold & Silver and not a critical installment to play if you we already up to speed on the franchise. Because of this, it’s not quite as common as its peers. 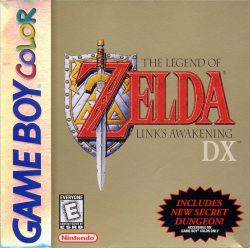 This upgraded version of the classic Game Boy release isn’t especially uncommon, but it is a popular release of a classic franchise. Sometimes it can be a challenge to find a loose cartridge for under $30, but mint complete copies are always a treasured addition to a collection.

Despite renewed interest in the game with the Switch remake, prices have stayed rather steady for Link’s Awakening DX since our 2012 guide which modest increases in complete copies. Interestingly enough though, a sealed copy peaked in 2012 with a $800+ sale price while multiple sealed copies have sold recently in the $300 range. 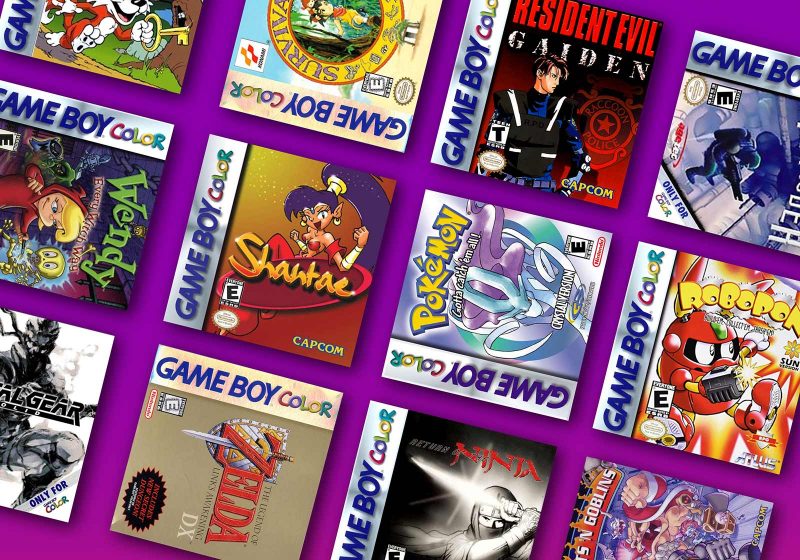 How rare and valuable is a sealed copy (US) of Heroes of Might and Magic II? I’ve never even seen the game boxed on eBay.

Never mind. There are now all of a sudden three boxed copies (two of them sealed) on eBay. I’ve searched a couple of times over the years but never found even one.

Ha! No worries! Do you have one yourself or have you been hunting one down?

I’ve bought mine years ago on eBay, weirdly enough all the way from from Australia. Never saw another one and thought all this time is was super rare.

For sure! Even though I like to research and discuss values, it really does come down to what makes you happy though 🙂

Great to see all the old lists getting updated, but where’s my boy Kid Dracula?

It’s in the list of original Game Boy Games 🙂 (this is for GBC)
http://www.racketboy.com/retro/the-rarest-and-most-valuable-gameboy-gbc-games

What about the gem “Little Magic” on gbc? I just searched ebay and I could not find a single copy listed. That must say something in terms of its rarity.