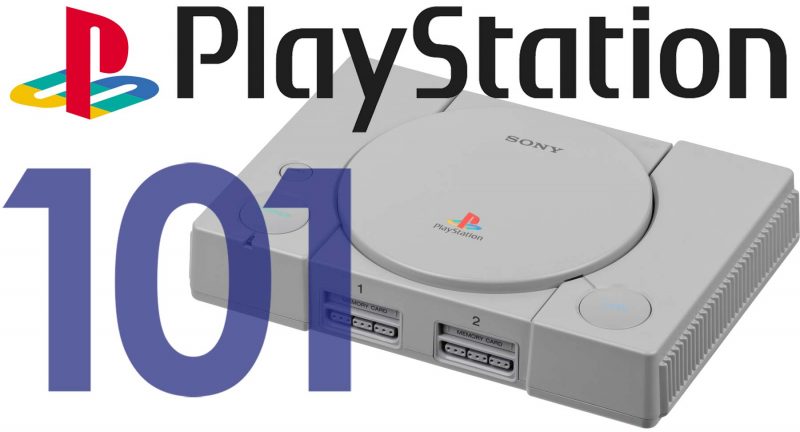 Note from racketboy: Special thanks goes to Ack for putting most of this guide together! The RetroGaming 101 series is aimed at gamers who are just starting out in the classic gaming scene or are curious about an older console that they don’t know much about yet.

Originally designed to be a peripheral for the Super Nintendo, Sony’s PlayStation brand would go on a steady climb through the late 1990s to dominate the market for two generations of games. But before it could get there, it would have to go toe to toe with the giants of the 16-bit era, Nintendo and Sega. The PlayStation, sometimes referred to as the PS, PS1, or even PSX, would also see an influx of gamers coming into the field while an older generation began looking for more mature titles. The little gray console would see one of the longest production runs in gaming history, running for over 11 years. Production would finally be halted on March 23, 2006. 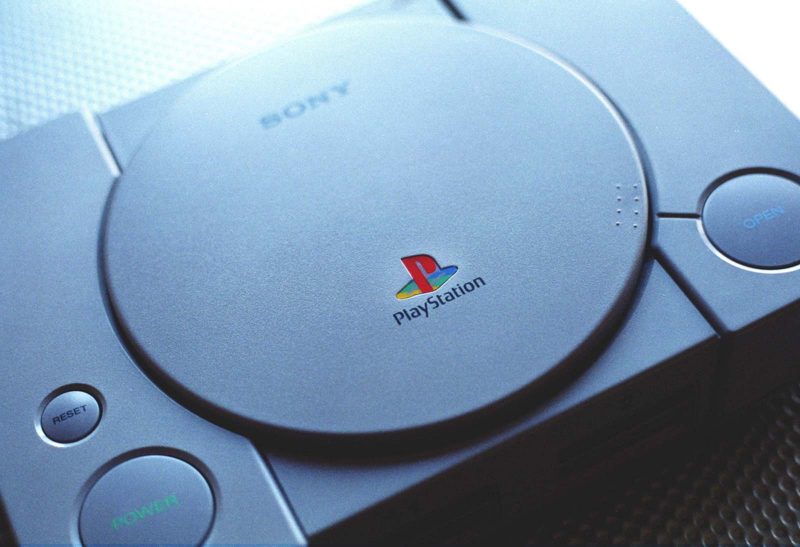 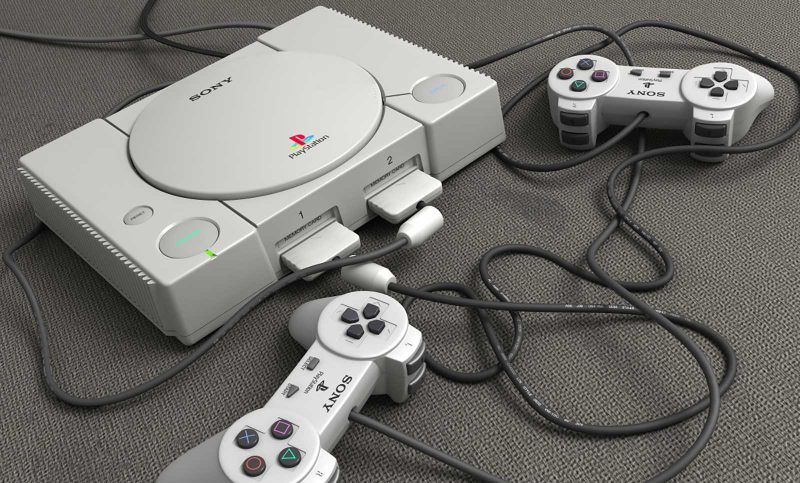 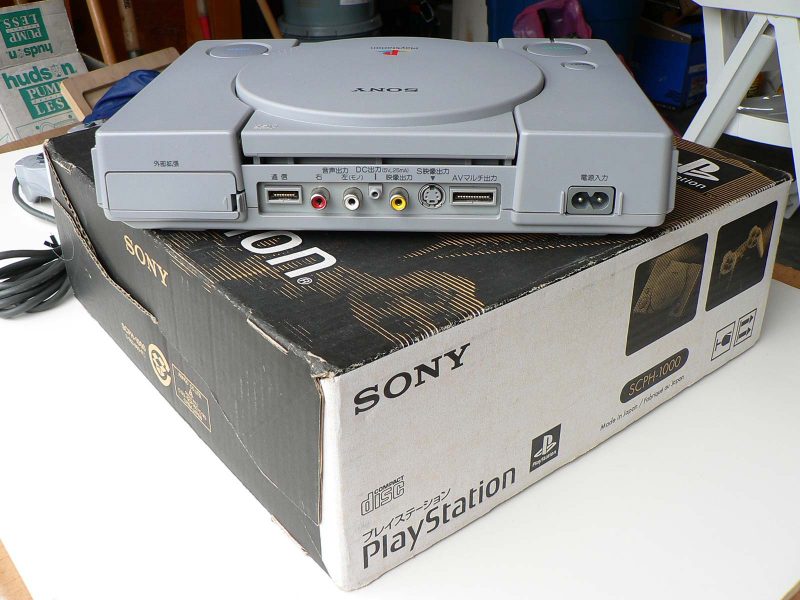 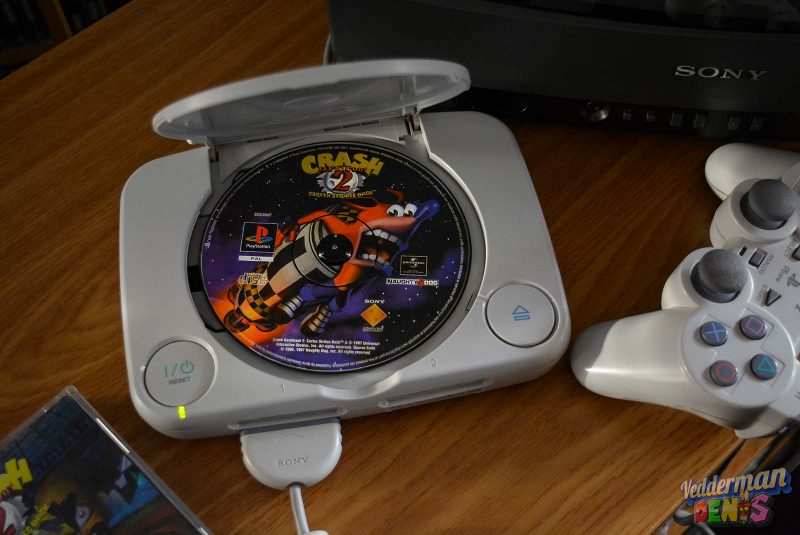 Advantages PS1 Has Over a PS2

What the hell is sound scope? I cant find any info.

Haha, I happen to have one of those old PS1 models where you had to stand it up on its side to get it to play games. It is actually an added mini game that adds hours of fun!

Seriously though, I keep finding old gems every once in a while that makes me go back and play this system, even though when the system was popular, I had to sit on the sidelines with my Genesis. Oh well, no time is better than now to go back and get those games I’ve always wanted! Just picked up Final Fantasy 7 (mint black labeled) for 30 bucks, so I’m having a blast with that!

One comment on the needing S-video. You can get S-video using the multi-out port, as the PS2 cable and the PS1 cable are identical. My PS1 only has the serial, parallel, and multi-av ports and I get S-video out of it.

Tobal 2 had a PAL release? That wording seems odd if you mean it works on a moded PS2.

You can also get RGB out of it too, but not component.

@ Moz
If memory serves, it’s a visualisation thingy when you play audio cd’s.Forgive me if I’m wrong. It’s been a while since I used my ps1 (thanks to epsx).

That is a great article, and a great look back at the PS 1.

Great article. I still love the PS1 library. In some ways, it may be my favorite console of all time.

Another great article. Well done. This site is becoming the authority on retro gaming. Keep up the great work and regular updates. Thanks.

Great article! I’ve been playing my playstation 1 more and more. This is why I love coming here.

Nice article. I stupidly sold my PSone console a year ago. I should’ve waited to read these great articles. I’m sure I would’ve gotten more interested in PS1. I currently play PS1 games on my PSP, but of course it’s not as comfortable as playing in front of the TV.

I used to play PS1 games a lot back then (I have more than 120 originals) and now with big flatpanel TVs and Bluray getting it’s way I consider buying a PS3.
However, I thought that Sony dropped compatibility to older platforms and didn’t question that. Reading here that the PS3 is able to play PS1 games is a very welcomed bonus!
Are there incompatibilities like with the PS2slim? Visual enhancements (filtering etc)? Video output will be to a full HD TV – will the PS1 video upscale correctly?

ummm, first off, the Sound Scope started with the 75XX models aka Dual Shock PS1s, not the 900X. second, S-Video can be acheieved on all PS1 models if you just buy an S-Video PlayStation video card – they’re everywhere. it’s not exclusive to the SCPH-1000 model.
other than that, great article!

All PS3 play PS1 games. It’s only the PS2 BC that’s been taken out of some models. There is a smoothing option for playing PS1 games. It works well – doesn’t overdo it, it just rounds things off a bit so they look pretty much like they did on a tube television.

Well, technically it’s supposed to play all PS1 games, though there are some that run into problems. Here’s a couple of websites where you can check to see which games are compatible and which ones have problems.

As for the HD upgrade, the PlayStation firmware update 1.8 is supposed to have given the PS3 the ability to handle PS1 and PS2(if you have a model that can run them) games in HD. IGN did an expose…honestly, to me the games don’t really look like they’re improved upon, but at least they run. Here’s the article:

You’re right, I made an error about Sound Scope. It did first appear on the 700X series. I’m sorry for the mix up. As for the video card…do you mean a purchasable video card to change out with the PS console’s, or do you mean a peripheral, because I can’t find anything on what you’re talking about. Do you know a good place to find information on it?

Here are a couple of websites to look over concerning backwards compatibility. The vast majority of the collection plays without problems, though certain games do have issues. Take a look.

IGN also wrote an excellent article about PS3 upscaling of PS1 and PS2 games for HD. It’s got a nice rundown of the options you can check out, though I don’t see it making much of a difference. But hey, as long as they’re still playable.

First off, you’re right about Sound Scope, it first appears on the 700X series. I screwed that up. As for the video card…what do you mean? As in it was a separate video card to replace the PlayStation’s? I can’t find any information on it. Do you know any place where that’s still available?

And for some reason comments are now randomly appearing and disappearing on my computer. Sorry about the double post folks. It’s been a long day.

One way to get s-video on PS1 games is play them on a PS2 with s-video cords. That’s what I do.

For the downsides, i always felt that the playstations lack of subpixel accuracy for its polygon co-ordinates was a huge downside, its why playstation 1 games feel sort of… flimsy, almost like everything is made of paper and hollow inside.

As another pro for the original PlayStation, with some games an exploit can be used to skip cutscenes by opening the tray and thus forcing the game to skip FMV (as the game cannot read the video with the door open and chooses to skip past it), saving crucial time in speed runs. PS2 and PS3 both default to the menu when the disc is ejected or the door opened.

The most notable use of this trick is in FFIX, which requires the end of the last dungeon of the game to be reached within 12 hours for Steiner’s strongest weapon. To get the weapon AND every other item in the game REQUIRES the FMV skips to save time.

Great article, reminded me I need a car adapter for the psone.