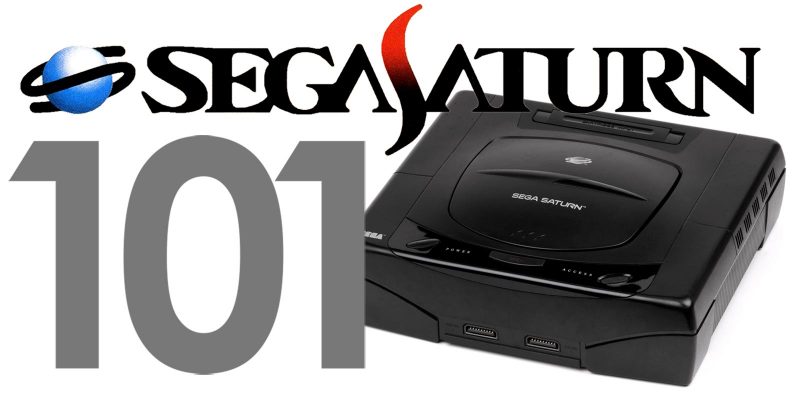 This guide was originally published back in 2007, but I have expanded and updated it to get it up date and to the standards of our newer guides! 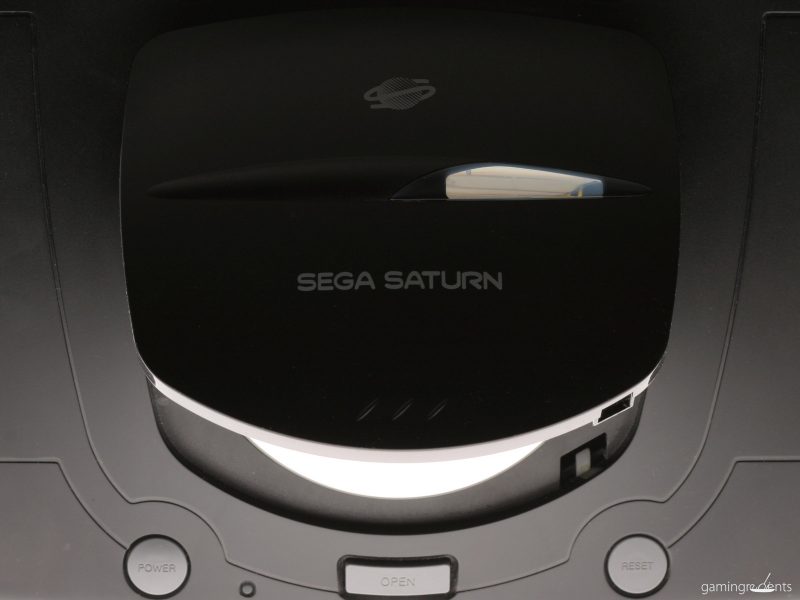 The Lid of the Model 2 Saturn 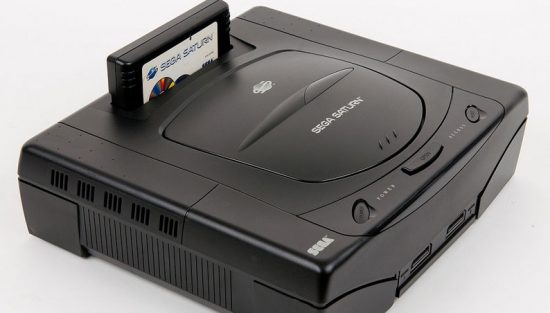 A Model 1 Saturn by RealRedRaider 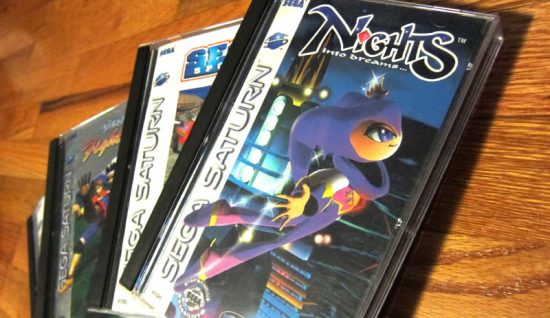 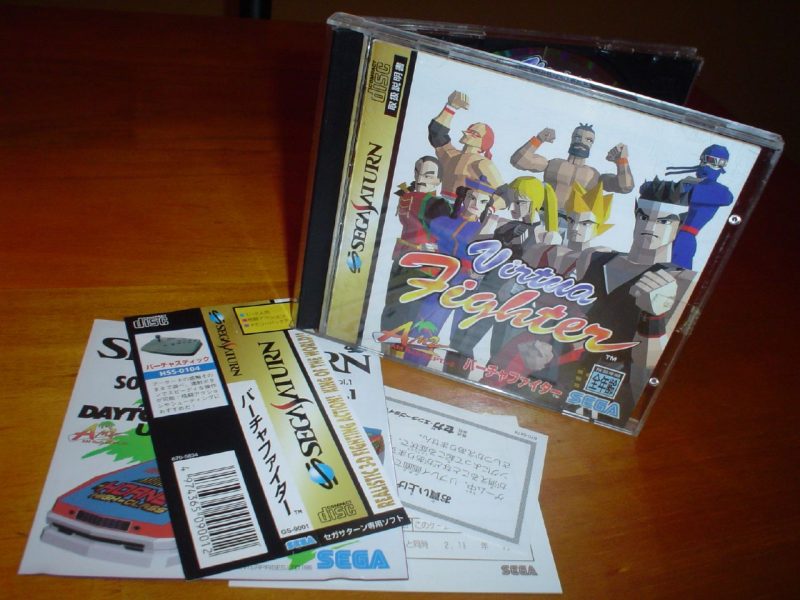 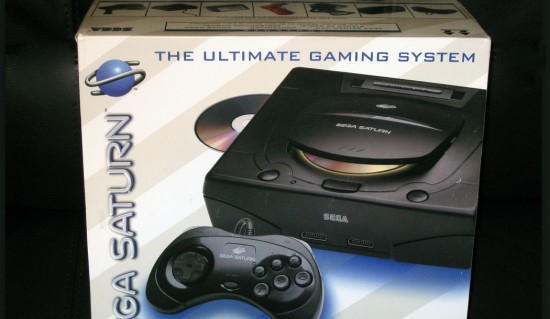 Right on about the Saturn controllers! Especially the 3D controller. I use that for pretty much all of my Saturn gaming, and I’d vote it the best controller of the 32-bit era. It even gets the nod from me for Capcom fighters over the Arcade Stick. I’ve never been a big fan of home arcade sticks. They move around too much while you play, which can throw off your stick movements (quarter circles, etc.).

YO Racketboy! you are the man dude!! I’ve been going crazy with my old Saturn lately.. I never thought I would bring it out again, but I’m loving the great games I missed out on!! I never knew Saturn had so many great games. thanks so much for this great read!

Another way I was playing imports was on a third party memory card. one day i forgot to change my cart and it read shining force 3. i was like.. WOAH! i dont have to save on my hard drive 😉

my bro and i bought saturn pads for ps2. i love it! i can play third strike w/o blaming the controller. now if i lose, i have no excuse 🙂

nope. it was just a third party memory cart.

it was called the Memory Card Plus. they have one on ebay.

some discretion tho, after some years, i feel like the saves are messing up cuz the number of blocks it reads seems wrong, but then again, it’s been a while since i’ve gone back to use it.

i feel like initializing it, but i don’t wanna lose saves. decisions….

hi. I’m very new with Sega Saturn console and I bought an AV composite cable for my LCD TV from racketboy. But I got some problems with it. Pictures had these straight lines that filled up to the whole screen and instead of directly playing the CD games, it went to a CD playback menu or something. Please help me with this..Thanks…

Well, that doesn’t sound like something that would be caused by an AV cable — it sounds like an issue with the Saturn’s CD-ROM drive. I would recommend posting in the forum for further troubleshooting — best of luck!

I just got a Saturn it only came with a RF adapter i plugged everythingbut when I turn it on the picture shows up but it has that static noise like when you get snow on your screen when you unplug the cable from your tv or when the cables out. I can barely hear the saturn boot up screen itself any idea why?

Have you tried playing with the channels on the TV?

I noticed you talked about the memory cart issue. I actually found out that Japanese memory carts work in US machines (tried it myself) and they can be found dirt cheap most of the time. Usually you can only find the small ones (I think they’re 512kb?) but you could buy a few of those for the price of a bigger cart from America.

if you have or will buy a saturn, you MUST buy RADIANT SILVERGUN. and yes, it IS worth $200.

I can advise buying an Action Replay 4M plus cart.
Make sure it’s the ‘plus’ version.
It will allow you to play all games of any region and give you all the extra graphical splendour.
It’s also a save cart and cheat cart of course.
costs about 30 bucks. But well worth it seeing as japanese games are a lot cheaper on ebay.

I love this console 🙂

Is there a way to mod a Sega Saturn to play burned games on it? If so could you give me some info on where to find out how to do it?

Yup! That’s what the Mod Chip is for:
http://www.racketboy.com/store/sega-saturn/sega-saturn-modchip.html

I just got a Saturn, and whenever I open the lid to change games, when I close it (and yes, it clicks into place), it says on the menu that the lid is still open. I have to almost (but not completely) close it to get the disc to be read, and then when I close the lid again, it says the lid is open now.

Racketboy – I read that the modchip itself doesn’t allow for playing imports, but I already have an Action Replay 4-in-1, so will that play import CD-R copies in conjunction with the mod chip if installed and the cart in the slot?

@MetalFRO — that’s the one thing an Action Reply won’t do. The only way to play CD-Rs is to use a mod chip or the swap trick

Let me rephrase, because I think my question wasn’t 100% clear. I have a US Saturn, and I want to install a mod chip. Doing so will allow me to play backups. Since I have an Action Replay 4-in-1 cart, that allows me to play imports (which I do). Having the mod AND the AR cart installed at the same time, would I be able to play backups of import games, or would I need to instead purchase a modded Japanese Saturn? I’d like to know if I could make CD-R copies of the imports I own and play the copies, much like I do w/ my Sega CD unit for my US Sega CD titles.

Just a small correction: the Photo CD wasn’t only released in Japan, it was also released in Europe. I have one nd it’s the PAL version (I’m from Portugal).

Huh, this is now back on the front page? (With an image of the model-2 that looks like a GCN?)
What’s changed?

Actually, since this was the first 101 post I ever wrote, it was VERY bare-bones, so it was in need of an update. It was also 5 years old, so some of the importing and emulation items were outdated.

Anyway, the biggest addition is the whole Accessories section. That didn’t exist at all in this post.

I also added the backups section, the collecting notes, and list of guides for the game library section.

So actually, the only part that is the same is the Strengths and Weaknesses.