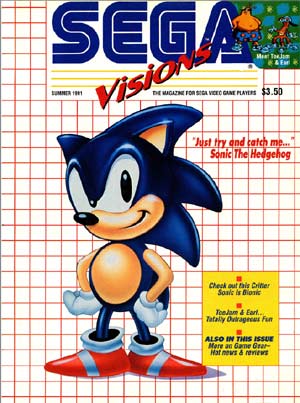 If you thought you were excited when you saw the first Issues of Nintendo Power and Playstation Magazine posted in PDF form, you are going to really start drooling when you log into RetroMags.

The incredible team of scanners is dedicated to scanning a number of classic gaming magazines and releasing them in mass quantities. In fact, they actually have a COMPLETE set of Nintendo Power issues. My only complaint is that I can’t really figure out how to access their archive other than via torrents on third-party sites.

I actually learned about this site because of some negligence of mine. When I got a lot of visitors for the first Nintendo Power issue, the Admin from RetroMags was quick to point out the scan originated from their site. I didn’t realize this as I had originally downloaded it from my favorite download spot, Underground Gamer, and hadn’t looked into the origin. (Shame on me)

In the meantime, we’ve all gotten things straightened out and I hope to team up with RetroMags to add to their archive and help promote the scans in continuing weekly feature.

While you are free to download hundreds of issues right now, I plan on highlighting one issue at a time each week in order to enjoy the small details, like this one from the first Nintendo Power issue.

Currently RetroMags is focusing on rounding out the earlier issues of Playstation Magazine, but due to the focus of my personal collection and those of other racketboy.com members, we will be focusing on Sega-related magazines such as Sega Visions, Official Dreamcast Magazine, and some of the Saturn-related magazines from the UK. I think these contributions will greatly complement the existing scans at RetroMags.

Similar Posts From These Categories:
Downloads

A most generous link….

This is a small site….I dont sell your information……There is no reason not to use your ISP given email…..”

Except, you know, not everyone actually HAS an ISP given e-mail address.

According to the forums, to download stuff from the site you have to become a premium member or join the scanning team.

Are you a idiot, Dodgeit and Slaskpost are trash emails , no where does his site say he blocks free emails like Yahoo or Gmail. Just trash email accounts like those