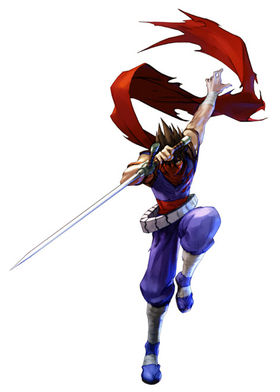 There have been a nice handful of post-ES announcements concerning some classic gamings coming to modern consoles and handhelds.

Capcom Multipack for the GBA
The NES versions of Bionic Commando, Strider and Mighty Final Fight will be released as a 3-in-1 Gameboy Advance pack.

Spectral vs. Generations for PSP
This 2D fighter hasn’t really made it to the US yet in its PS2 form, but there is quite a buzz about it on the net. A PSP version is in the works, but chances are it won’t be leaving Japan either.

Banjo-Kazooie is coming to the Xbox 360
According to Official Xbox Magazine UK Issue 44, there is a new feature called 360 Access. In said feature, it shows the number of games to be released for the Xbox 360, one of which is our favorite Bear and Bird Duo, in a tentative title called “Banjo-Kazooie Game” as seen below in the Action section.

Classics like Paperboy, Sonic, Dig Dug, Coming to XBOX 360 Live Arcade
Microsoft wants you to feel young again and is counting on a blend of old and new to help make the Xbox 360 stand out from its rivals. MS announced deals with Konami, Midway, Sega and Namco to breathe new life into classic titles such as “Dig Dug,” “Sonic the Hedgehog” and “Root Beer Tapper.”

Hudson Announces First 3 Virtual Console Titles
In addition to their announcement of Bomberman coming to the DS again, it also mentioned that Adventure Island, Bonk’s Adventure and R-Type will be the first Hudson gamesavailablee on the Wii’s Virtual Console