While most of us probably just boot up an emulator to try those MegaDrive games that were never released in our native countries, there are sure to be some retro gamers that insist on playing the real cartridges on the real machine. I’ve had a couple of people email me recently about how to play Genesis imports, so I thought I would compile some answers and share them with everyone.

What Keeps Us From Playing Imports?

The cartridge slot on the Genesis 1, 2, and CDX is different from that of the Japanese Megadrive. Japanese cartridges are rounded on the ends, so you won’t be able to get a Japanese cartridge to fit into the slotted and narrower cart slot on a Genesis 1/2/CDX. This can be taken care of by either using a pass-through cartridge or removing the tabs in your system’s cartridge slot. The software in the games also have some region lock-out code to keep them from playing. So naturally, we need to find away around these limitations. 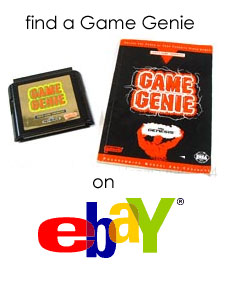 What Importing Solutions Are There?

In the the 16-bit era, there were a number of solutions to help play Genesis imports such as the Pro Action Replay, Universal Adapter, or Mega Key/Super Key, but a decade later these items are getting harder to find and more expensive. So what’s a budget-minded, import-hungry Genesis owner to do? If you grew up in the 16-bit era, I’m sure you remember a device know as the Game Genie. The Game Genie from Galoob is primarily known as a way to experiment with cheats for your games, but the Sega Genesis Game Genie also helps bypass regional lockouts for a number of games.

The main disadvantage with the Game Genie method is that you will have to enter in some codes each time you want to play an import. If you will be frequently playing imports, you may want to look into one of the more expensive cart solutions or permenantly modding your system with a region switch. It’s also worth nothing that the Game Genie doesn’t work with the Majesco-released Genesis 3 model (much like many other accessories/add-ons).

What Game Genie Codes Are Available For Imports?

I’m glad you asked. Here are some of the more popular imports and their respective Game Genie codes… 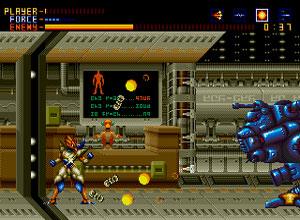 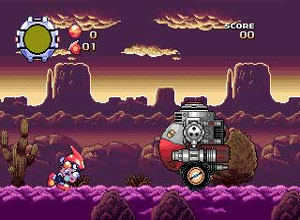 If you’re in the US and want to play some European cartridges, there are a couple other things to keep in mind. PAL games have a 50/60hz lockout or territory lockout in place. Many PAL versions of games are no different from their US counterparts, which is why they play at a slower speed and with black bars at the top and bottom of the screen on European consoles. These games will play without trouble on US consoles. Other games (of which the European version of Alien Soldier is one) have been adapted to the PAL format, and thus will run too fast on US consoles (about 70hz).

Where To Find A Game Genie? How Much?

What About Sega CD Games?

There are a few Sega CD imports that are worthwhile, so I will cover that topic very soon.

what luck! i’ve been looking into this recently myself. so even when using the game genie as a physical passthrough you have to enter codes?

Reply
Pingback: PoisonMushroom.Org - Combing the Net So You Don’t Have To » Blog Archive » Points of Interest - 8/9/07

Good to know! But it may be a pain to enter all these codes with the pad each time you plug a cartridge in (this device was made to discourage cheaters actually 😉 ).

If you got a Megadrive/Genesis of the first model it’s really easy to get yourself a universal system with just two switches and four welding points on the board.

I’ve always used this technique, but I’ve never had to put in codes just to play imports: just press start and it goes straight through to the game.

You dirty bastard, I’m in japan and this will empty my pockets. Are those all the games that work? Bare Knuckle 3 complete was 15 bucks!

Nice article.. I don’t need this since I’ve got a modded japanese console, but for those who don’t this should be very helpful.

At 8/9/2007 9:00 AM, The Gagaman said…
I’ve always used this technique, but I’ve never had to put in codes just to play imports: just press start and it goes straight through to the game.

The early Japanese Mega Drive games don’t have reigon locks in them. Games from late 1992 and on got those. Bare Knuckle II and the and NA and PAL versions of Street of Rage 2 were the first cartridges to have that. So if any of you are planning to buy a Mega Drive/Genesis game from a different reigon, check GameFAQs for the release date of the game and make sure you find the Game Genie or Action Replay code if it is a late released game.

Anyone know the Game Genie code to play the Japanese version of Dynamite Headdy on U.S. systems?

Guy said that PAL games should play fine on US genesis consoles-unfortunately not true. I move to the states from England 10 years ago, and brought some Megadrive games with me (ex. Zool, Streets of Rage 2, a couple more) and except for 1 or 2, when you try to use them, it says something to the effect of, “This game can only be played on a PAL system.” Actually the only ones I think that worked were my sonic games. Oh, and if anyone knows where I can find a genesis Zool cartridge, let me know

Does anyone know a site where I can get more boot codes? I’m desperately trying to get my PAL copies of Aladdin, Cool Spot and Earthworm Jim to run on my US Genesis.

I’ve been trying to get some people together to work on creating codes for the less imported japanese games like Dynamite Headdy. (Which is very Different from the US/PAL version and therfore requires a code or a console mod in order to run.)

I recently picked up Double Dragon 2 for my Genesis and it don’t need a code at all to play apparently. I just plug it into the Game genie and have at it.

I also have Mega Man Wily Wars (euro version) and have to use a code with it. The game has alot of slow downs I guess where the speeds are off but it is still very playable.

The only way to play Megadrive games is in 60hz!

Is there anywhere else to get these codes? I’ve just picked up a Japanese copy of TMNT and wanted to see if I could use the Game Genie to play it on my Genesis.