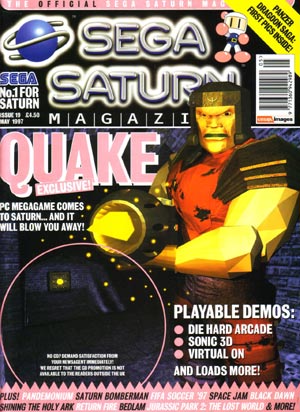 Here in the USA, we never really had a dedicated Sega Saturn magazine. Sega Visions died out right before the Saturn launch, but at least the UK has our backs. The Official Sega Saturn magazine is a top-notch 32-bit Sega mag and there is lots of great reading inside.

With this PDF, I’ve also started testing some ORC software to recognize all the text throughout the magazine. This way, you can theoretically search for words in the PDF. In this magazine, some of the text is pretty rough, but it should serve most of it’s purpose. In future releases, I hope to experiment to get more accurate recognition.

Thanks for the great upload!