It isn’t every day that a beautiful 2D game gets released on a home console. It is even less frequent that such games make it out of Japan and reach the English-speaking marketplace. 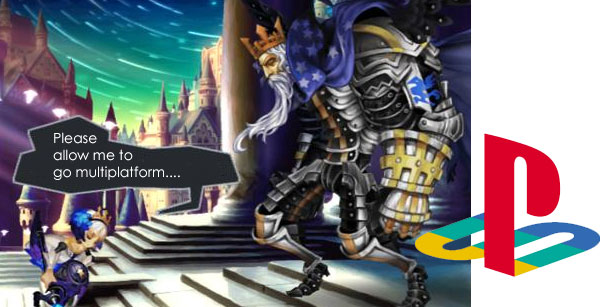 However, Odin Sphere is a side-scrolling action RPG from Altus Software that is not only on its way to the Playstation 2, but actually has a good chance of making it to the US. (You can even pre-order it on Amazon.com).

Odin Sphere is the spiritual successor to Princess Crown, one of the most stunning 2D games on the Sega Saturn. In addition to its drool-inducing artwork, it also features some combat that is more suited for a 2D fighting games than a typical RPG.

Famitsu has recently published a number of amazing gameplay screenshots that will make any 2D fan nearly pass out from excitement. If that isn’t enough to get you worked up, here is some video footage of the game as well.

Needless to say, you should get talking to your PS2-owning budding to get the buzz going on this title.

according to siliconera, the game is confirmed for a late spring US release by atlus.

Wow, if games like that keep coming out I might have to buy a “newer” system to accompany my DC, Saturn and emulators.

I’ve heard a lot of people bashing Princess Crown around a few different sites and I don’t get it at all. It’s the only Japanese text RPG I’ve ever been able to majorly enjoy playing.

Odin Sphere is an absolutely great game, but last boss is hard! >.<

I got that game for my sister. epic buy.