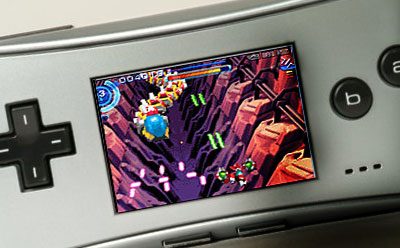 It’s pretty easy to find a list of “The Top 10 Gameboy Advance Games” or some similar ranking, but most of them were written back when the handheld was cutting edge and almost all of them only compare the games against other GBA games.This is all fine if the GBA is the only portable you […]

Since you probably never thought you would see me bother to review a Spyro game, let me cut to the point — Legend of Spyro: Eternal Night on the Gameboy Advance ROCKS.  I can honestly say that this game can easily be put in the same league as Metroid Fusion, Castlevania: Aria of Sorrow, and […]

When there are a number of home versions of a classic game, you can’t help but wonder what compromises have been made from the original version. For older games, it is very hard to find some solid comparisons of various ports. Fortunately, every now and then somebody puts together a comparison of screenshots and characteristics […]

Note from racketboy: I had to share this enthusiastic review from Mozgus. He has been one of the biggest contributers to the site’s community and I know from experience that if he likes a product a lot, than it must be worth mentioning. I also agree with his standing that the GBA is still an […] 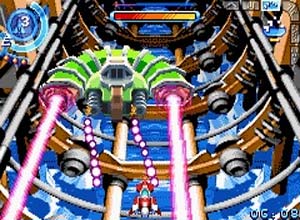 The Cheapest Game Boy Advance (GBA) Games Worth Your Time

When you add a console or handheld to your collection, the first thing you want to do is get a handful of games to keep you busy with your new toy. However, most of us can’t spend afford to spend fat pile of cash for a few games. This budget-friendly list should help you quickly […]

The Dreamcast is an extremely versatile machine – there’s no denying that. As if the commercial developers didn’t push the limits of the console enough, there are many homebrew and emulator developers out there that are trying to squeeze every last ounce of processing power out of the Dreamcast in order to bring more playable […]

One of the few games that makes me wish I have a Sony PSP is a little puzzler named Lumines. Not since the original Gameboy Tetris was there so much buzz over a puzzle game. Up until now, GBA fans have been in the dust when looking for a new puzzler. But there is a […]

I don’t know why nobody thought of this project before… Instead of having ports of all your favorite shooters on the Gameboy Advance in order to practice techniques, why not just have a enemy fire simulator? BulletGBA is an ingenious homebrew effort that replicates the bullet patters of many popular shmups and let you practice […]

Sure, you can re-purchase all those SNES to GBA ports, but wouldn’t you want to play the actual SNES games on your GBA? SNES Advance is a fairly new project to get the best SNES experience possible out of the Gameboy Advance. From the site: ” SNES Advance is a program written for the Gameboy […]