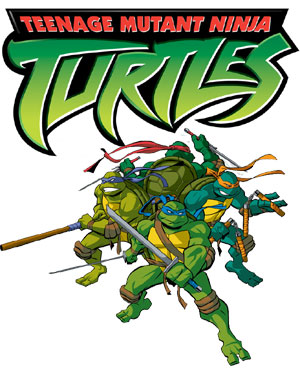 As a child of the 1980’s, I was all but obsessed with the Teenage Mutant Ninja Turtles when I was a kid. (Fortunately, it didn’t make this much of an impact on me) So imagine the nostalgic thrill I’m having with the new wave of Ninja Turtles goodies resurfacing to coincide with the release of the new Turtles movie.

I know in the forum, we have had some mixed opinions about if the style of the new movie is as optimal as it could be, but there is little doubt that the upcoming Ninja Turtles game releases are looking great.

First of all, the new multi-platform Turtles brawler looks like it has some old-school gameplay with modern conveniences. The previous Turtles games had a nice look to them, but got low scores because of its severe repetition. Obviously, we are all hoping for some more creativity with this effort.

As nice as the new game looks, I believe most of the TMNT excitement is coming from the announcement of the original Ninja Turtle Arcade Game for the XBox Live Arcade. The rumor was floating around for a while (and could have sworn it was fake for the longest time), but after the video of the XBLA version was leaked and the formal announcement was made today, XBox 360 owners can get their old nunchucks ready for action.

In addition to supporting full 4-player co-op, the game will only cost about $5 on XBLA. That’s quite a bargain. An XBox 360 owner would really have to dislike arcade brawlers or Ninja Turtles to pass up this action.

Being a fan of the Konami brawler trilogy, I can’t help but wonder, could The Simpsons and X-Men be far behind?

In the second paragraph, their should be there.

Anyway, speaking of classic games and whatnot, Sega currently has a poll on the main page of its Web site that lets visitors vote for the classic Sega franchise that they’d like to see revived.

I voted for Streets of Rage, but NiGHTS is (as I had predicted) winning by a considerable amount.

Wow — I don’t know how that slipped in there. But I fixed the error.