The Neo-Geo CD has always been pitched as the more affordable route to collect true SNK games at the full quality of its big brothers the AES and MVS. Of course the original CD load times (which are much improved in projects like the Polymega) have been the main downside.

The Neo-Geo CD library has never been cheap compared to many other mainstream consoles, but some games are quite affordable (and those that get a little pricey are still much cheaper than their cartridge brethren). 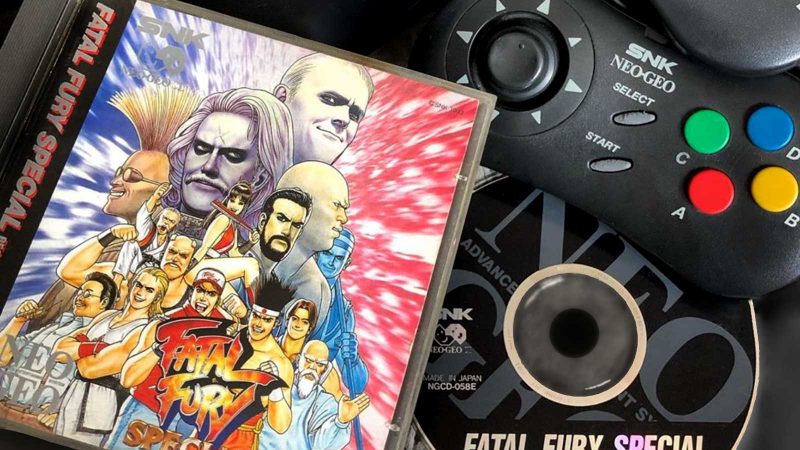 While some Japanese releases can be quite tricky to find, they is another step to go for treasure hunters out there. Typically reserved for only the most adventurous or meticulous Neo Geo CD collectors, there are English variations of most of the Neo Geo CD titles. Not surprisingly, the English versions are significantly harder to find and, as a result, demand and hefty premium — especially certain titles. The Neo-Geo CD games weren’t really carried in mainstream stores in the states and primarily relied on mail-order for North American distribution with a few specialty stores that carried them.

It should be worth noting that some of the English versions only have English manuals, spines and back liner. For some of the earlier titles especially, the actual game disc, and sometimes even the back liner, is the same as the Japanese releases. Some have mentioned that it was once possible to purchase English manuals direct from SNK USA. In all cases, the spine cards can be especially tricky to track down. Even some dedicated Neo Geo CD collectors have never seen English spine cards for certain games in the library.

Many in the Neo Geo community strongly advise against collecting only English releases as they can be very hard to find and most hardly ever come up for sale. If you’re interested in Neo-Geo CD, focus on Japanese version and, if you happen to find an English one in your budget, pick some up at your leisure.
Check for English Neo-Geo CD Games on eBay

Japanese releases, even the rarer ones, typically show up on eBay somewhat regularly.  One the past few months, we have seen completed eBay sales of most every title in different conditions, so the guide below shows a range for each Japanese release.

Since English releases are much harder to find, we don’t have values listed for each. All that are shown are based on completed sales in the last few months.  Combined with the rarity rankings and comparing to those that do have prices, you should be able to generate ballpark estimates for ones without English values listed. We will continued to update this periodically to capture more confirmed sales.  It is worth noting that you may likely see many of the English releases for sale on eBay, but they are often listed at more ambitious pricing which is why we don’t include those values here.

I have combed through many resources in the Neo-Geo community such as Neo-Geo.com, NeoGeoKult, and some other forum discussions to see how different past guides ranked rarities (and I balanced the differences manually), and prioritized some of the games (especially English releases) the the most experienced collectors have commented on seeing the least in addition to those that do not seem to have been confirmed to have an English release.  A special thanks to “sharp” who used the comments for this post to help refine these listings and provided some extra information.

For a bit more perspective on games that may have more value, here are the games that are more exclusive to the Neo Geo CD.

Games That Do NOT Run in English Mode on an English System:

On these 6 ADK releases, the manual and insert are English, but the discs are always Japanese and no none spine cards exist. The games repacked for western markets.

Hello Racket Boy,
One more time, you rule.
Grace of you I have already discovered
a lot of true gems on different consoles !
So thank you
Best from Paris
Romain

Why, thank you! You’re very kind 🙂 It’s been a pleasure to put them together. If only I had more time to craft more!

Great list Racketboy – very handy for the completion quest. Btw, did you manage to find the price guide for Overtop and Voltage Fighter Gowcaizer? Did not find them in the list

Wow — thanks for noticing! I actually had them listed on the full Neo-Geo ranking, but didn’t have them in this table. I just added 🙂 Thanks for the support!

Hi Racketboy, you are welcome – and thanks for updating! I think there are three more missing from the list, albeit that they are pretty Japanese:

Btw, would you consider the releases by Neo Conception International in 2012 (eg Andro Dunos and Bang Bang Busters) as official? If so, should they be included?

Thanks a bunch! I’ve added all those.

I just made note of the NCI releases with a “(*)”
I don’t mind including them as long as there is some market activity to report.

Why there are ratings for games not existing?

For the English releases which are mentioned with a mark count

other comments 3 releases are missing
– ADK World (Japn only)
– Last Hope (by NG:Dev.Team aftermarket like NCI)
– Treasure of the Caribbean

A last special not is welcome for this 6 ADK releases, the manual and insert are English, but the discs are always Japanese and no none spine cards exist. The games repacked for western markets.

Thank you, sharp! It’s been a long time coming, but I’ve updated the guide to reflect your notes.
Let me know if you notice anything that looks off.

The ones you mentioned that I had with a “?” that you mentioned did not exist, but I had a rarity rating, I didn’t have strong confirmation earlier that they indeed did not exist. So, in those cases, I had a high rarity rating that corresponded relatively to the Japanese rarity score. I hope that makes sense. But again, I’ve factored in your information. It’s great to have more confirmation and data sources!