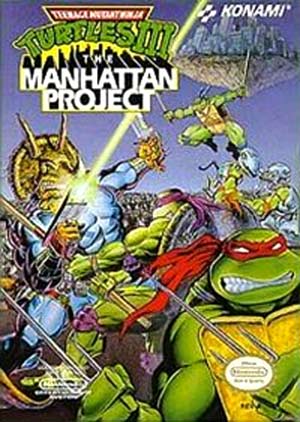 As a kid in the late 1980’s and early 90’s, I was a big fan of the sidescrolling brawler. Coincidentally, I was also a fans of the pop-classic cartoon of Teenage Mutant Ninja Turles. Imaging my absolute joy when Konami released a mega-sweet arcade brawler featuring the heroes-in-halfshell.

Since I didn’t have an NES or Master System at that young age, I spent my gaming time in the arcades, but those that did want to bring that arcade experience home, did have the option of an NES port of the original arcade game and a sequel in the form of TMNT III: The Manhattan Project.

While these NES installments were not able to accurately recreate the crisp visuals of the arcade original, the great gameplay remained in tact and The Manhattan Project also added some nic touches to keep Turtle fans entertained.

Review Tidbits:
“The boss battles are the BEST thing about this game, though. You have a ton of bosses to fight and they’re all taken straight from the cartoons, comics and movies. They each also have cool little quirks and attacks that almost make you *want* to get hit, just because it looks so cool… onami did a top-notch job on this game and it still ranks as my favorite TMNT game of all time. It could really use a re-release in maybe a TMNT collection or something.”
Forever Geek

“The gameplay has been improved a bit, but it also maintains the same little flaws its predecessor had: the turtle’s slow movements (but only a little), and the fact that all th 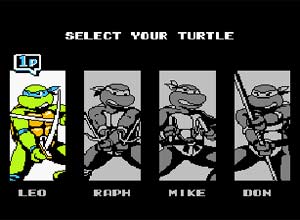 e turtles attack in the same way… Also, like its predecessor, Turtles III is HARD, it is a bit easier than Turtles II because the turtles movements are more effective against then enemies and we have that attack that grabs the enemies, but it is still a quite hard game.”
Braben @ GameFAQs

“For a Nintendo Entertainment System game, Teenage Mutant Ninja Turtles 3: The Manhattan Project has amazing graphics. The characters are all quite large on the screen, and detailed. This is especially true for the bosses”
Matt91489 @ GameFAQs

“This game has a lot of replay value while you are playing through it. First off, the game is quite large, since it features at least ten stages. So you probably will not play through the entire game the first time you play it. Secondly, there are a few secrets in the game. Not many, but there are a few. You may also be tempted into going through the game with each of the four turtles, which adds to the replay value even more. However, once you beat the game, you may not want to play though it again. Overall, the replay value is decent.”
Psycho Penguin @ GameFAQs 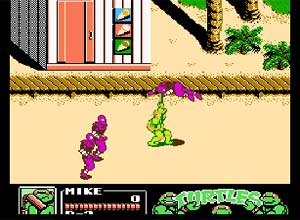 If you would like to see a video review of the The Manhatten Project from the time of its release, check out this episode of GamePro TV brought to you by Siliconera.

Related Links:
Meta-Review: TMNT Tournament Fighters – SNES/Genesis
What are your favorite brawlers and why?
Review: Guardian Heroes – Sega Saturn
Review: Comix Zone – Genesis/Megadrive
What games did you play as a kid?
What Are Essential Brawlers?

It would be hard to choose between this game and The Arcade Game, as the best TMNT game, although I still have never gotten my hands on a copy of The Hyperstone Hiest, TMNT: The Manhattan Project is often the forgotton game of the turtles series, anytime one of my friends tells me they’ve never played it I only feel obligated at that point to break it out and play through it.
I agree that it had the best Boss’ out of the turtles games as well.