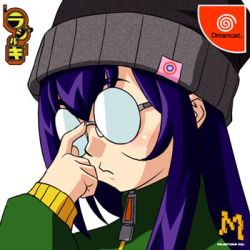 Radiligy is one of the two new Naomi-to-Dreamcast shooter ports to come out in 2006 and it will offer shmup fans a slightly different shooting experience for their Dreamcast. Radiligy does borrow many elements from its sibling, Chaos Field, but does have some unique features and a fresh graphical style.

Overall, it does not seem as impressive as the other new Dreamcast release, Under Defeat, but it should be worth picking up for hardcore shooter fans.

Review Tidbits
“Here you have a combination the best of many shmups weapons added into one title. Once you begin the game you have a choice of choosing from 3 different mobiles arranging from speed – to choosing your weapon style. Weapon styles include the classic bullets, to straight-forward laser, as well as the gigantic bubble launcher. You also have a small sword – which destroys some bullets and is mainly used in close proximately to the enemies. A small tutorial begins explaining the controls and other abilities you have. Borrowing from Giga Wing and Mars Matrix, you have the ability to reflect bullets once your meter is full. The sword attack is small, having the player to risk if they want to fight up close having the chance of dealing damage to the players’ mobile.”
Special Attack

“What hits you first is the graphical style of the game. It almost feels like it was done in Macromedia Flash: very cartoony, bright colors, and large sprites. This is not often seen in a shmup, and I think it worked quite well. Cell shading seems to make the bullets easier to see also – there is such a contrast around the edge of objects your eye can make out all the details…

I find the game fun and a nice change of pace. It’s no masterpiece by far though. The sword arc is very small, and forces you to get close up on enemies (collisions don’t kill you, another stray from traditional shooters) which puts you in the way of newly generated shots.”
ShootTheCore