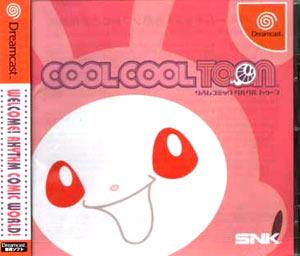 Sega had a wonderful pair of rhythm games in Space Channel 5 and Samba De Amigo, but the Dreamcast’s other unique music-based game came from one of the most unlikely sources.

SNK, known mostly for their oldschool 2D fighters created a fresh, 3D cel-shaded game as their last title for a Sega console. The result is the quirky Cool Cool Toon.

Overall, it’s a pretty interesting game and the style gives it some bonus points, but the controls/timing can be a bit difficult to get used to.

Review Tidbits:
“Cool Cool Toon at first glance seems nothing more than a cash in on the popular (at the time) rhythm games. But at a closer look you’ll see it’s got it’s own unique style that to be honest isn’t exactly the best system out there. The game is tricky to play due to the positioning of the buttons that you have to do using the analogue controller and at times impossible to judge what is the next button to press. But it’s not all bad. The graphics are ok but I think Samba De Amigo is much better looking. The music is a mix bag from poor to great songs but they all have a very interesting why of changing depending upon your skill level, a bit like NiGHTS on the Saturn.”
SegaGaGaDomain 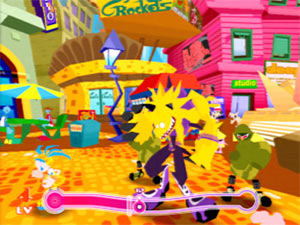 “There are two types of dance sessions in Cool Cool Toon. The first is somewhat unique. A circle appears on screen, much like other rhythm games. On the edges of this circle, and later within it, appear controller buttons. The player must point the analog stick in that direction and hit the proper button. The trick is press it in time with the beat. If timing is exact, more points are scored. The only real problem with this mode is that it requires precise analog movements; the d-pad is not supported. The second gameplay type is quite similar to other dance games. The game will play a simple rhythm that the player must copy. The bulk of the game is made up of the first mode.”
Gaming WorldX

“While playing the game, the words “fluff” and “cutesy” will immediately come to mind, but don’t let the cotton candy presentation fool you – Cool Cool Toon gets very difficult, very fast. The first few rounds may come off as simplistic, but shortly thereafter the difficulty is raised significantly, which may be a bit of a stumbling block for those not familiar with the ways of dancing games. Even UnJammer Lammy veterans may find the ramping up of the difficulty a bit abrupt, but thankfully practice levels and an easy mode are included to help you get into the groove of things. Similar to those of its kissing cousins Bust A Groove and PaRappa, Cool Cool Toon’s world reflects your aptitude during the game. When you’re at the top of your game, various inanimate objects bounce around wildly, and when your performance is less than optimal, your character stumbles through the dance moves and the music is replaced with Warner Brothers-esque sound effects.”
GameSpot 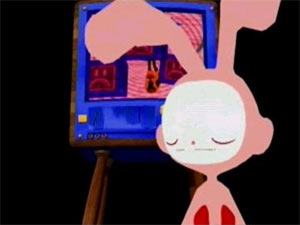 “They also used motion capture hardware to give the animation this amazing, natural presentation. My favorite level stars a huge breakdancing yellow warewolf and these two gangsta-looking owls in hoodies who act as backup dancers – set to the backdrop of something right out of Anime-Roger Rabbit nonetheless. The buildings even come to life and rock out, it’s a pretty well orchestrated music video montage. Just watch the videos. Unfortunately music isn’t exceptional J-pop. It’s good enough though – has the right amount of occassional yelling – making it catchy while it’s playing but totally forgettable when you unplug. No “kick punch it’s all in the mind” to take away from it.”
Destructoid