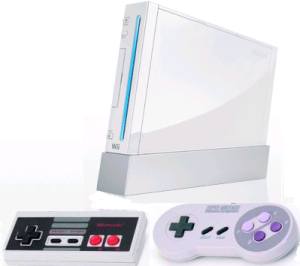 When the Wii (or Revolution) was announced I was so happy to hear that the standard controller would be wireless. However, once the “Retro Controller” was displayed, I was disappointed to hear that a wire was tacked on.

However, we are now aware of the project to turn authentic NES and SNES controllers into wireless retro controllers that truly give the old-school feel for those Virtual Console games.

Unfortunately, these still aren’t available for mass consumption, but if you are electronically skilled, you might want to give it a chance. I’d love to see some Genesis controllers as well 🙂 If you can make a bunch, let me know, and I’d be happy to sell them for you!

Where can I buy one of these?