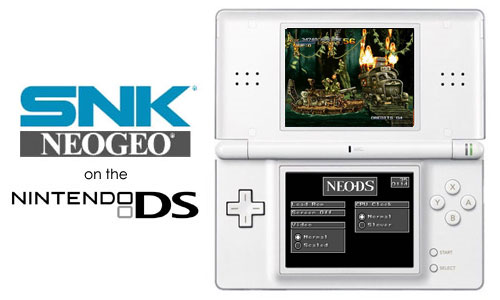 Over the last few months we’ve take a look at nesDS and Lameboy for excellent ways of playing NES and Gameboy games on our DS, but NeoDS has also arrived so we can play a number of impressive Neo-Geo games on our portable as well.

Special thanks to Ivo in writing the installation tutorial

Neo Geo Emulation Off To A Great Start

So far there, there is only one Neo-Geo emulator for the Nintendo DS, but it is quite impressive for such an early release.  Compatibility can be a bit hit-or-miss at this point (download the compatibility list for details), but it plays many games (including some newer titles) quite well.   In fact, I think the quality of the emulation will impress a lot of people.   Feel free to read this developer interview at GameSetWatch for more interesting details.

The NeoDS installation isn’t quite as easy as nesDS or Lameboy, but it’s not too bad if you follow the directions below.  The main things to remember are that everything needs to be in the root folder, ROMs need to be converted with the included utility, and you need the Neo Geo bios file included. 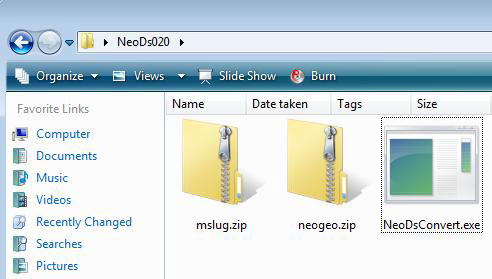 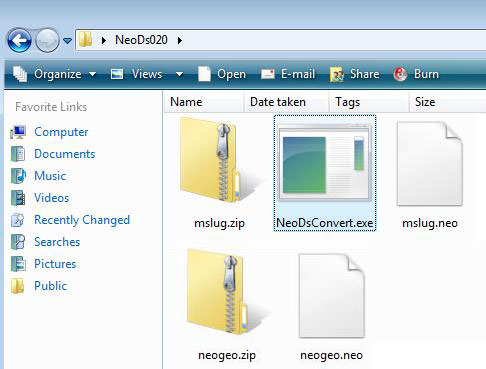 To get a better feel for how NeoDS handles, I’ve recorded a quick video that walks through some of the menus and shows a few games in action.

I used to play Metal Slug games on NGE on my PSP. I’m sure it would look better on the PSP than on the NDS. Thanks for this article, anyway.

great I will try it

No clue — both Ivo and I run a CycloDS.
I haven’t heard any complaints though so far on all the places I’ve dug around on.

Can you guys post some converted games….I can’t seem so convert any others…except metal slug 1.

Great for DS only owners but if you own both a DS and PSP, the PSP is sooo much better for emulation.

I can only convert the neogeo.zip file. All others fail. What am I doing wrong?

Sorry guys — not sure what you’re doing wrong. I just followed Ivo’s steps above and it worked fine for me. If you have problems, I recommend asking on the developer’s site.

Managed to convert the bios but not the games. Getting fed up. need some help

where do i download games which are BIN files coz apparently neods cant run roms.. please send link or provide help converting a rom to bin

I get my ROMs from Underground Gamer

Doesn’t seem to work with some versions of Neo-Geo games – specifically, the ones I have that work just fine in NeoRAGE X…

No need for that Tex; I didn’t feckin’ know, did I…

umm..noob here, neogeo.zip is the only thing that seems to be converted. i downloaded an svcchaos and kof2003 roms(checked them out-they have “-bin”s in them not “-rom”s) and they dont get converted into a .neo file

decent.., i followed your steps and instead of Metal slug i downloaded Street figthter 3rd strike and when i click on the convert exe. the black window came up but nothing was created, suggestions?

Thats cool..
Nice to see the Neo getting love.
I got the Neo on the psp and i play it
more then actual psp games..

For some reason i get a black screen everytime i try to load a rom. any suggestions?

hi..i did all you said step by step but i can convert the neogeo.zip but not the others…by the way all files in the folder of kof2002 are bin..so i dont know whats wrong…coud you sent the game converted of kof2003 to my mail…please because i really need to play that game please only that game…fenix_gs12@hotmail.com