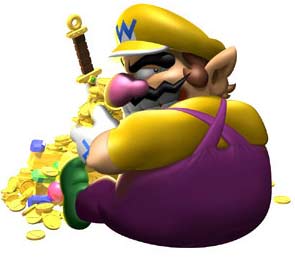 I’ve been a collector all my life. My largest collecting phase began when I was 7 years old and initially became fascinated with baseball cards. Once the baseball card market became oversaturated in the late 1990’s, I eventually withdrew from the hobby, but the experience taught me a number of life lessons in business, personal networking, and what is important in life.

In the past (with any of my collecting hobbies), people were mostly limited by your local resources. In the case of baseball card collecting, the cards I had were only a result of

These resemblances continue when you realize everything changed when the Internet made the world “smaller”. Things such as message boards and auction sites have allowed us to purchase virtually anything quickly and easily in order to build our collections.

It used to be the only people that had truly impressive collections were those that physically traveled the country or even the world tracking down the elusive items to round out their collection. However, now the only thing that really keeps the average Joe from having the perfect collection is the size of his wallet (or his credit card debt).

As long as a person is willing to shell out the money, all they have to do is search on eBay or Google to find the item(s) that they want. They can now survey the entire planet for items with a relatively small amount of effort and cost.

While building my various collections over the years, I used to dream about how cool it would be to be able to have a nice display of my collection on a wall of a room. This may have consisted of many shelves full of items in addition to my favorites predominately displayed on the walls.

I eventually found this idea to be impractical for a couple of major reasons. First of all, after shopping around for my first house, I now realize how much more it would cost to have a dedicated room for a large collection. Also, in most cases, it would be rare to have more than one or two friends that would truly appreciate visiting such a collection. Maybe you are luck and have a lot of local retro-gaming friends; however, I have yet to meet any in my area.

You can now also read my follow-up post, “Don’t Invest In Vintage Games”, and as for this post, I would love to hear what you think about either the post or about game collecting in general. I’m sure there are many other people that have differing views from me.

May 1st, 2006 at 9:45am by racketboy
Game Collecting, Journal, Retro Gaming
Tweet

I agree with you. I only collect the stuff that I enjoy, because I don’t know anybody that enjoys games like I do. So every time I go through my collection, at least I’m happy 🙂

You’re exactly right about collecting games for enjoyment. Games are meant to be played! Although I still hope my Virtual Boy library will buy me a small island for retirement someday.

Here’s a link to an article I wrote for PTB last year about the rules for acquiring classic video games.

I play Magic: The Gathering online, and not only collect a portion of cards of that game, but also more recently started collecting some portion of retro consoles/peripherals and games.

I think the following article by one of the designers of Magic might be interesting – it is about collecting in general and some particular applications to the game:
http://www.wizards.com/default.asp?x=mtgcom/daily/mr121

Whilst I by no means have one of those mammoth collections that you often see posted online, I do like to think i’ve got a nice little set of games. My favourite thing about them is a feeling of smug satisfaction that pours over me when I bask in their collective beauty as they sit on their shelf.

You’re definitely right about there always being someone who has a bigger, badder collection than yours, although I have noticed that these people often have stuff that’s all messy looking. I imagine if you tart your lot up, put it on some quality shelves and give it a nice designer look then it’s possible to make a smaller collection look like a more impressive feat. Especially if you take a good photograph of it.

I totaly agree, I have a large collecion of retro games/consoles but I limit myself to 2 areas. I collect games I used to own as a kid and part exchanged/sold to buy the next super must have console. Secondly I buy games and systems that I wished I could have bought but couldnt afford (I finally got that Mega CD+32x combo with Night Trap 32x)This way seems to work and I dont overspend too often.

I also avoid the look but dont play attitude. All my (20 ish) consoles are on shelf and playable. I cant stand collectors that keep games in their original shrink wrap.

Yes my collection half fills my living room but there are other collectors out there with loads more, my collection is like a history of my gaming life and therefore very personal. I think the most important bit is to enjoy games and not treat them as an exhibit in a museum!

I do just like xx maddie xx, i collect all the stuff i enjoyed as a kid and everything my parents couldn’t afford back then. i was never one to get rid of my stuff, but when playstation 2 came out and i didn’t have any money i regretably traded in every game and system that i had aquired up until that point to pay for the ps2 and some games (looking at what some things sell for now i got ripped off by thousands). now i’m spending all my disposable money on rebuying all my favorite games and toys from my childhood.
i did make sure to get a place with an extra room for my playable “museum”. when friends come over and see my collection they always see something from their own childhood that brings back great memories, but overall don’t really appreciate what i’ve accomplished. i on the otherhand take great pride in my collection and pretty much do it to impress myself and remember more naive times when ninja turtle toys and nes were all that mattered. when i have a bad day i just go in that room and everything is ok. i think a dedicated room for a collection is a must. my fiance doesn’t bitch about toys and games cluttering up the place, it doesn’t look like a nine year old owns my house, and it’s just more presentable that way.
keep your main systems you play in the living room entertainment area but don’t over do it, you don’t want to look like a college student forever.
overall i agree with your articles, concetrate on what you like and what makes you happy, not the trendy rare games that you’ll never play. you’re collecting for yourself. every type of collectible sees it’s good years but eventually interest in it dies off and the only real value left is sentimental. we all hope to retire off our collections some day, but it’s unlikely.
Martin also makes a great point that quality is better than quantity. ive seen some huge collections that just look shitty cause its piles upon piles of games that look cluttered. presentation is key. i know my collection of toys and games isn’t the biggest or best out there but it looks bad ass and even a non collector/enthusiast can appreciate a good presentation.

I fully agree, esp. with regard to eBay, as I pointed out here .

I decided long ago that trying to collect every single game for any one system was an exercise in futility. First…it’s already been done. Second, the vast majority of those games in that collection are TERRIBLE.

With that in mind, I decided to set out to get every major console ever released, and get the best 10-20 games for each system. (the exception being the NES and SNES which I’m going to break down and pass the limit on, since they’re my favorite systems, and I have more games that I enjoyed).

My reason for doing this is because I want my kids to be able to actually see where games came from. Yes, we could easily (and likely will) emulate these games, but you just miss something from being able to see the cartridge, feel the controller, look at the system, etc. I always enjoyed looking at all of the old junk my parents happened to have collected over the years, and if my kids end up the same way, then hopefully they’ll appreciate this collecting style. 🙂

I’m getting games for the systems I enjoyed, especially those made for the NES and the Sega consoles.

It is the action of inserting those cartridges and the overall look and feel of the old systems, thats something that cannot be emulated.

Heck, I even have a 27″ CRT TV to enhance the retrogaming experience.

Like the general consensus, I am all about scooping up the games I loved as a kid and accumulating the games I had on my wish list growing up but couldn’t afford. I believe games are meant to be played, however I don’t see any harm in having a few show pieces in the way of sealed games. I own a few sealed NES, SNES, and Genesis games. In my case, the sealed games are duplicates of games I already owned loose. I like to have the complete game with box and instructions. I enjoy looking at the box art and reading through the manuals from time to time, as I did when I was a kid. Also, it just makes my collection look better when I can neatly display the boxes on a shelf rather than being in a drawer full of loose carts. I generally bought sealed games when I found them for a price comparable to that of a complete game. I can’t see myself paying hundreds of dollars for a sealed SNES game when I can find a mint box for $30 or less. This bring me to another point that I may get some grief for…I dig the convenience of emulators and I bought thousands of ROMs that for relatively nothing when compared to what it would cost to but the physical cart. There really is no reason for me to continue collecting older cartridge-based games as I pretty much anything you can think of on my hard drive. I collect the older stuff more for aesthetics that anything else these days. For Playstation One and later games where emulators don’t perform well, the only sealed stuff I have is my backlog of games I bought new but just haven’t gotten to yet. For CD-based games, a complete game is a must for me. Maybe it’s an OCD thing but I have been that way since I first started buying PS One games in 1995.