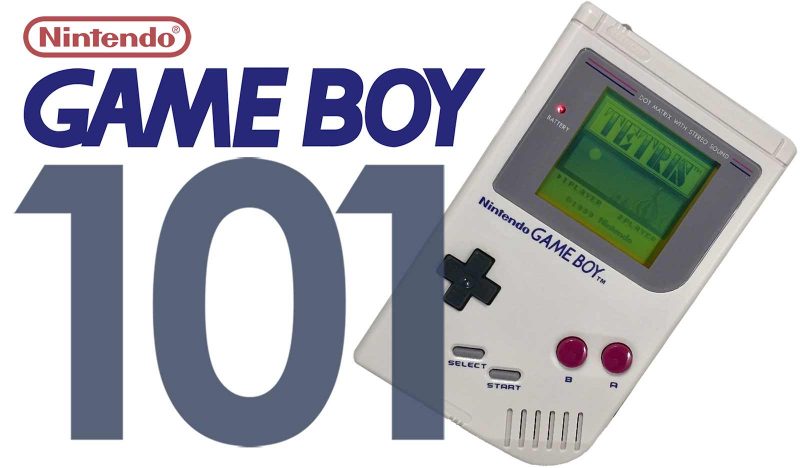 By Ack, Noiseredux, and Zen Albatross
Check  out other Guides in the Retro Gaming 101 Series

In 1989, Nintendo released the Game Boy, a grey brick of plastic with a green screen and only four audio channels.  Nintendo’s leadership believed it would be popular.  But it wasn’t just popular, it became a cultural icon.  Now the Game Boy is one of the most easily recognized pieces of machinery in the entire world, Pokemon is a common household name, and nearly everyone and their mother has heard of Tetris.  It is a testament to toymaker Gunpei Yokoi that his creation has brought so many years of laughter and joy to the people of the world.  In the realm of video games, few machines can claim to have had the impact of the Game Boy, and fewer still can claim its longevity.  Its legacy continues to inspire and to fill our hearts with wonder.

It should be noted that this piece focuses on the Game Boy, not the Game Boy Color or Game Boy Advance, though they are mentioned at several points.  All three featured different hardware, bring different strengths to the table, and are important enough to warrant separate articles.

I would like to thank both Noiseredux and Zen Albatross for their help creating this article.  Noiseredux is well known in the Racketboy community for his love and knowledge of the Game Boy and maintains a blog on the handheld at RFGeneration, while Zen Albatross has contributed in the past to Racketboy, including an excellent piece on the handheld’s 20th anniversary in 2009.

The original Game Boy had a tremendous amount of games that popularized a number of franchises and brought many established ones to the portable gaming world for the first time.   Popular games and series include Tetris, Super Mario Land Series, Wario Land Series, Pokemon series, Kirby, Final Fantasy Adventure, and many more.   Here at Racketboy, we are planning on developing some additional Game Boy game guides, but here are a few excellent lists to look over:

Great article! I hadn’t known about the Game Boy Light.

The GBA is one of my favorite systems.

Gambatte is the most accurate GB/GBC emulator ever developed. It can be used on Windows, MACOSX and Linux

For gaming off the grid I recommend the Naki Solar Pak for Game Boy. Never use batteries again. This thing makes your Game Boy even bigger. http://tinyurl.com/6gc6he9

Great article. The Game Boy is a beautiful product with an amazing lineage. It was the second system I ever got, with Tetris and Super Mario Land, for some Christmas or another. I’ve had almost every iteration, up to a DSi XL, heh.

Probably worth mentioning the Hori Super Gameboy Commander in your list of accessories – a SNES pad designed for use with the Super Gameboy, similar to the later Hori Gameboy Player Controller.

Some nice pics (inside and out) here: http://tinyurl.com/45bql58

Or the monstrous Booster?
gonintendo.com/viewstory.php?id=84977

The WorkBoy keyboard for those productivity suites or Foreign Language tutors without battery backups?
assemblergames.com/forums/showthread.php?t=20027

Great article, I bought a Konami Hyperboy on ebay. I didn’t even know what it was officially called until reading this, or the fact that it was Japan-only. Thanks!

Awesome article. Finally the GameBoy gets a 101 Guide! Absolutely worth the wait. Great job guys!

Wat about the handy boy,I gots it!

I was born in 1997 and was a member of the game boy colors final mainstream years and one thing i learned is those things are tough i left it out in the rain during a heavy storm all my dad had to do is air out the circuit board.

Hi everyone so new at this site and thank you for all the comments that have been left sorta helping me through all this. See I own a mint condition Gameboy 1989 portable device with 2 games one being SuperMarioLand 1 as well as Spot from virgin games as well comes in a original Gameboy portable case even with the strap that goes around you neck to carry LOL so would anyone know anything of how much all of it would be worth? My e-mail is letitrain21@hotmail.ca so please if anyone can help me that would be greatly appreciated.

a little addition:
at that time nintendo manufactured their consoles both in china and japan (china only from GBA and up) and the these gadgets were different.
the japanese gb pocket has a red power indicator led and the chinese doesn’t have any.
i just noticed this summer when i played tetris multiplayer with link cable with friends and one gbp discharged then we wanted to know how about with the other one and we just noticed this obvious difference- after many many years:)
good atricle anyway, and gb is still my fav console. i even have a game boy light skeleton boxed with serial number 395 – only 5000 manufactured in japan. do not ask-not for sale, just sayin. this is the model if you are a die hard fan

ifound another 001 gbp model also made in china and does have power led. a black one, and my silver doesn’t have.

Cool article guys! Maybe you could update it sometime to include the new virtual console service for the Nintendo 3DS which offers some old Gameboy games, which extends the Gameboy’s lifespan even further.

I still have my Game Boy Color, but sadly I gave away my games to a local game store.

real nice article for sure. Good sorce of info too. Learned a few things here

I loved this article, I found it really interesting since a friend of mine decided to feed into my Nintendo habits by actually giving me a gray brick and about 20 great games (Including Pokemon Blue). Can’t wait to play it! Once I have rechargeable batteries of course

Hi!
I’m kind of hoping that you might be able to give me some advice. I stumbled upon your site while trying to research the Game Boy Color unit. I have an original, still factory sealed Game Boy Color limited edition icy blue unit. I won it back in 1998 at a church festival and never opened it because I already had a gameboy. I put it away for my son who was less than a year old at the time. I had actually forgotten about it until I was cleaning out a cupboard and came across it recently. I took it to a comic book store/video game place and he offered me $250 for it but a gentleman who was a customer there told me that it was worth a fair bit more in his opinion. Now I don’t know what to do with it! My now 21 year old son wants it, but he wants to open it and play with it as he’s into retro gaming. But I feel that it would be silly to do that because it’s probably rare to find one in this condition, I’m sure for someone that collects them this would be a wonderful edition to their collection as I’m sure there probably aren’t too many still factory sealed around. Any advice would be awesome! Thanks so much in advance!