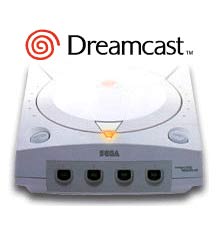 As one of G4/Tech TV’s only good shows, Icons does an excellent job of looking back at many of the great people, consoles, and game series that made an impact on the gaming community.

I just got done watching the episode of Icons that looks back at the history of the Sega Dreamcast. I thought that overall, it did a pretty good job at showing what made the Dreamcast successful in the eyes of its fans and what made it lose commerically to the PS2.

I was a little disappointed that more of the games were not detailed any more than a casual mention and flashing some game footage.

I also found it interesting that there was no mention of the piracy problems that started to lead to the Dreamcast’s demise. Also, since the video was first aired in 2004, there isn’t a mention of the strong homebrew community and they trickle of releases (primarily shooters) that are still coming out in Japan. Even with these drawbacks, the video is still produced well and is very entertaining for Sega fans.

did piracy really lead to dreamcast’s demise? i always thought it upped hardware sales, since the people who really can’t afford games all too much bought the dreamcast anyways just ’cause the pirating games was easy. remember reading that somewhere, i just can’t remember where.

“Mil-CD support was removed from the final Dreamcast revisions toward the end of the console’s life, but rampant piracy is often cited, erroneously, as one of the major reasons for the failure of the Dreamcast. (Software sales remained strong throughout the console’s lifespan.)”

“Mil-CD support was removed from the final Dreamcast revisions toward the end of the console’s life, but rampant piracy is often cited as one of the major reasons for the failure of the Dreamcast.”

So…*shrug* It will probably always be debated.

No, I don’t think it was a MAJOR thing, but it was just another nail in the coffin. I think it was significant enough to mention.

But as a TV show, they probably didn’t want to promote the fact.

I got into DC piracy a couple months after it started in 2000. I remember when they released the first self-bootable copied game. That was a big deal.

However, it didn’t make me stop buying DC games. I still purchased quite a few til the end. They weren’t all great ones though. I had Shenmue, but I also had…ugh…Fighting Force 2.

I’ve been watching some of the best of Icons on on-demand-cable lately and I really wish the program had an hour to work with instead of just 30 minutes. I’ve seen histories of Mario, Donkey Kong, Tetris, PlayStation, and this Dreamcast episode and while they cover a lot of material, there’s so much left unsaid.

I have to agree that the PS2 being a DVD player really was the cause of the Dreamcast’s death. Its so easy to overlook that now because dvd players are like $30 bucks, but back then a $300 PS2 was not only one of the cheapest DVD players on the market (besides total crap), but was also the most powerful gaming machine money can buy. That was why I bought one, I held out for a while too, but in the end the DVD functionality is what sucked me in to buying PS2 and holding off on buying a Dreamcast. If the Dreamcast was a DVD player it would have been a success, end of story. Thats also why the gamecube was the least successful console of the current three still around and why the playstation 3 will have a blue-ray player, its hoping to give that extra functionality that will encourage people who already have a DVD player to upgrade to the cheapest blue-ray player and the most powerful gaming system on the market. But I think it will be a tougher sales pitch this time, since the leap from VHS to DVD was way bigger than DVD to blue ray.

What led to the Dreamcasts demise was peoples unsurity of SEGA because of the Sega CD and Saturn. Plus Sony outsmarted them by releasing many new games that appealed to the masses.

hay it was an still is a great game, what im wonderen is y sega didnt bounce(hardwear-wise) back i mean just about every company had some major donw fall at one time or onother and bounced back. well i en stressen just keep the hits comen

I watched this video when it first came out, and I just watched it again now. Its sad, really. The Dreamcast was a very good system, and I cherrish mine. They did every thing right with Dreamcast, compared to everything they did wrong with Saturn, so its really sad how it failed.

One other thing that I think contributed to the failure of the Dreamcast was third party pull outs. As a huge Castlevania fan, I bitter that Konami was making a Castlevania game for Dreamcast but they pulled the plug toward the end and made a Castlevania for PS2 instead. In other words, they saw the Dreamcast failing under the PS2, so they switched teams. As I understand it, there was a few games that were scraped for this reason.

Definitely — the Saturn and Dreamcast both struggled with the third-party situation. Luckily, like Nintendo, they had excellent first party stuff, but that just wasn’t enough…

I think the media helped kill the dreamcast alot. Every time sega announced something, everytime they talked about sega and its machine. They were like but what about the ps2? can it hold against the ps2? the ps2 is better! blah ps2 blah blah! Media built negativity around sega. The ps2 had it first great game a full year after its release. The early games were soso especially compared to dreamcast’s awesome library.

The demise of the DC was quite a shocker when it was announced by Sega, it seemed like it was doing rather well, when you compare it to the Saturn and other systems before it that bombed (Jaguar, 3DO, etc.).

The piracy thing wasn’t that big of a problem, IMHO. Broadband internet and CD burners weren’t quite yet everywhere yet at that point (2000 ~ 2001), although I’m sure it still made more than a few 3rd party companies nervous about the Dreamcast.

Looking back, I think it was a combination of quite a number of small problems that contributed to it’s demise, but I believe the lack of a DVD player was the anchor that ultimately pulled it down.