The Sega Dreamcast has one of the most loyal followings of hardcore gamers and more than seven years after Sega announced the end of its hardware run, the Dreamcast is still slowly being supported by a handful of devoted developers. The latest game be announced is DUX, a new 2D shooter from the team at HUCAST.net.

Racketboy.com regular, HeavyMetalMe took some time to discuss this upcoming release with René Hellwig of HUCAST.net and was able to share some details about the game and many of the thoughts that went into designing this colorful game.

If you haven’t heard of this game just yet, you may want to check out the development blog and watch the gameplay trailer.

HeavyMetalMe: For those who don’t know, who exactly is the DUX development team? Where are you located, and how long have you guys been around? Does anyone there have any prior credentials?

René Hellwig: The whole DUX development team is from Germany. I’m from Hannover, Martin Konrad comes from Michelstadt nearby Frankfurt and Andre Neumann is from Wittingen nearby Hannover. Martin has a lot programming experience, especially with making GGT for GameGear. GGT is an Turrican like game and shows what you can technically do with the Game Gear, so I recommend to take a look at it when it’s finished. Andre is pretty well known in the Amiga and C64 remix scene and did a lot of nice remixes and original music. As for myself, I mainly have gathered experience with Last Hope for NeoGeo since 2001.

HeavyMetalMe: Before we get into the games, what is it that leads NG:DEV.TEAM and HUCAST.net to continue developing games for NeoGeo and Dreamcast?

René: Fun. Different games can satisfy different needs and with the current so called next gen a lot of genres were displaced to a niche market. To be more specific, the Neogeo is the most power 2D gaming machine with its almost endless amount of cartridge storage. So it’s probably the best system to make 2D low-res games for.

The Dreamcast is a very nice console as well- has enough power to handle 2D gameplay needs and has one of the friendliest user base I know of. Additionally, it’s not very complicated to program the Dreamcast.

HeavyMetalMe: How did your new game DUX come to be? What was the inspiration? What exactly does DUX mean, and what’s the story line?

René: The main inspirations for DUX are R-Type II and Pulstar. And also Pink Sweet from its look but not gameplay-wise. R-Type III can be also included but you then I could include every R-Type ever made, because most people won’t notice the difference. Every time you have a pod in horizontal shooter, someone will calling it R-Type clone. I found it kinda sad, that some people cannot make the see difference because R-Type is not just game, it’s an sub-genre.

HeavyMetalMe: How far along is DUX currently? How much is complete, and how much is left?

René: I started developing this game in January this year so it’s about a couple of month and when the games will be finished it will take a half a year of development time. The first 2 stages a near completion and all the remaining stages are roughly made about 75%. This may sound much but most of the complicated stuff is already done so it won’t take much time anymore.

HeavyMetalMe: From the images you’ve posted on your blog, DUX appears to be a typical horizontal shoot ’em up. How does DUX differentiate from other titles within the genre?

René: With DUX I want to combine the typical horizontal shooting genre with modern features. So the game will have a not so simple scoring system and more bullets simultaneously on screen then in any other game of the R-Type sub-genre. Don’t expect a Mushihime Sama like bullet hell though.

HeavyMetalMe: Last Hope received a fair amount of criticism for its game play and difficulty. What steps, if any, have been taken to avoid this with DUX?

René: DUX will very different to Last Hope in all the mentioned regards. It will feature a moderate difficulty and multiple checkpoints within every stage that will make game progression more comfortable, so even when you dislike most memorizers I think that DUX is worth a look. On screen visibility is an important factor too. There were many complaints that you can hardly distinguish between foreground/background and glowing shrapnel from bullets. With DUX all these problems are solved.

HeavyMetalMe: Are you currently open to, or have already taken suggestions for the game play of DUX from ordinary games?

René: I’m not too sure about this. P.N.03 has been one of the inspirations when it comes the very whitish and clean look. Maybe its to scoring aspects is an inspiration too. 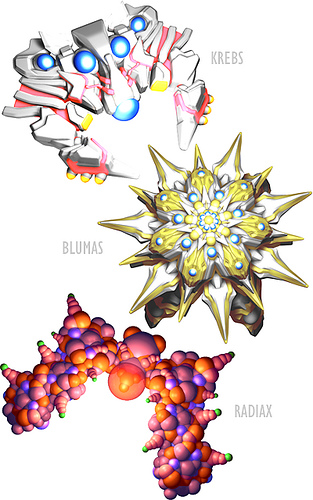 HeavyMetalMe: How many stages are planned? Do you have any details on difficulty levels, player stock, extended play, or possible loops?René: 6 stages. There may be some loops to make it harder when you already have finished the game on its 1st loop but that’s unsure for now. Since DUX will feature a scoring system you can play the game on pure survival and/or to increase your score at the same time. You already can do this with Last Hope but DUX pays more attention to the scoring system. So you will even get score when soaking up enemy bullets with your pod, and destroying some of the enemy in a certain manner to increase score and many more.

HeavyMetalMe: Who is composing the music for DUX? Was the offer proposed to Rafael Dyll, who did Last Hope’s soundtrack?

René: Andre Neumann is composing it. And the music already sounds great, maybe even as nice as Last Hope’s soundtrack. That’s a matter of taste though. Anyhow, the Stage 2 music of DUX is already my favorite atmospherecal soundtrack. With NG:DEV.TEAM however we will collaborate with Rafael Dyll to make sure the sound quality will be alright in our Neogeo games.

HeavyMetalMe: With NG:DEV.TEAM, you guys released Last Hope yourselves for Neogeo CD and AES. How did it work out that redspotgames released the Dreamcast port? And will all releases for DUX be through you?

René: We wanted to have the DC port of Last Hope published by an outsource so we could have more time developing games. Unfortunately, that didn’t work too well so we had more trouble, then we would have had without an publisher. That’s one of the reasons why I will publish DUX by myself. Every game retailer is welcome to stock DUX of course.

René: I will initially produce 1000 pieces of DUX. There’s not limited edition intended and I don’t think I will ever do that with a HUCAST.net release. Many people were disappointed they couldn’t obtain a limited edition of Last Hope for Dreamcast so I don’t want to see those faces sad again.

I’m open for non-significant limited special editions through, so as a bonus, a poster will be included with every preorder of DUX. The poster will look just like the cover art, which shows the DUX ship fighting against the first stage boss enemy.

HeavyMetalMe: How do you feel about the current going price of Last Hope? According to Wikipedia, a copy sold on eBay for 550 euros, or 730 dollars. Does that affect you setting the price for DUX?

René: Not at all. The Last Hope cartridge is a collector’s item made and only interesting for those collectors and NeoGeo home-cartridge enthusiast. DUX will be reasonably priced at 20 EUR. 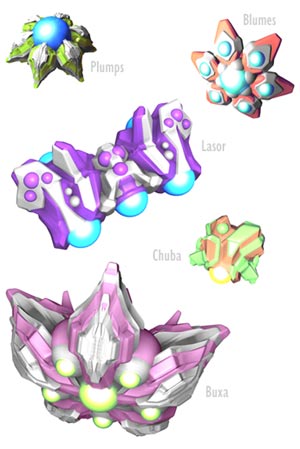 HeavyMetalMe: How does it feel to be one of the only businesses developing NeoGeo and Dreamcast games? Do you anticipate or welcome any competition?

René: It feels good. However, I welcome any competition with Dreamcast game development and hope this will be more strong in future. The canned Drill looked promising but it never came out, so there’s not much hope. Non shmup-wise I’m looking forward to Rush Rush Rally and hope it’s as much fun as it looks by its screen. I always had something left for a good top-down racer as I already was playing such games on the Amiga 500.

As for NeoGeo I don’t think there will be ever any proper competition, which is kinda sad. I don’t even know why I think so, but who else should be so frivolously to make full-scale Neogeo games like we do with NG:DEV.TEAM.
HeavyMetalMe: Any concrete release dates or pre-order dates for DUX as of right now?René: Pre-orders are already open as of this month. Release date will hopefully be in July.

HeavyMetalMe:What are you plans for the HUCAST.net shop? What will you stock and when do you anticipate it opening?

René: I intend to stock any quality independent console games mainly for Dreamcast and NeoGeo. Currently when my game shop will open in May/July, I initially will feature Last Hope and DUX of course. I’m looking forward to stock more games though.

HeavyMetalMe:What’s on the agenda for NG:Dev.Team and HUCAST.net after DUX? Will you continue making games for both NeoGeo and Dreamcast?

René: Indeed. With NG:DEV.TEAM a vertical scrolling shooter will be ready next year. With HUCAST.net I’m currently completely occupied with DUX so time will tell.

Racketboy: I want to personally thank both René and HeavyMetalMe for their time in putting toghether this interview and I wish the best of luck to the team at HUCAST.net on their upcoming release. If you would like to pre-order your copy of DUX, check out the official site.

Nice interview. Is there any information about the casing? Is it the jap style or a custom dvd like style.

It’s going to be a custom DVD style
Glad you enjoyed it!

Great interview! I’ll be looking forward to this!

Looks very cool. I’m still debating if I want to spend $43 to get it here in the U.S.. The poster would have sweetend the deal but those have already been claimed 🙁

Good interview, is good news to see the love of dreamcast been able to keep people releasing games still now.
Hey racket you misspelled DUX on the last part: “If you would like to pre-order your copy of DEX, check out the official site.”

Nice job guys. I’m looking forward to some reviews before I plunk out 45 bucks. I could always sell some plasma….

Thanks for spotting that, executioner. All fixed now 🙂

I have come late to this; I was pleasantly surprised when I heard T.N.G. Was releasing a new Dreamcast Shmup, and when I heard the musik it struck me as AmigaChipTune influenced, reading this it was confirmed 🙂 Musik matters in a Shmup, thank Andre for the fabulous mix. Indeed I’m very excited! And though for obvious reasons I wasn’t able to secure a poster, ill wait and shell out what it takes come Aug 28th. DUX looks awesome!
Great Interview racketboy!