Coleco Industries had a lot going for it in the early 1980s.  Its new console, the ColecoVision, had started to tear up sales charts thanks to the quality of its arcade ports, especially its pack-in, Donkey Kong.  Expansion modules being released were adding to the console’s usefulness and its potential game library.  But the console’s time in the limelight was tragically short-lived, as the market’s bottom fell out and the ColecoVision became just another dead format in the wake of gaming history.

Still, there is something to say for the ingenuity of individuals in gaming history.  Without Eric Bromley, the ColecoVision would not have existed, and it’s safe to say that some of gaming’s most entertaining stories would never have occurred.  Bromley’s invention received high praise and the sales to back it up in its few years in the market, but this is perhaps secondary to the tale of how Bromley got his hands on Nintendo’s prize coin-op, Donkey Kong.

Bromley wasn’t even aware of the game’s existence when he met with Nintendo president Hiroshi Yamauchi to secure the rights to several Nintendo properties, but after a short trip to the bathroom, he stumbled across the game which would make his console king.  What followed was a whirlwind tale of $200,000, Japanese business practices, and Bromley’s inevitable begging of Yamauchi to allow him to live his dream of making the best console imaginable with the best game he could include.  But he got that dream.  So out of respect to Eric Bromley, his dreams, and pure dumb luck, Racketboy.com is proud to present the ColecoVision 101. 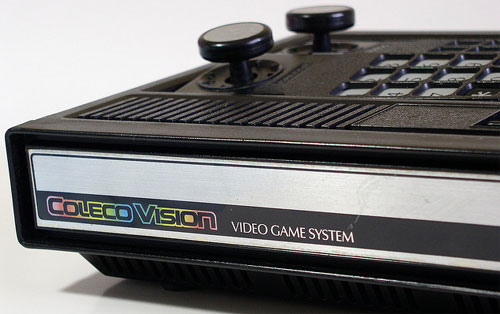 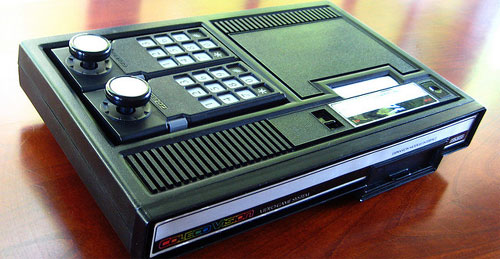 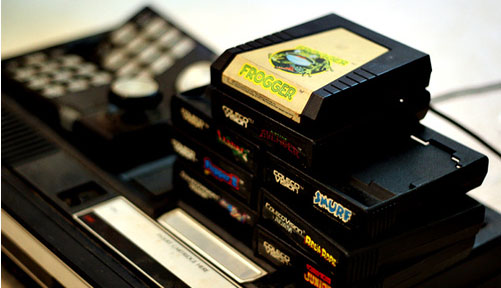 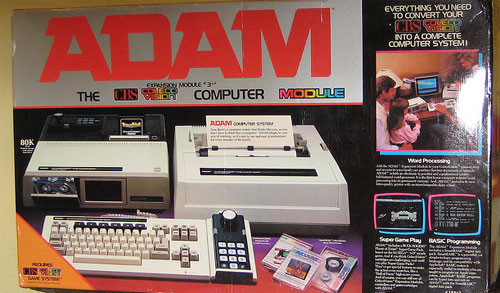 I remember a friend of my mother that had a full Adam setup. It was amazingly huge with everything hooked up on the desk. I never saw it in action though. Only played a Coleco a few times as a kid.

A correction:
Telegames was a distributor who purchased licensing rights to repackage and sell ColecoVision items with the Telegames moniker (similar to the ColecoVision CBS moniker)( and similar to NeoGeoFreak and the NGF brand for neogeo items). Telegames also released many games that were never directly released from Coleco and were thus never mentioned in formal catalogs or brochures from back then. NeoGeoFreak had a similar venture with SNK and we released many neogeo aes cartridges that were not released directly from SNK, but are now starting to gain more acceptance. It is the same with Telegames and the CBS brand of ColecoVision cartridges.

Cool article. I really want one of these machines, but the price of the hardware puts me off a bit.

Great article. This is my first video game system by the way.

I do take small issue with that claim that the Donkey Kong port is “near-arcade perfect”. It differs just as greatly from the arcade version as most other home ports. It is, however, greatly playable and fun. It’s my favorite home port, but I am biased.

Hey TopSpot123, you’re right. The home port is different from the arcade release, but it’s considered the closest to the arcade when compared to other home releases of the game. I should have specified that instead.

If anyone is interested, a local game shop has a factory sealed Colecovision for sale http://www.facebook.com/profile.php?id=500317294&ref=ffa#!/GamersAnonymous I have no clue as to whether the asking price is fair or not.

I got a Coleco at goodwill but when I finally hooked it up the controllers dont work I can get the game to start but the controls wont work at all. Oh well, at least I can say I own one, and its in nice condition.

In response to Alex, if memory serves me, if the game only needs one action button and you can select a game type with your number pad, you can swap out an Atari 2600 controller after choosing a game type and play that way.

Please let me know if you have these Colecovision cartridges for sale: Boulder Dash, Tank wars, skiing, and Super Sketch.
Martin Pardys