In today’s extremely competitive gaming marketplace, publishers have been shying away from taking risks in developing new characters and franchises. However, there are a number of older franchises that have been absent for quite a while, but are just now starting to show signs of pleasing fans one more time.

Here are a handful of classic franchises that have been either recently announced or rumored to be coming out for next-gen gaming devices: 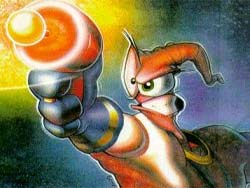 Earthworm Jim
All we really know right now is that the original people that made up the development house, Shiney, started meeting together about a year ago with the intentions of creating a new Earthworm Jim game that still had the creative charm of the original platformer for the 16-bit era.

Virtually all of the major developmental players from the first two games are on board, but nothing has formally been announced. The good news is that this seems to be a voluntary project for the developers as opposed to corporate executives pushing for a rushed sequel. If the reunited Shiney takes their time and lets their creative juices flow, we may just have another game that breathes new life into the platforming genre. 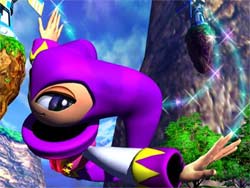 NiGHTS into Dreams
Ok, so I just posted about this rumor earlier today. But I really needed to add this to the list. Again, this is just a rumor, but Japan’s biggest gaming magazine, Famitsu, has a solid source that is saying that the franchise that defined the Sega Saturn will be making its way to the Nintendo Revolution and its motion-sensing controller.

NiGHTS sequels have been discusses for years now, but this seems to be ones of the most “solid” rumors. There was apparently a NiGHTS sequel in development for the Sega Dreamcast, known as Air NiGHTS, which would use some motion-sensing technology to guide NiGHTS in his flight.

Yuji Naka, the man behind Sonic Team, was very protective of the idea of bringing NiGHTS into Dreams to a newer console in order to ensure that a worthwhile sequel was made as opposed to a simple graphical upgrade. Because of this, the technology for Air NiGHTS may have instead been used in Sonic Team’s Dreamcast party game, Samba De Amigo (with its motion-sensing
maracas). Now that the Nintendo Revolution is on its way, Sega has a ripe opportunity to take advantage of this great technology and rekindle a great franchise.

It is also worth noting that Naka has left Sega to start his own development house, so Sega may not need to consider Naka’s opinion on if a NiGHTS sequel is ready for takeoff. 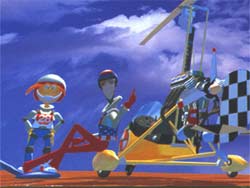 Pilotwings
The flight simulator series from the Super Nintendo and the N64 is also rumored to be on its way for the Nintendo Revolution. It was also previously rumored that a PilotWings game was underway for the Gamecube. For all we know, this may actually be a continuation of that project.

Today, Hudson announced that they were going to be releasing a flight simulator game for the Nintendo Revolution. It may be possible that Hudson was contracted to make the new PilotWings game. They do have a close relationship with Nintendo via the Mario Party games and the recent announcement of TG16/PC Engine games on the Revolution Virtual console, so it’s possible that once Factor5 (the original PilotWings developer) was no longer working on the game, it was handed to Hudson.

E3 should tell us more, but the Revolution does seem to have an advantage in giving developers a reason to raise some franchises from the dead. 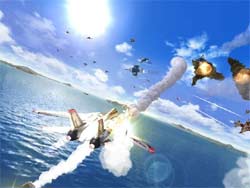 Afterburner Climax
Sega recently showed off the new After Burner arcade game at a game show in late 2005. So far, there is no console ports announced, but from the screenshots and videos I have seem, the game looks amazing. Forget about that cruddy PS2 Sega AGES Series version of Afterburner. Afterburner Climax is completely re-built, looking fast-paced and fantastic.

Over the last year or two, Sega has drifted away from its reputation of creative games (lets try to forget about Shadow the Hedgehog and Billy Hatcher) and high quality arcade titles. Occassionally, they have some great remakes/sequels such as Panzer Dragoon Orta or Outun 2006 (even if they don’t sell well) that keep me hanging on just enough as a fan of Sega’s work.

Sega hasn’t shared a lot of details about the game other than the trailer, but Afterburner Climax looks to make up for Sega’s lack of quality in the recent past. 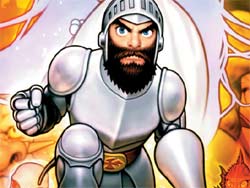 Ghouls ‘N Ghosts
With all the retro compilations Capcom has been pushing out, its surprising that one of their old series’ (other than Megaman) is actually getting a fresh installment.

The gameplay also retains the basic flavor of past titles, but adds plenty of new elements in addition to non-linear gameplay. You’re no longer on a fixed path from start to end. The levels include branching points and even warp points.

It great to see Capcom going back to its roots as, like Sega, they have been rather hit or miss while transitioning to next-gen gaming. 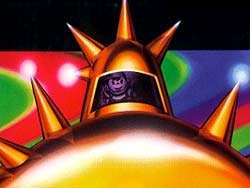 Mother/Earthbound
This classic Nintendo RPG series has had quite a buzz around the Net for quite some time, but fans were given hope of an Earthbound sequel like never before when Mother 3 (the sequel to Earthbound) for the Gameboy Advance.

The sequel has been in development a number of time and had a planned release for Nintendo 64, but was eventually cancelled.

This Gameboy Advance version was JUST released in Japan, but an English translation/release has not been announced yet. Many non-Japanese Earthbound fans a getting a bit worried as there has only been assumptions of a translation thus far. To be honest, Nintendo would be pretty stupid not to release Earthbound 2 stateside. 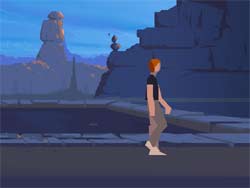 Out of This World
While this revision may never make it to a modern console, fans of the original game may be looking forward to an enhanced edition of “Out of This World” that will be making its way to the PC.

This edition of the game looks incredibly beautiful with its colorful vector graphics, but stays very true to the original game.

As Out of This World creator, Eric Chahi, said “It’s a collector’s re-issue, not a remake. “When I created Another World I was already thinking that one day it would be able to run on higher end computers. The idea was to create something that respected the original release, so the enhanced backgrounds are in harmony with the flat polygon animations. And, of course, the game in its original 16 color form will be available too.”

It’s so great to see classic game creators coming back to their “babies” and sprucing them up for the diehard fans. 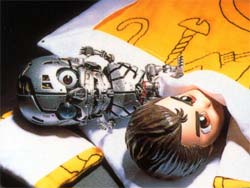 Snatcher/Policenauts
This gritty cyberpunk adventure title from Konami seemed to be heavily inspired by movies such as Blade Runner and The Terminator and included some RPG elements, resulting in what was one of the best reasons to own a Sega CD.

Back in February, the German site, Gamefront.de stated that the trademark for Konami’s Snatcher has been recently renewed by Hideo Kojima. Supposedly, he is interested in bringing the game to a mobile platform. The Nintendo DS would make most sense as the text-selection and clue-hunting elements works well with the DS touch screen.

As I have mentioned in the past, many old graphical adventures such as Monkey Island and Snatcher would be prime candidates for the Nintendo DS. Phoenix Write: Ace Attorney would be a modern example of this type of game.

If Snatcher did get published on a modern device, it would be wonderful if the sequel Policenauts followed it. Policenauts Snatcher saw a sequel in the form of Policenauts on the Playstation and Saturn, but only in Japan. The English-speaking community still is not able to full enjoy this game. 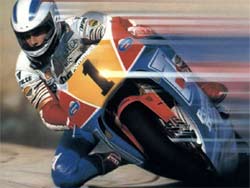 Super Hang-On
Ok, we really don’t know much about a possible Super Hang-On remake except for the fact that Sega is renewing the trademark for the name.

But with what we have seen so far with what Sega has done with their fast-paced franchises like Outrun and Afterbuner (when they start from scratch, that is), it should be exciting to see what Sega can do with the biker racer on a next-gen platform.

Well I definitely want to play another Earth Worm Jim game. And “Out of this world” although I know it’s named Another World keeps amazing me. How could this man achieve such a wonderful fast loading game over 2 discs?

Hi,
i have enjoyed reading through your blogs/lists, great stuff thanks 🙂
but (there’s all ways a but) no mention of the Amiga? how many retro games started on the miggy and influenced some of the finest games ever?
Or will the miggy get a blog all on it’s own?