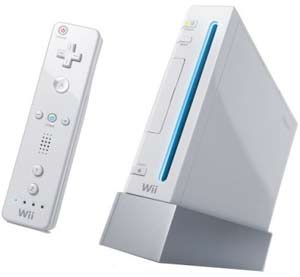 Just in time for all the lucky people who got a Wii for Christmas, Nintendo has updated the Virtual Console’s library with a number of top-notch titles.

The most anticipated addition to Nintendo’s download service is none other than the NES version of Super Mario Bros. I’m sure this classic will be an obvious best-seller on the Virtual Console. (Just in time for the re-release, here’s a guide for accessing the “minus world”)

Representing the Sega Genesis this week is the cult classic, Toe Jam and Earl. It will be interesting to see what the reaction will be from modern gamers that haven’t played it before as the game is a bit of an acquired taste.

Rounding out this week’s Virtual Console Releases is R-Type for the Turbo-Grafx 16. In addition to being an excellent addition to shooter fans, the game also serves as Nintendo’s first experiment with a price increase for game downloads.

Previously, TG16 games were 600 points (about $6) each, but with R-Type, gamers much cough up 800 points to play. Joystiq commenter, djsyndrome, had some good insight on the topic…

“It’s more expensive because it’s technically two games in one : the Japanese R-Type for the PC Engine came in two parts, and they will have to pay 600 apiece over there for the whole set. The American version of R-Type contained both parts on one HuCard.”

While that conclusion makes a bit of sense, I would be rather surprised if that is the reason. On the other hand I am a bit surprised that R-Type would be the first choice for a price increase. I would have thought that Super Mario Bros. would be a prime candidate.

And while we are talking about prices, there are many people including myself that most of the prices for games are quite unbalanced. While some of the prices might be acceptable for games like Mario, Zelda, and other big-name titles, many of the less desirable games (like Tennis on the NES) should be significantly cheaper if they expect to sell many.

The Sega Genesis Classics collection for PS2 has 27 games in it. Even if those games were all available for the Wii (which they are not), they would cost a combined total of $216 dollars! Food for thought.