This one’s for the ladies.  No, seriously, the Casio Loopy was marketed strictly towards Japanese females, seeing release only a few short months after the first Purikura machines started getting released in Japan.  While it is a game console, this little machine featured the ability to print screenshots of video games as stickers.  It would never make its way out of Japan, but serves as an interesting oddity and side attraction in the ongoing video game marketing wars of the 1990s. 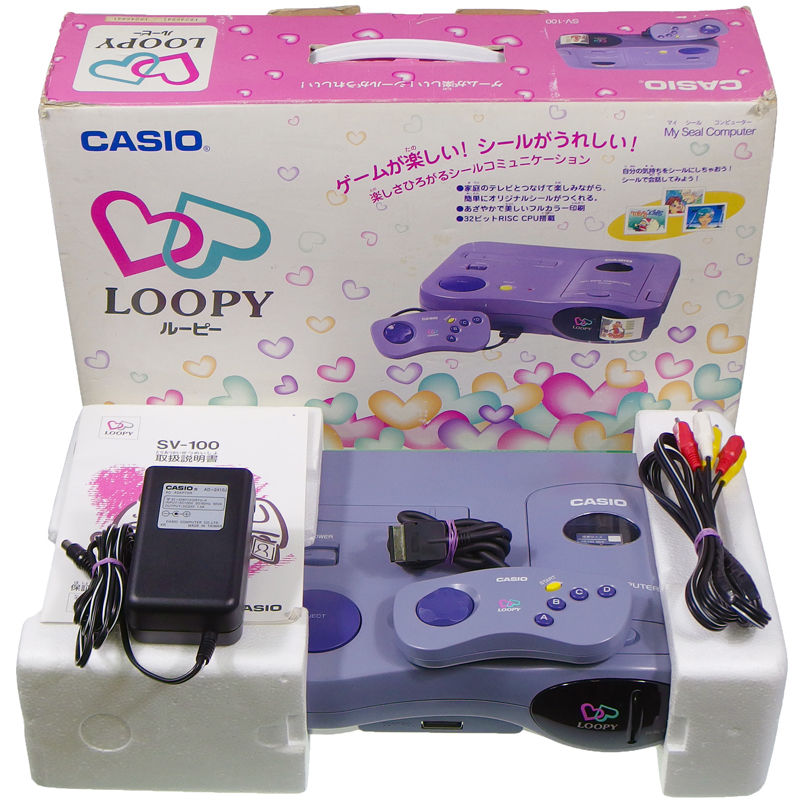 When I was a kid ( i mean something like 1998)I remember hearing about this from an older otaku who came back from Japan, and wanted one like crazy. I mean, I thought it was like a Supernes with stickers. Quite dissapointing :/

Nice peace of hardware, I was unaware of!
Thanks for another great article.
vids: http://www.youtube.com/results?search_query=casio+loopy&aq=f

I’ve owned a Loopy since the late 90’s. Very interesting console and good for a bit of goofy fun. Can’t believe I’m reading about it here. I remember having great time with a Mario Paint-style game and running out of sticker paper pretty quickly. Too bad about the tiny library.

Awesome blog! Do you have any recommendations for aspiring writers? I’m hoping to start my own blog soon but I’m a little lost on everything. Would you recommend starting with a free platform like WordPress or go for a paid option? There are so many choices out there that I’m totally confused .. Any tips? Bless you!

Thank you! My best advice is to just start. Writing is like an muscle that needs exercise. If you have a way to easily set up a WordPress install on the cheap, that’s my recommendation. WP is what I have been using for over a decade. If you need something easier, there are some good options out there, but sometimes do require some money (there’s also hosted WordPress if you want to pay for it).