This bulky episode of the podcast looks at three smaller independent companies who are working on shoot ‘em up titles for current gen systems.  Each guest had quite a lot to say about the state of shmups, the industry, and working for a small company.

BE SURE TO LISTEN TO THE SHOW TO FIND OUT HOW TO WIN ONE OF THREE FREE GAMES FROM ROCKIN’ ANDROID!

SideQuest Studios has been responsible for Soldner X and Sodner X-2, two of the best shmups to grace the PSN.  Rafael Dyll composed the rockin’ tunes for both games, and has done work on other shmups over the past several years (including NG.DEV’s Last Hope).  In the interview he discusses his work, the utility of the term “Euro shmup”, and his thoughts about how to get into the game music industry.

Xona games is a two-man team made up of brothers Matthew and Jason Doucette.  They have already released the excellent Decimation X for the Xbox Live Indie Arcade, and are currently finishing up work on two other Xbox 360 shmups: Duality ZF and Score Rush.  In the interview Matthew discusses game development in Canada, what makes a great shmup, and why Parsec for the TI-99/4A is one of the best games ever made. 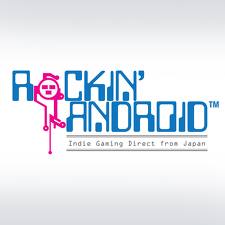 Rockin’ Android is responsible for bringing great Japanese independent shooters to the American market, and have done so with great titles like Suguri: Perfect Edition and the Gundemonium Collection.  In this interview, Rockin’ Android’s Adam Milecki discusses how the company chooses games, why PSN users have something to look forward to in 2010, and offers something very special for our listeners.

**Also:  Thanks to all of those who submitted music and artwork for the show – you’ll see the winning work featured in the next episode!**

Please consider creating an RSS feed for the podcast alone so that we can subscribe to it, especially for those of us who will not or cannot use iTunes.

“Please consider creating an RSS feed for the podcast alone so that we can subscribe to it, especially for those of us who will not or cannot use iTunes.”

Thanks for the interview and coverage. I was glad to take a part in this, and honored to be along side of SideQuest Studios and Rockin’ Android! Please give me any feedback on my interview, I’m still learning how to “talk live”, not something I am use to. I will take everything as constructive criticism. (Writing this before listening to the podcast.) Thanks again! 🙂

There’s the RSS feed for the podcast!

Racketboy, you never disappoint on these articles! Fantastic read.

I deserve to win becuz I heart shmups.

Is that the same Adam from Tech-Gaming?

Parsec is godly. And I listened just to hear our guy, Karnov. or TideGear as we call him at Tech-Gaming. Now, I know why he is so busy.

Everyone did such a great job, as usual.
This may be one of my favorites so far. I’m so honored to have this show bearing the site’s name 🙂

We deserve to win free shmups because the world is not done with 2D yet, and by god we will make them all understand this!

It’s because there’s an RSS issue — a fan had created the iTunes entry with his own custom RSS feed, but it stopped updating. We’re trying to get that iTunes entry switched over to our own RSS feed.

Dave, any word on that on your end?