I may not be a Neo-Geo expert, but I’ve ran this site long enough to know that there’s a number of SNK fans that aren’t keen on Dion Dakis. The co-founder of NeoGeoFreak pushed the buttons of a lot of American Neo-Geo collectors with his online antics and personality.

Last summer I had a trip out to Las Vegas and I worked it into my schedule to sit down with Dion Dakis for an evening and talk about the last few decades of the gaming industry. Knowing his reputation on neo-geo.com, I wasn’t sure what to expect.  On the other hand, he does have good eBay feedback and deals in public trade shows like the Classic Gaming Expo.  In his online writing (and sometimes while talking on the phone) he can come across as a stong personality, but once I met him in person, he seemed much more approachable. I did my best to go in with an open mind and try to present a neutral presentation.

I can understand the perspectives of both Mr. Dakis and those that disagree with him.   I understand the business aspect of NeoGeoFreak, but I can also relate to how people don’t like how he handles things.  Personally, if I was a game distributor, I would have done things differently.  But that’s me — I have a much different personality.

Long story short, I had an enjoyable time talking about games and learning some history. Dion was nice enough to let me record much of our conversation and take lots of pictures. Before our meetup, Dion went through his storage unit to dig up some very cool Neo-Geo collectables and artwork. What follows are the highlights. It took me a while to edit all the footage down and organize it – I apologize for the delay, but I hope you find this interesting regardless of how you feel about Mr. Dakis.

BTW, I realize the sound/video isn’t the best — it was low lighting, I only had the built-in mic on the camera, and I’m terrible at speaking on camera, so I’m surprised it turned out as well as it did 😉   Anyway, here we go!

Getting Started with Neo-Geo & Starting NeoGeoFreak

Even thought SNK wasn’t without it’s issues, Dion had some interesting memories of how things were in the corporate end of the Neo-Geo world

Shady Stuff Going on in the 16-Bit Era

The dark side of our childhood is discussed 🙂

Current Status of the SNK Community

I talk to Dion about what he thinks of the Neo-Geo community now and how things have progressed with homebrew software and hardware, etc

With lower-end copies of Neo-Geo games floating around, Dion discusses the topic and how to authenticate your games

Here’s a handful of pictures from Dion’s collection — for more images and notes to go with them, check out this gallery on the Racketboy Facebook Page 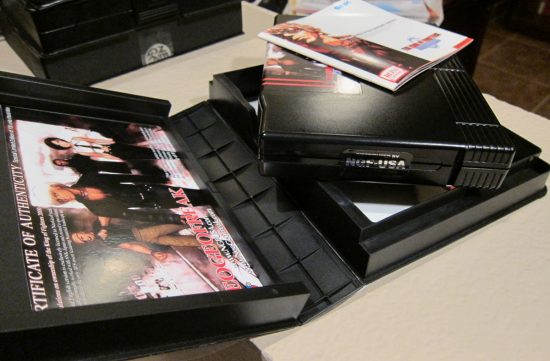 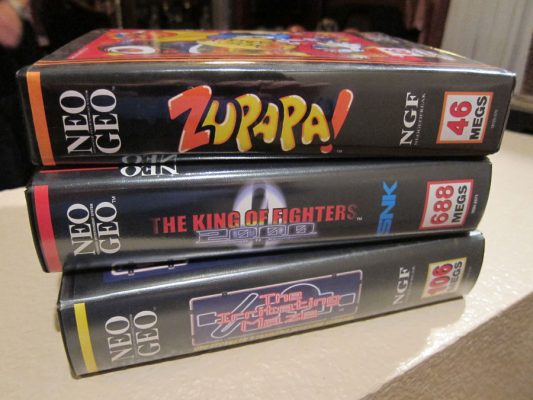 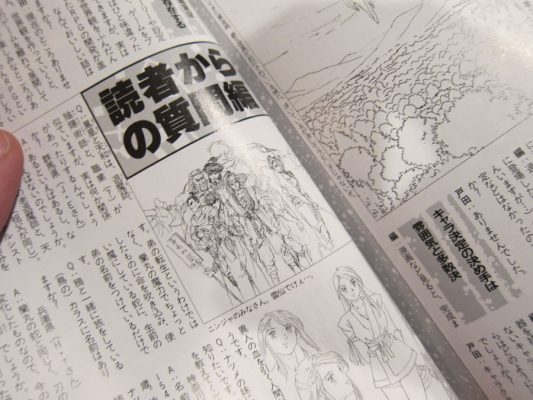 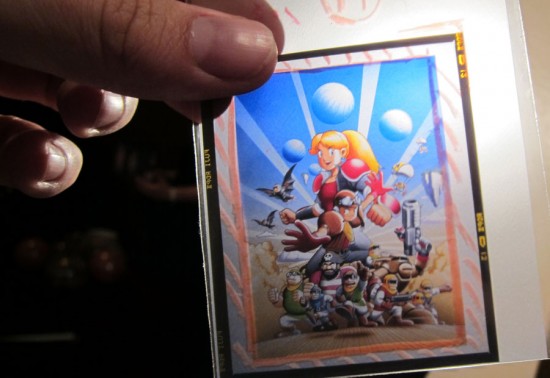 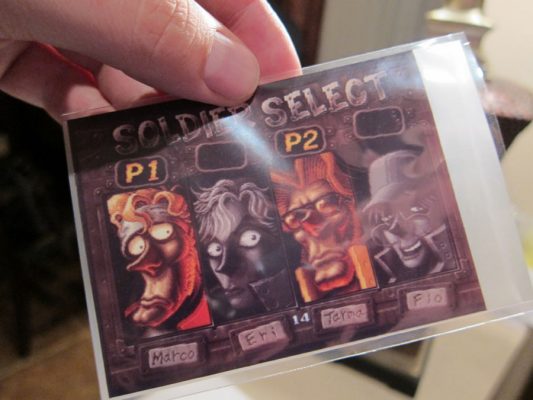 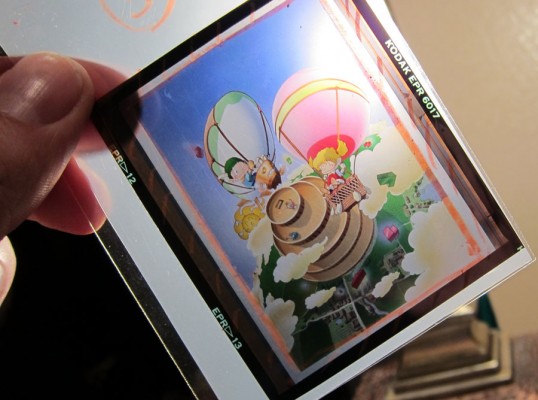 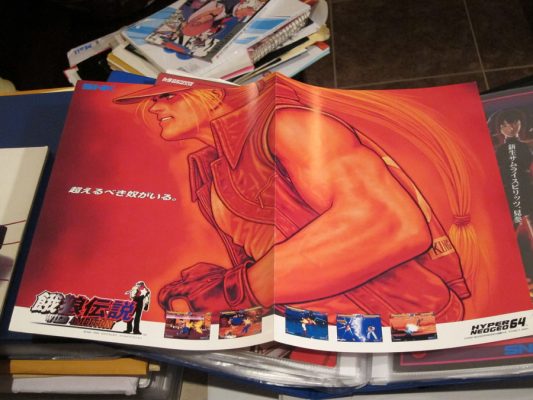 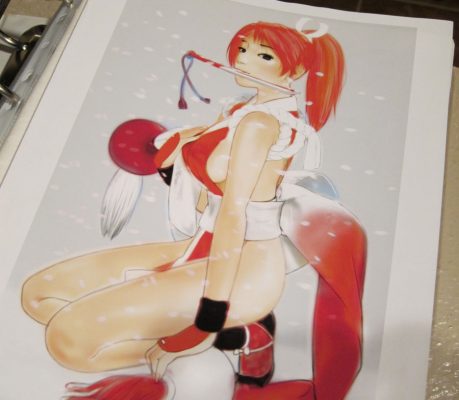 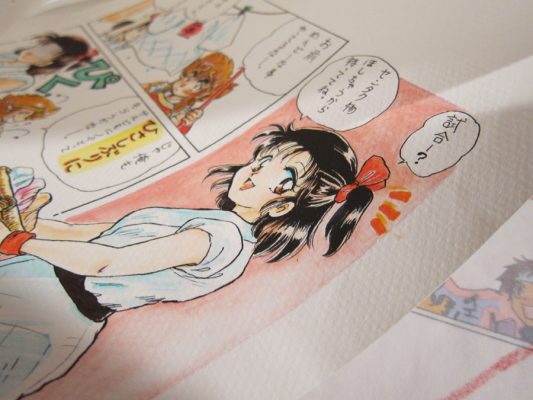 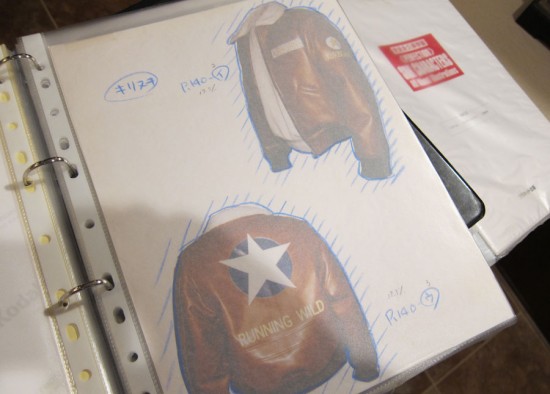 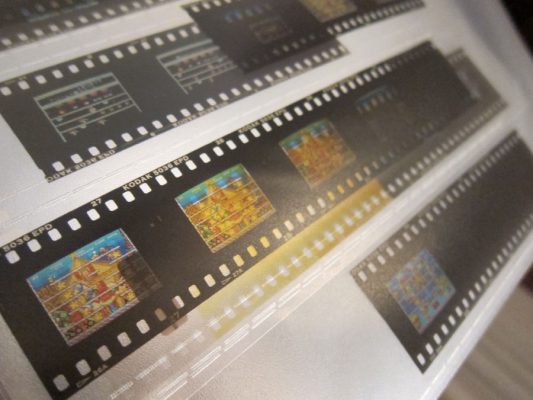 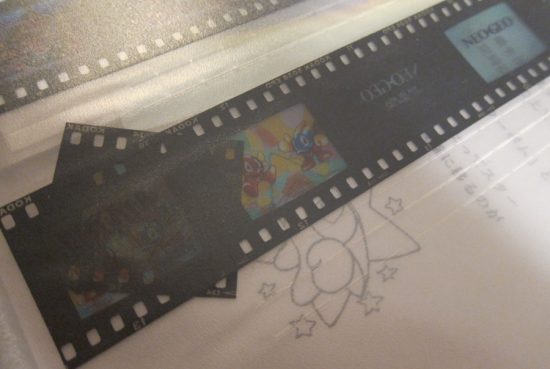 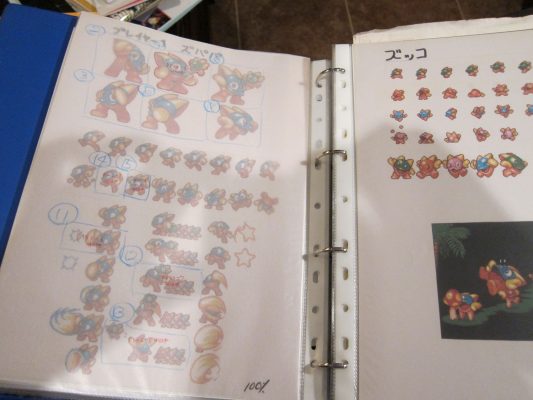 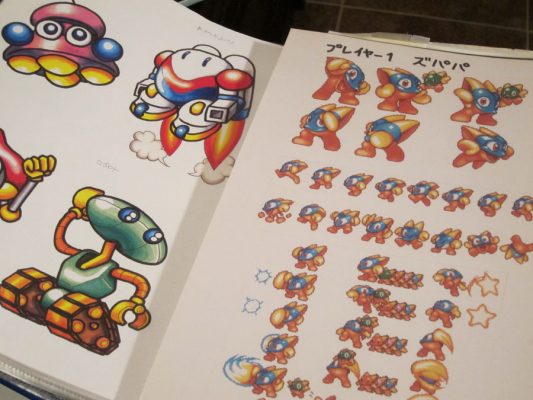 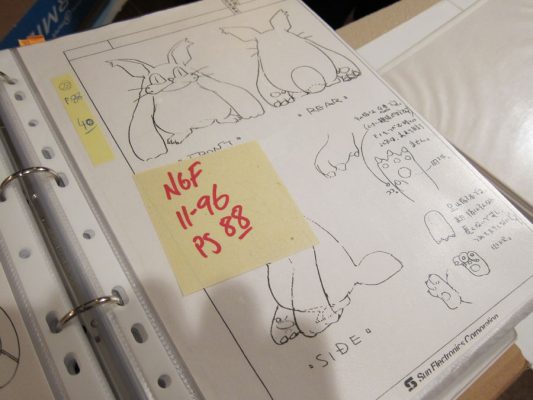 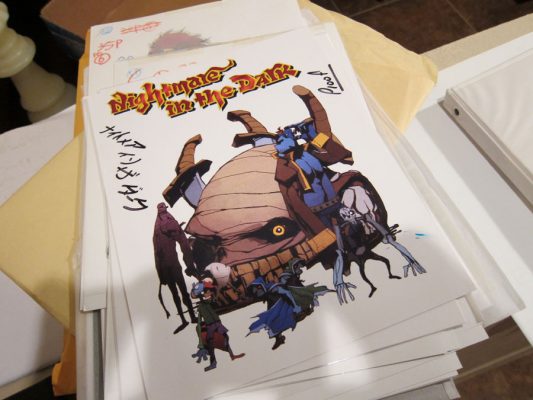 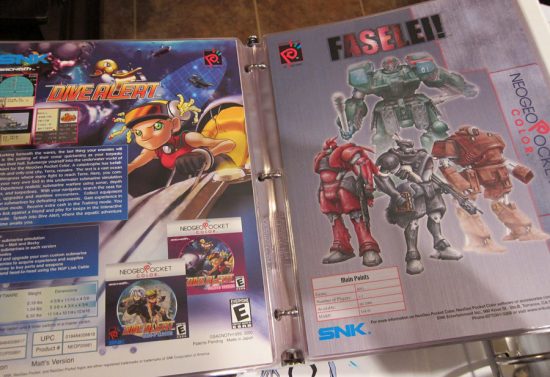 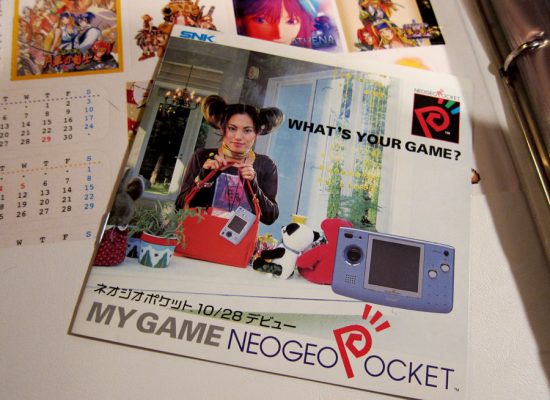 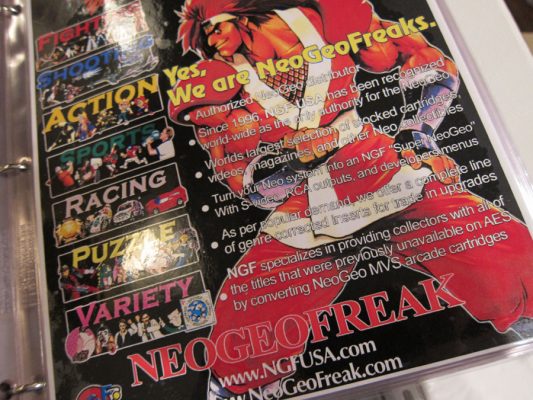 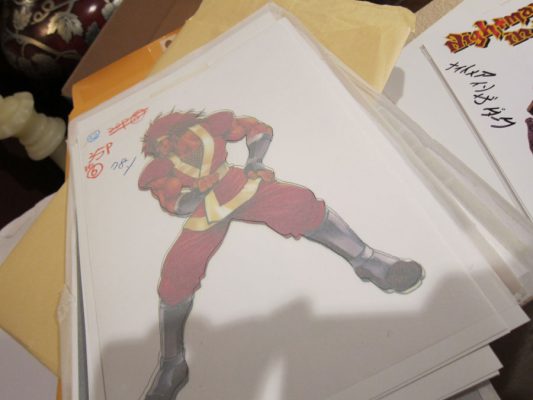 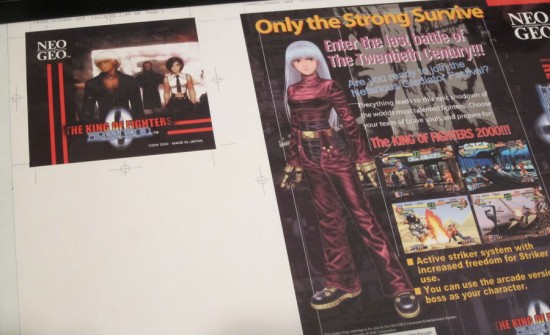 why would you give this douche any more attention….. Racketboy fails.

Thanks — I thought it was a very interesting experience and the conversations were informative.

Incredible interview with so much insight on the industry and neo geo. I don’t understand why some the fanboys at neo-geo.com complain about him. Dion seems like a smart guy and really sharp. It’s easy to see that he’s still very passionate about the neo. Excellent interview.

This was a great interview. The guy still seems kinda huge ego, but more humble than the Community describes. Great stuff!

What a great interview! Mr. Dakis is very informative about the industry & is direct & to the point. Great job!

Mr. Dakis just spilled the beans on the industry. snk being their own bootlegger for tax evasion was an eye opener and makes you wonder how many other companies do that.. thanks to dion and racketboy for such an amazing interview and pics.

The SNK bootlegger story is B******T. Dion used his status as the buyer of the rights to SNK-USA distro to sell low quality (printwise) conversions (taking an MVS and an AES cart, de-soldering the chips by hand, and then swapping them) to hardcore neo geo fans and passing them off as SNK originals. His excuse was that because he had the rights and the chips used in the conversion were SNK that he was in the right. He sold these for $600-$700.

But when you try to sell conversions as the real deal thats douche territory. Dion may seem like a nice guy when you are kissing ass but he is a major douche to his detractors face to face.

He seems like a cool guy and nothing like the rumors spread about him. he’s upfront and pulls no punches. Great interview.

playmore offered settlement money to ngf and said ngf inserts are official on their own web site. sounds like ngf is official to snk and playmore and to everyone but a few haters. i think that’s what dion was referring about the lack of maturity in the community. great great interview. dion seems like a great guy with tons of business experience.

i remember reading when snk got busted for tax evasion i had no idea they were selling their own games off the truck and claiming losses. no wonder the parent company sold them off so fast and without warning and it all makes sense. neo geo always had drama and stories and the fact that Mr. Dakis is willing to tell it like it is without worrying about being politically correct is very refreshing.

He seems cool as hell. Does anyone else think dion looks like a real life video game or movie boss character ? Private office and wears a rolex. He’s exactly as I imagined and the crazy part is he’s for real. This interview is legen(wait for it)dary.

People who are new to the hobby will never realize the years of thieving and lying that this cancer unleashed upon the Neo Geo community. All you have to do is Google “Dion Dakis Thief” to see a clear example of how Dion has lied and stolen money from not only online transactions, but also people he met directly in person. These interviews undermine the integrity of Racketboy by lending credence to the notion of Dion being any kind of Neo Geo expert. Whatever knowledge and possessions may be hidden within his storage vaults, the information gained is worthless as any veracity can not be distinguished from his innumerable lies.

what an obvious troll attempt by this mikhail dude. why would anyone come here and try to put down dion or racketboy for this interview which they did for all of us? If you don’t have anything good to say don’t say anything at all. How did Dion steal money from people in person? did he rob them with a knife or at gunpoint? hahaha If anyone has a legitimate claim against that Mr. Dakis then take it to the authorities otherwise you’re probably the person lying and looking for fame. It doesn’t look like he’s hiding from anyone since he’s willing to meet with racketboy staff for a video interview. Some of the neo fans are looking desperate with the constant lies and rumor spreading.

I never thought I’d say this but he seems like a nice guy and his stories were quite interesting. My view of him has definitely changed for the better.

As a neo geo owner myself I found this interview fascinating. Mr. Dakis seems so happy when he talks of how it all started and I simply love all his hand gestures and smiles of excitement. Great interview and loved the pics.

haha. a site full of suckers.

My opinion of this community has gone way down. If you guys all think that he’s a nice guy, then by all means to business with him.

Just to be clear, I’m not endorsing the guy or vouching for any actions in the past (whatever they may be). And there’s no business to be done with him anymore (unless you want to buy his SNK rights off of him).

I just thought it was interesting to talk with him. Simple as that.

BTW, just to give the other side of the story of things, check out this thread:
http://www.neo-geo.com/forums/showthread.php?59447-Thief-Scammer-Liar-The-Dion-Dakis-Story-%96-The-Definitive-Retrospective
Unless the guy is completely making it up, it seems that Dion was misleading in the past if nothing else. From what I can tell, Dion does have the legal rights to sell the things he was selling, but personally, I would have been more upfront about what I was selling (the MVS-to-AES conversions, different inserts, etc).

I think how he presented those products could have made a HUGE difference in how people perceived him.

On the plus side, there have been people that had good things to say about transactions with him (but Dion stated they are often deleted off of sites like neo-geo.com)
You can also see his good eBay feedback here: http://feedback.ebay.com/ws/eBayISAPI.dll?ViewFeedback2&userid=DKD4&&_trksid=p4340.l2560&iid=330726396503&sspagename=VIP:feedback&ftab=FeedbackAsSeller

Interesting interview for what it’s worth. Dion is definitely one shady guy though, that’s for sure.

I’ve done lots of deal with ngf and spoke to dion by email and phone and he’s always been helpful and really niice with lots of advice snd many times without making purchases. he told me not to buy the expensive games in the berginning cause i might get discouraged. he didn’t try to sell me anything expensive he also explained the difference between conversions are and carts coming with freaked inserts. only games with wrong stripes or japan games not released in usa had the ngf inserts. i can vouch for dion he’s a stand up guy. i loved seeing gthe videos thanks.

Awesome .
When do we get the Japhei interview,like how he discovered and released AES games and single handedly saved the Neo community from oblivion back in the days .