Up until recent years, the Atari 2600 game, Red Sea Crossing (see its mention in our guide of the Rarest and Most Valuable Atari 2600 Games) was a bit of a mystery.  A recent seller, however, did include the following advertisement from the October 7, 1983 issue of Christianity Today, which may be the only marketing ever released for the game.

We have yet to see the game in any form other than just the cart, but the advertisement states that the game was sold with a coloring book and an audio cassette.   It was only sold via mail-order and production was rumored to be around a hundred cartridges.

The recent seller of the cartridge said he/she had talked to the developer, and evidently the developer had a bunch in storage (dozens or a hundred) at one point, but doesn’t know where they are or where they may have gone. 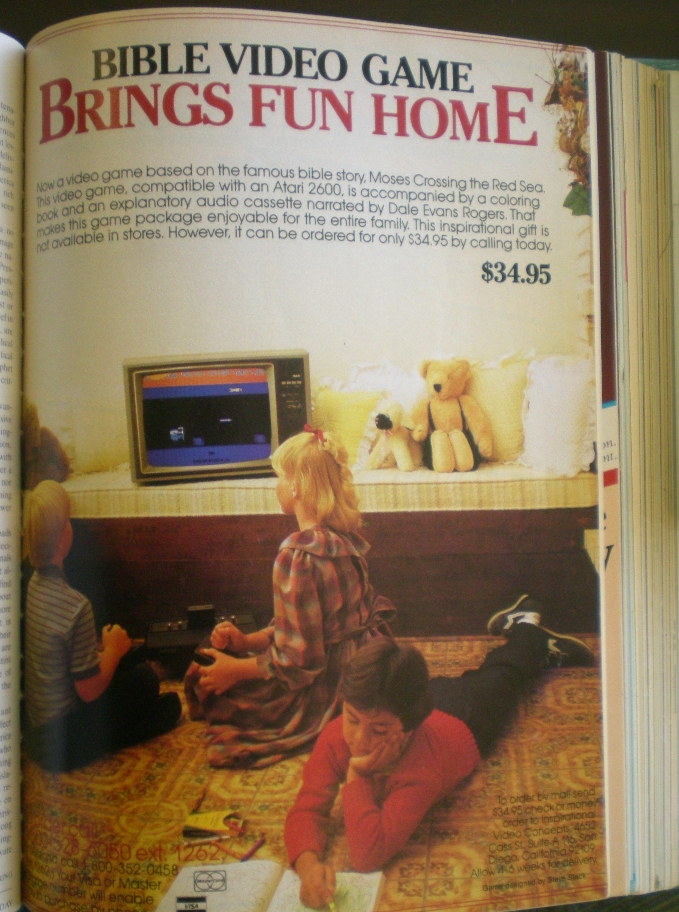 In case you’re interested, here is some gameplay footage of the Red Sea Crossing game