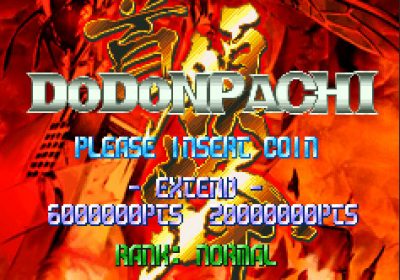 Presented by dsheinem New To Together Retro? Check out the introduction to the club Welcome to the final Together Retro of 2012! In a first for the club, we will be playing a bullet-hell shmup, so get your reflexes warmed up and get ready to experience the terrific  and terrifying 1997 classic DoDonPachi. Overview DoDonPachi is […]

In this episode we discuss our Black Friday gaming purchases, ponder what makes us retro gamers, debate a bit more on the Wii U, contemplate the values of standing while gaming, and respond to and answer a bunch of feedback and questions. We’re on Twitter: @racketboypodcst [Audio clip: view full post to listen] Download RSS […]

In the last of our PAX East 2012 interviews, Dave sat down with Leslie Redd, Director of Educational Programs at Valve Software, James Portnow, author of Extra Credits, and Dr. Elizabeth Lane Lawley Associate Professor in the Department of Interactive Games & Media at the Rochester Institute of Technology.  The roundtable discussion touches on a […]

Have you ever wanted to listen to Dave and John talk for almost four hours in one sitting? Now’s your chance! This show features lengthy discussions about the meaning of the word “offensive,” lots of needless genuflecting about Borderlands 2 and X-Com Enemy Unknown, a pair of sad answers about what game each host would […]

Stoic studios is a small development team made up of former Bioware employees.  The team at Stoic is developing the successfully kickstarted game The Banner Saga.  The Banner Saga will be released in separate parts; first as a free to play online multiplayer game ad then as a single player campaign experience.  The […]

Charlie McShane is the chief architect of an upcoming game based on the well-known British internet gamer video series known as the Yogscast.  He’s been hard at work on Yogscast: And the Mystical Dream Tower and recently took some time out of his busy schedule to talk with the Racketboy Podcast about the game, his […]

In this episode we discuss your thoughts on obscure games and consoles you enjoyed growing up, share our thoughts on the Neo Geo X and changes to the Steam EULA, and Dave talks too much about the 7800 while John laments not playing enough RPGs. We’re on Twitter: @racketboypodcst [Audio clip: view full post to […]

Trent Oster is a founder of Beamdog and of Overhaul Games and the Creative Director for the forthcoming Baldur’s Gate Enhance Edition, a series he is very familiar with from his many years working at Bioware.  In this episode of the show, John interviews Trent about a number of interesting topics, and Trent shares a […]

Racketboy Podcast #40 – A Setting of Difficulty

Inconsistent internet connections, lightening strikes, power outages, and dropped calls tried to stop this podcast from seeing the light of day, but we have persevered to enthrall you with tales of Treasure, to humor you with our feeble progress in accomplishing Summer gaming goals, to rile you up with our rankings of Final Fantasy games, […] 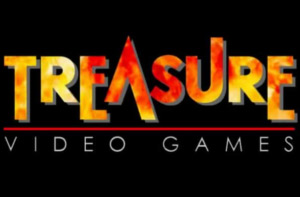 New To Together Retro? Check out the introduction to the club Concept We’re featuring a double bill of Treasure games this month, each of which are highly regarded classics that represented the strengths of their respective systems and continue to shape game development to this day. Neither games takes an exceptionally long time to play […]

David Gaider has worked on a number of projects in his time in the industry including the Baldur’s Gate series, the Knights of the Old Republic series, and most recently the Dragon Age games.  David has also written several novels and comic books based on the Dragon Age franchise and has become known as […]

In this show, we cover E3 2012, highlighting those titles that we think will be of interest to the retro gamer. Listen in to hear what our hosts thought was the game of show, what their thoughts on the event as a whole are, and where they think the industry is headed. We’re on […]

Another of our PAX East 2012 interviews, this episode features Timothy Loew of the Massachusetts Digital Games Institute talking about how his organization is bringing together the state’s academic institutions  and various large and small companies in the games industry to foster a successful environment for people to create exciting new games, find careers […]

This episode of the show features our stalwart hosts in a roundtable discussion with two expert corespondents on the subject of retro sports video games. Forum members retrosportsgamer (of Retro Sports Gamer World) and sevin0seven joins us to run down our favorite 8-bit and 16-bit titles, talk about what makes a great sports video game, […]