Dave and John talk about games old and new, about what to do with broken consoles, about sexism in games (again), about summertime games (again), and about what they’d like to see from future software and hardware emulation. Games discussed in some detail: Eathbound Shin Megami Tensei IV Call of Juarez Gunslinger Skyrim Dragon Age […]

Dan Geisler is a long time game industry veteran who has worked on titles across many systems and generations of hardware, and he sat down with Dave to talk about his groundbreaking work on the Road Rash series of games (for which he was one of the lead designers). In the interview he discusses […]

Racketboy Podcast #60 – The Show of the Game of the Generation

In this episode Dave and John talk about what they’ve been playing and picking up, discuss last month’s E3 and the Xbox One controversies, banter about games with fireworks, and answer your questions before discussing spoilers about The Last of Us at the end of the show (after the outro music). Games discussed in some […]

Last year the Racketboy Forums held a charity auction where one of the prizes was a chance to bring the forum moderators onto the show (once again) and ask them any ten questions that were desired. This episode is the result. You’ll hear the forum moderators discuss everything from their other hobbies to their earliest […]

Jordan Weisman is an accomplished creator in both the tabletop/pen and paper games industry and in the video game industry and is responsible for introducing many of the innovations that are now taken for granted in both arenas. Best known by gamers for his work on Shadowrun and MechWarrior, in this lengthy interview he gives […]

Dave and John are joined by Operation Rainfall’s Chris Stollings (maruaderex) to discuss what they’ve been playing, what they think of recent retro news, their take on multiplayer vs. single player FPS experiences, and the site’s new RPG of the month club. Listen for the first show “flashback” around the 16 minute mark! Games discussed […]

Dave and John talk about what they’ve peen picking up and/or playing, AppleQueso comes on board as the show’s producer, and questions about westerns and other neglected genres are supplemented by some boob talk. We’re on Twitter: @racketboypodcst [Audio clip: view full post to listen] Download RSS Feed: http://www.racketboy.com/podcast/feed/ Subscribe to iTunes –Show Outline:– (Tempest […]

Dave and John ventured to PAX East in March and decided it might be a good idea to record their thoughts on what they saw at the show while driving away from the convention. Hear Dave almost crash, hear John marvel at a few inches of snow, and hear two tired gamers struggle to remember […]

In this episode Dave & John sit down with husband and wife cosplayers Crystal and Todd Graziano for an interview.  They cover costume design and construction, the social details of the cosplay world, and tips for beginners. You can see more of Crystal’s cosplay at: http://www.facebook.com/crystalcosfx http://www.crystalcosfx.com/ you can also follow her on Twitter: @itsprecioustime […]

In this episode we talk a bit about the possibility of a new Ecco the Dolphin game, the post-Dreamcast Sega lineup, gamers that hate games and other gamers, and tackle your comments and questions. We’re on Twitter: @racketboypodcst [Audio clip: view full post to listen] Download RSS Feed: http://www.racketboy.com/podcast/feed/ Subscribe to iTunes Show Outline: (02 […]

Racketboy Podcast #50 – A Peek at What Never Was

For our 50th Episode we thought it might be fun to show you a peek behind the curtain of the show by airing some things that (for good reason) never made it into an actual episode.  In this episode you’ll hear the intro to an episode made exclusively for the first Racketboy meetup (in Texas […] 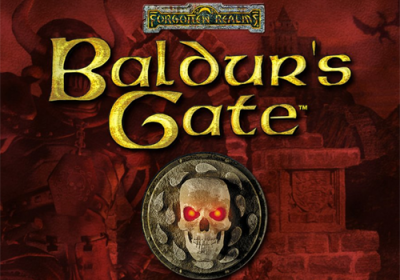 presented by Ivo. New To Together Retro? Check out the introduction to the club What Made it Special? Baldur’s Gate is a computer role-playing (RPG) game developed by Bioware and released in late 1998. For the game, Bioware licensed the popular fantasy setting of the Forgotten Realms (including cameos from famous characters of the setting such […]

In this episode we discuss our usual breakdown of game pickups, what we are currently playing, and life events.  We also dig into some shmups and Pier Solar news, discuss stealth games, revel in the comedy of a forum post, and finish up by responding to feedback and questions.   We’re on Twitter: @racketboypodcst [Audio […]