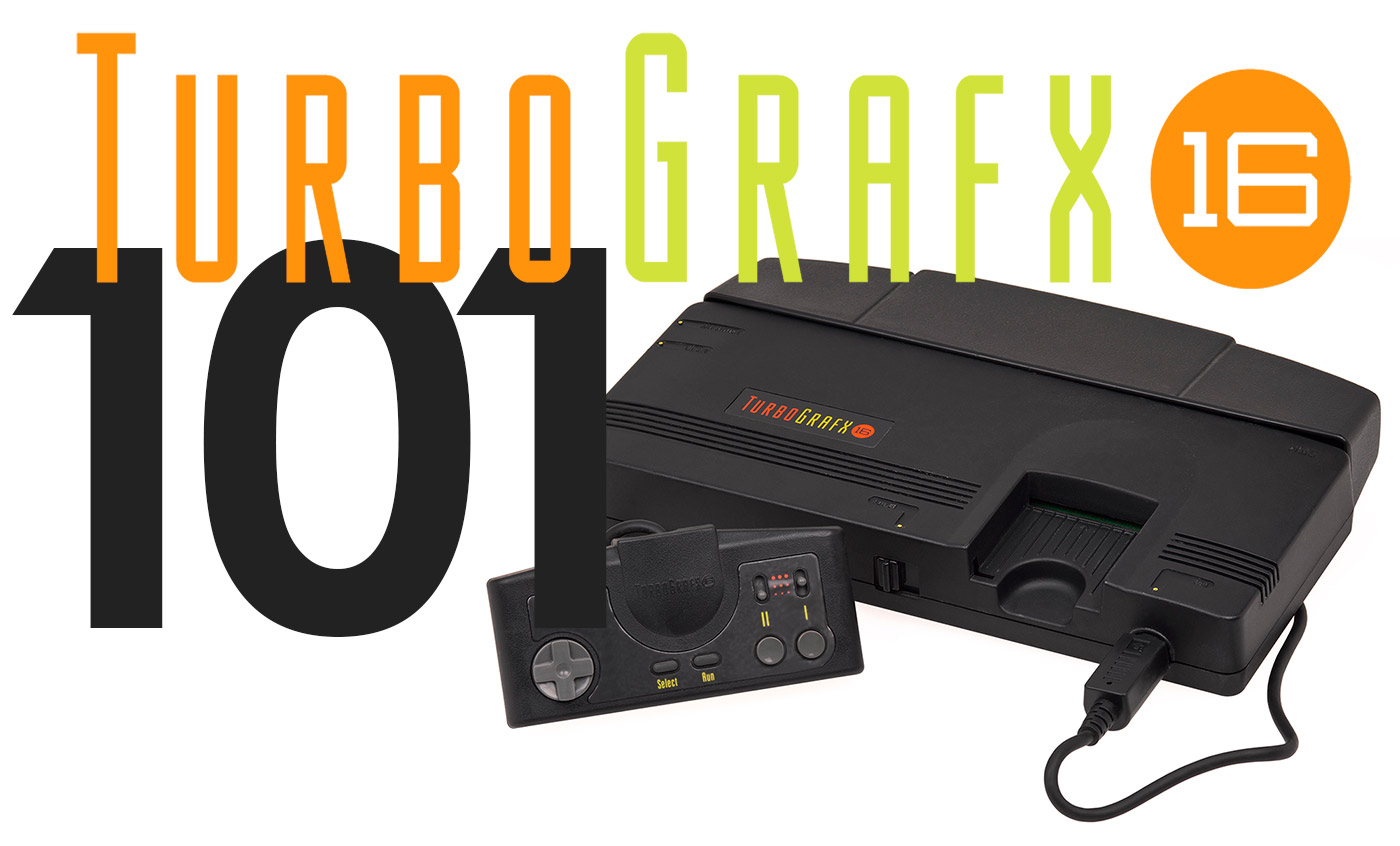 The RetroGaming 101 series is aimed at gamers who are just starting out in the classic gaming scene or are curious about older consoles they don’t yet know much about. Those of you who are especially knowledgeable about the featured console are encouraged to contribute any information that you think would be beneficial in the comments section. If you are new to the featured console and still have questions, you can also use the comments section and I will do my best to help you out.

This guide was originally published back in 2007, but it has been expanded and brought up to the standards of our newer guides! Lots of information on the Japanese version of the system has been included, since the TurboGrafx-16 experience benefits greatly from multi-region gaming. 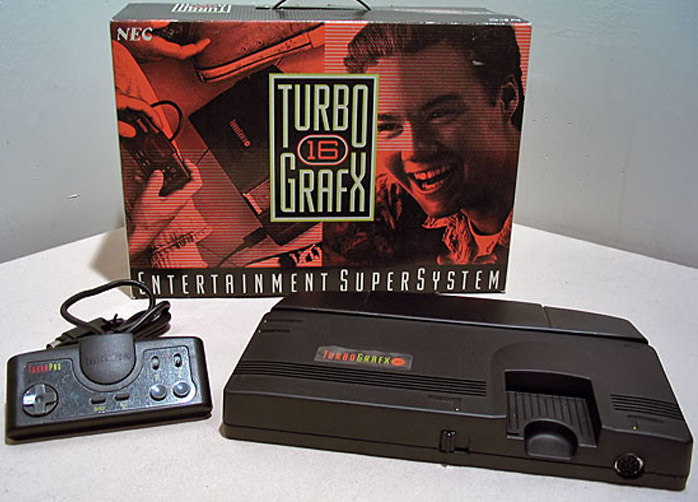 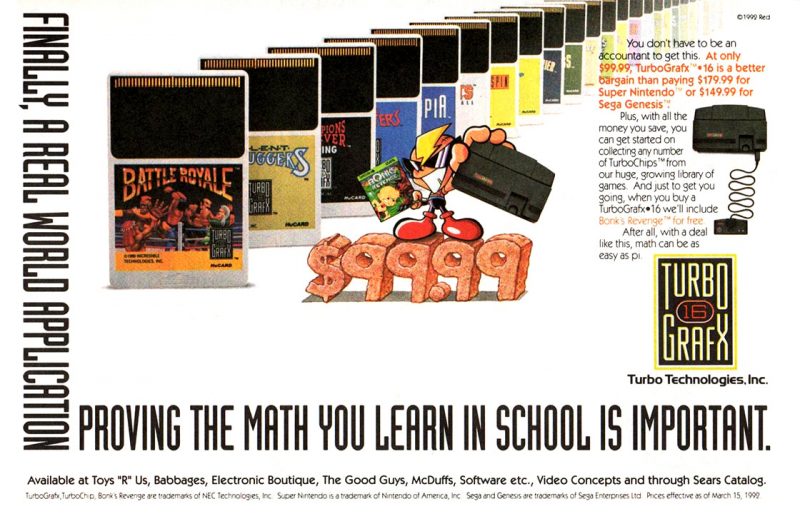 Console Hardware Variations and Upgrades (US) 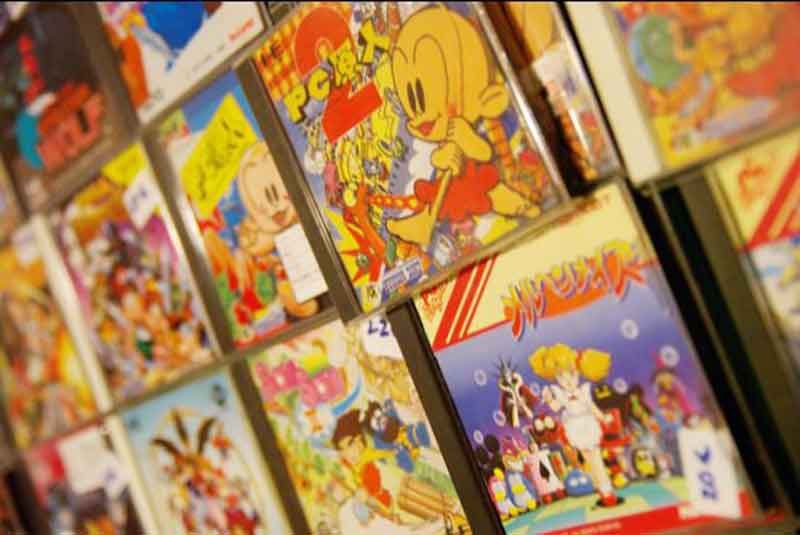 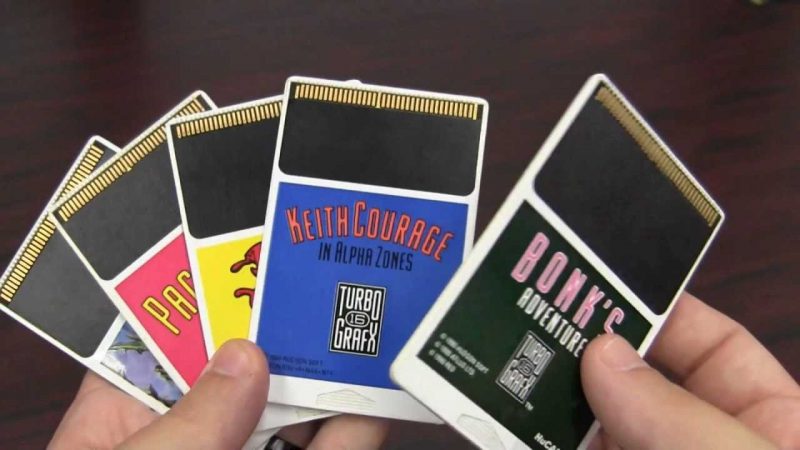 Accessories (Japan, Unique Only, Highlights Only) 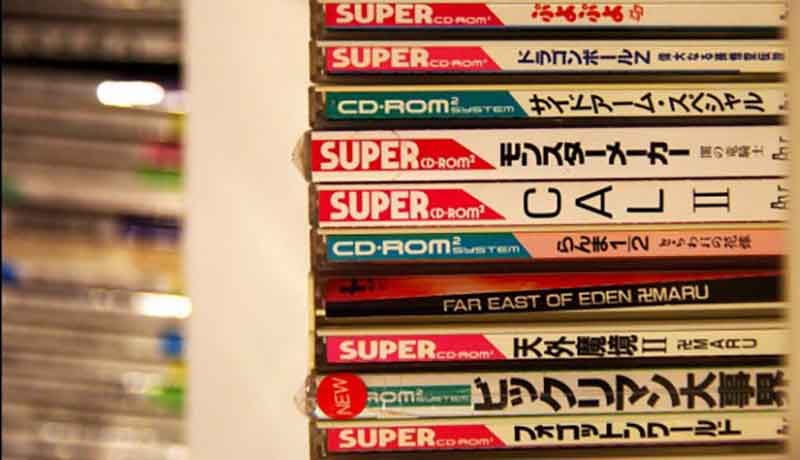 The PC Engine homebrew scene used to be pretty low-key, but it has seen a resurgence as of late. There are currently six major titles that have been released commercially, a few others in ROM format or bundled, and a few tech demos. There are an additional 6-9 titles currently under development by several different developers. Here are the titles released commercially which are currently available. Any of these titles can be purchased at Good Deal Games or, excepting Revival Chase, directly from the developers. (NOTE: Thus far, only CD titles have been released, but Aetherbyte has a cart title in the works on a homemade cartridge.)

Some great homebrew hardware is also available, for those who want to play homebrew ROMs, translated ROMs, and ROM hacks. 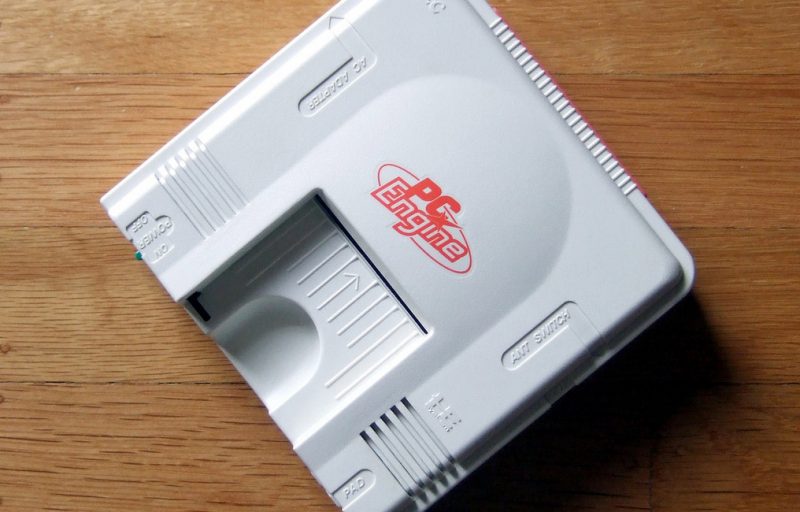 Something very weird happend to every single word that ends with “l.”

I just happen to own a Turbo Express as well!

I thought the NES was the first to have the multitap – four score. But I could be wrong.

Alejandro, I thought I caught most of those (I think I messed something up with a Search & Replace)
Where are you still seeing them?

My brother picked up a Turbografx16 for $5 at game craze in the late 90’s and it was pretty darn fun. Funny though, the story of this system smells of the 3do… Popular in Japan, tanked in America (although the 3do made more penetration anyway)

Reply
Pingback: PoisonMushroom.Org - Combing the Net So You Don’t Have To » Blog Archive » Points of Interest - 6/15/07

By the way, the post seems fine to me as far as the Is go, too.

Do you know why the Wii is selling so many units? BECAUSE it plays Turbographic 16 games THATS why!!!!

You know so much about retro gaming…

It’s interesting to see you mention Magic Engine, because it’s an awesome emulator, yet I could never get it to run Valis (actual disc, not a copy). I own Valis II, as well, which runs fine, but Valis tends to reset over and over again at the first screen that appears whenever the game boots up. Very annoying, because I’ve always wanted to play it.

More popular than the Famicon in Japan? Really? O_O
Did this system actually get released in the UK? They have the TG-16 games on the Euro Virtual Console, but I never remember it ever being released here, nor had I even heard of it until a couple years ago, and I remember all the systems that bombed in the 90’s..

Ahh…I somehow got Valis working in Magic Engine. Sweet game. It’s such an improvement over past Valis games.

fastbilly1, according to the Wikipedia entry for multitap the PC Engine’s multitap was the first. The WP entry for the NES Four Score indicates it was released in 1990. I know the original PC Engine design has only one controller port, and you can bet they weren’t planning on releasing any 2-player games. I suspect a multitap was part of the original design manifesto. Still, the PC Engine Bomberman wasn’t released until 1990. I don’t know when the earliest 2PS game was released for the PC Engine, however.

Well done on a great article. I use to own the PC-Engine which I had imported because these machines never made it to Europe. I paid £180 for the console which is the cost of a Wii, so quite expensive for 16 years ago. I love the fact that I can now play all my old favourites on the VC, thanks Nintendo for not being so mean anymore lol

“You can just burn a CD and stick it in the system and it will run any compatible code present.”

yeahhhhh. no. never worked for me… the Turbo Duo CD drive has got to be the cheapest piece of electronics on this face of the earth. Thank god for the Xbox – PC Engine emulator.

My biggest pet peeves: short controller cord length and RUN+SELECT auto reset without confirmation! I’ll ALWAYS remember that one faithful day, 4AM, deep in some Neutopia II dungeon when I accidentally reset the game and I lost all progress (password based RPG)… man!

But this is the system on which the Ys series really came alive so I’ll cherish it until my dying day!

there are tons more but that’s jsut the short list that came to mind.

2. ”As mentioned above, the Wii’s VirtuaConsole is the most affordable solution for playing the TG-16 games available through the service. Lacking from the Virtual Console are CD games.”…….. hm, i prefer to download the entire ‘turbochips’ collection in 5 minutes and completely free instead of waiting 3 years until 40% of the games appear on VC and paying some hundred dollars to download them all ‘one by one’….. i really dont understand why most people keep being so ****** and keep paying for these 15 years old games… illegal, illegal, blah, blah, what most ‘retro gamers’ dont realize is that most designers/programmers that made this games are already retired or work on different companies…. and dont get the money you give them thru Wii’s VC…. the publishers and Nintendo are the ones that keep all the money with them…

I’ve found Mednafen to be a more solid emulator than Magic Engine, with its sole flaw in emulation (if you could even call it that) being that it doesn’t support improperly dumped ROMs (such as the byteswapped US HuCards that GoodPCE show as good; you’ll sometimes see people refer to these as “encrypted”). Other than that, the wickedly off-putting interface and somewhat high system requirements are the only reason I can see anyone avoiding it.

The Xbox port of Mednafen is pretty snazzy other than I absolutely hate the forced adoption of the “perfect CUE” system, which I’m still not absolutely sold on. Perhaps if someone could explain precisely why CDRWin generates different TOC data than CDRDAO and why it’s somehow better, then I’d be more accepting of it. As it is, I can’t rip BIN/CUE images of any of my games and play them in Mednafen-X; I still have to stick to using the CDs or convert them to CUE/ISO/MP3 (which I absolutely hate doing).

At least it adds an interface! IIRC it may support the byteswapped ROMs as well, but I honestly don’t remember (I used PCEToy to clean up everything a while back)

Ootake is pretty damn excellent as well, along with being frequently updated (weekly or sooner, generally), free, and highly compatible. It seems like whenever I do actually stumble on a problem with a game in Ootake, that same problem winds up getting fixed within the next release or two. Clazy.

Great comment, RoushiMSX!
I will have to look into those!

This article was linked to on the front page of gaming.ars. Nice work RB!

I have to say that the TG16 is my hands down favorite console of that generation. I have spent more time on MednafenX than any other Xbox emulator, trying to get each of the CD games to work perfectly. It can be very finicky with CUE files!

Also, as I’m sure many of you have already noticed, Underground Gamer is just a couple of games away from a “PERFECT” TG16/PCE (HuCard and CD) collection. Tipping the scales at well over 120GB, that is a very impressive accomplishment.

I’ve used Mednafen for quite a while, but I’ve only briefly used it for it’s PCE/TG16 capabilities. But it does perform fine for those systems, as far as I’ve seen. I mainly use it for GBA games, as Mednafen is the only updating emulator of GBA, and it performs a bit better than VisualBoyAdvance for very high-requirement games (like Gunstar Super Heroes, lags like hell in VBA but Mednafen handles it fine). Although I only use Mednafen in Linux, as I can’t manage to build a binary for Mac OS X, and I’ve since abandoned Windows. And if you’re using Linux, Mednafen is really the only good option available, as MagicEngine has no Linux version or source code, so a Linux port will not be available any time soon.