So What Was The NES Select Button For?

Note from racketboy:  You can definitely tell when Fastbilly1 is passionate about a topic…. This time he shares his thoughts and research of an oft-overlooked component of the Nintendo Entertainment Systems, the Select Button. Often it is shoved to the side, disregarded, or the target of outright hatred.  Many gamers do not believe it is […] 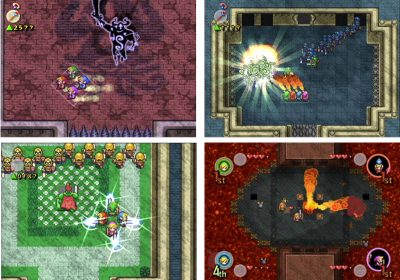 Note from racketboy: fastbilly1 shares one of his favorite hidden puzzlers from the Super Famicom (SNES). I admit that I had never heard of this game, so I want to thank him for pointing this gem out. It is always nice when you have a craving to play a classic games like Tetris, but end […]

Note from racketboy: To commemorate the 20th Anniversary of the original Final Fantasy, racketboy.com contributer, Fastbilly1 has spent a great deal of time putting together a look back at this landmark RPG series. This look back at both the original game and the extensive and diverse series that followed is filled with both an historical […]

We begin our journey in a cave with our ambidexterous quadruplet orphans, unless you are playing the DS version and you have a “well thought out” party of heroes…  Head the only way you can, looting as you go, until you are met with your first boss.  The land turtle should be a fairly easy […]

You begin in a fight with four darkknights.  This fight is ofcourse a loosing battle and soon after you loose Firion will wake up in a room with two white mages.  They ofcourse state the obvious in their cliché phrases: “You are lucky to be alive” and what not.  Soon after you begin to […]

We begin with the party of Light Warriors outside of the providence of Coneria.  All the towns are the same, so no reason to go to each of them (this applies throughout the game).  In the original game you did not have to go talk to the king and you could just head out on […]